This week, we tested Peter Dyakowski on everything from cabbage to soccer. He scored 80 per cent. 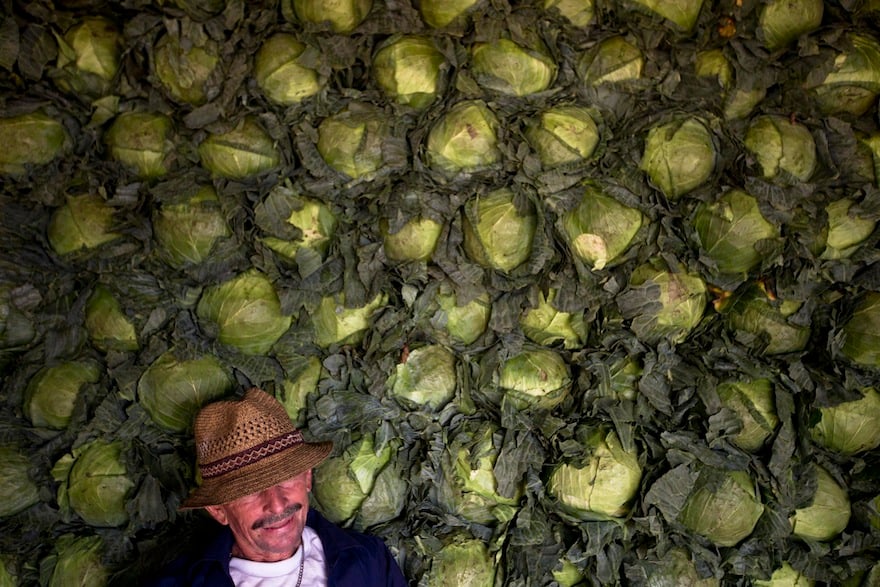 Alejo Lopez, 62, sits against the cabbage he sells at the Oriental market in Managua, Nicaragua. (AP Photo/Esteban Felix)

This week, we tested Dyakowski on everything from cabbage to beans, from soccer to biking. And even though he’s in the middle of training camp, Dyakowski managed to impress with his score. “Maybe I was a little premature with my comments last week: another week of football (including a pre-season game) and my score has slipped considerably,” he said. “Rather than blame the 100 hits to the head between then and now (two quizzes make for an insignificant sample size anyway), let’s just call it regression to the mean.” He scored 80 per cent.