This week, we tested Maclean's Genius Peter Dyakowski on everything from the Opposition Leader's house to People Magazine's Sexiest Woman Alive. Can you beat his 77 per cent? 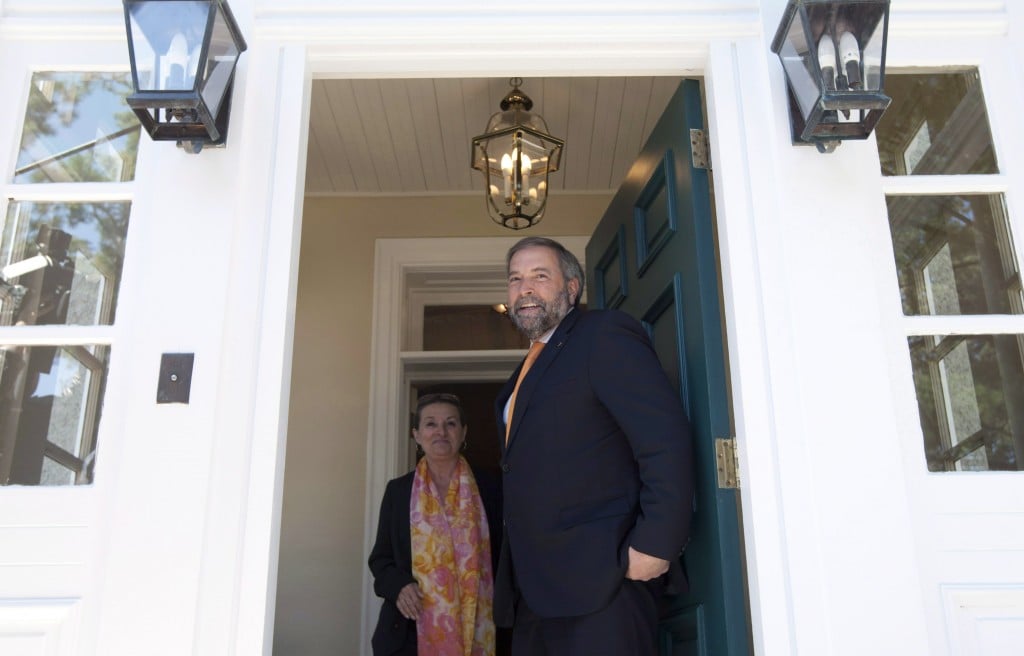 NDP Leader Tom Mulcair and his wife Catherine Pinhas pose in the doorway of the designated home of the Opposition Leader in Ottawa. (Adrian Wyld/The Canadian Press)

This week, we tested Dyakowski on everything from the Opposition Leader’s housing in Ottawa to People‘s Sexiest Woman Alive. “I was shocked to see that my wife Rachel was not listed as an option for that question,” said Dyakowski. He scored 77 per cent.