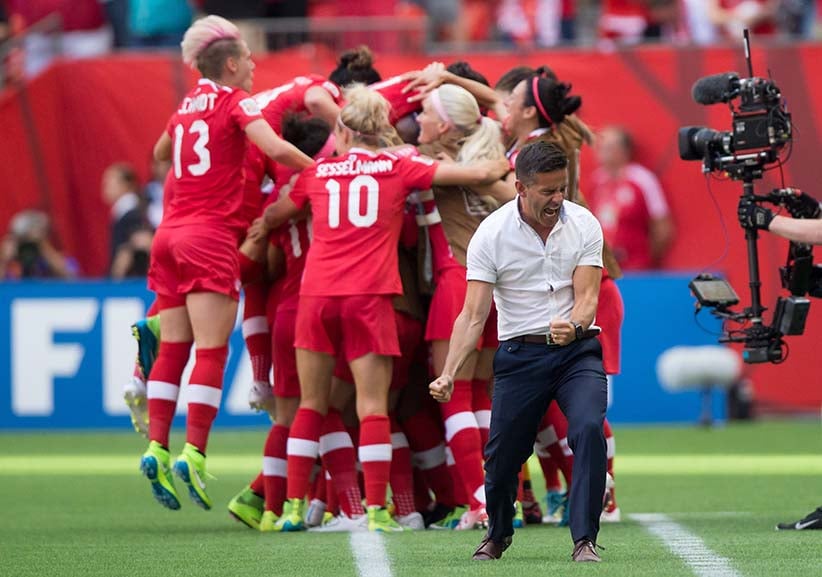 Win: Coach John Herdman celebrates after Canada scored against Switzerland at the FIFA Women’s World Cup at BC Place in Vancouver (Darryl Dyck/CP)

With the truth about the abuse of Aboriginals now part of the public record, Canada is getting serious about the reconciliation part. On Thursday, the Manitoba government apologized for its role in the Sixties Scoop, which saw more than 20,000 Indigenous children swept from their communities and adopted out. Then, on Monday, Alberta Premier Rachel Notley apologized for the province’s failure to take a stand against the residential school system, and joined the call for a public inquiry into murdered and missing Indigenous women. If we keep this up, Indigenous Canadians might believe their relationship with the rest of the country has at last reached a turning point.

Related: It’s time for a federal inquiry into missing and murdered Indigenous women

Pope Francis’s recent warnings about the dangers of unfettered capitalism and climate change aren’t exactly new, although they do reinforce the notion that global solutions will require far more moral fibre and shared sacrifice than has so far been displayed by politicians. However, the Pope’s call to action might have found a more receptive audience if the Catholic Church had shown more capacity to address its own problems, including its views on homosexuality, contraception and women being ordained as priests (just last week, the Pope rejected the idea of appointing women to Vatican leadership roles). Talk is cheap—even when it comes from on high.

Another terrific week in the FIFA Women’s World Cup started with fans packing BC Place stadium to its concrete gills for a match between the U.S. and Nigeria (result: Yanks 1, Nigeria nil). Then came Canada’s 1-0 win over the Swiss, which punched the team’s ticket to the quarter-final and gave this country just its second win at a World Cup knockout stage. This too played out before 54,000 fans at BC Place—all while the corruption scandal in soccer’s highest circles rages on. More proof that the game is so much more than FIFA.

Related: Goalie Erin McLeod is pitch perfect and ready for the Cup

An “unprecedented” demand for high-fat butter and cheese is creating an ocean of unwanted skim milk. Officials at the Dairy Farmers of Ontario say 5.4 million litres of excess skim milk was produced last month. Some 800,000 litres of that was dumped into farm manure pits. Normally that surplus would at least be dried and sold as animal feed. Or, better yet, in a system without strict management of price and supply, prices would drop, demand rise and consumers would ultimately benefit. Yes, you can cry over spilled milk. 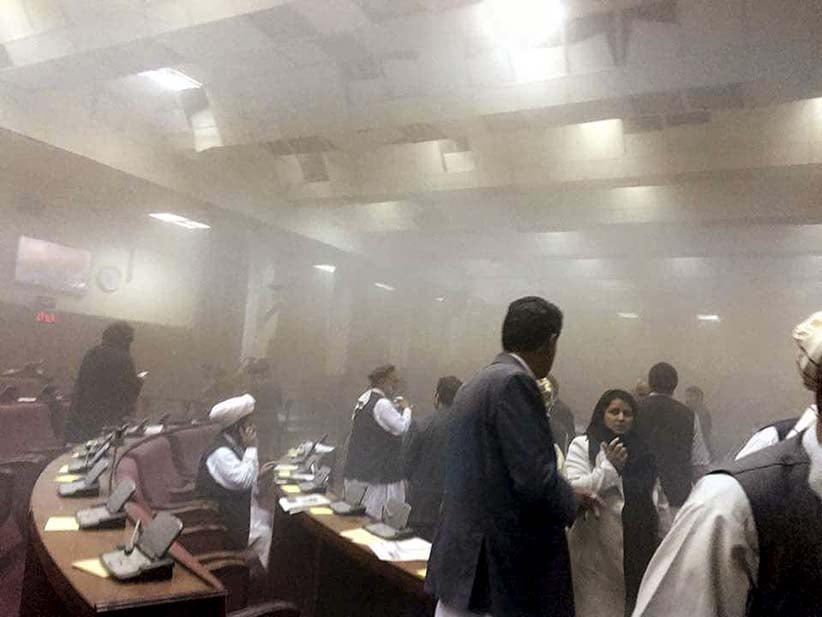 Under siege: Members of the Afghan parliament are evacuated after an attack by six gunmen and a suicide bomber that killed two and injured 28 (Naqibullah Faiq/Reuters)

Bad news: Boots on the ground? Maybe not

Relief was almost palpable last month in Surrey, B.C., when Ottawa announced funding for an additional 100 RCMP officers to help cope with a recent rash of gang shootings. But where is this red-coated cavalry? The Conservative government claims 20 officers have already arrived, but no one else—not the city of Surrey, nor the local MP, nor the RCMP itself—seems to be able to find them in head counts. So much for what was billed at the time as more “boots on the ground.” If they’re there, they’re worn by the world’s lightest-footed cops.

More than 35 government-run “computer centres” in Cuba will soon be equipped with WiFi, and the cost of access will be more than halved to just US$2 per hour. It represents another step to reconnect the island with the rest of the world—a process that began earlier this year with U.S. President Barack Obama’s historic meeting with Cuban President Raúl Castro. It may also mean more fans for Taylor Swift, the Internet’s reigning queen, who this week got the world’s most valuable company—Apple—to change its online music-streaming policy with a single Tumblr post.

You see them everywhere (though they don’t see you): digital zombies thumbing smartphones. They clog pedestrian traffic, thumb blindly while crossing roads, bump into lampposts and wind up in emergency wards. Utah Valley University has wisely determined that what can’t be curtailed can be controlled. The staircase in its new Student Life and Wellness Centre has three lanes: walking on the left, running in the centre and texting on the right. Now if someone sends students a text perhaps they’ll pick the right line.

Good news: I can has happiness?

Could this be the key to happiness: eating pickles while watching cat videos? Probably not, but two studies offer food for thought. Researchers at the College of William & Mary and the University of Maryland found students who eat fermented probiotic-rich foods like pickles, sauerkraut, kimchi and yogourt had healthy guts and less “social anxiety.” And a study in the journal Computers in Human Behavior finds watching some of the two million cat videos on YouTube boosts energy and feelings of happiness. Productivity, however, goes out the window.