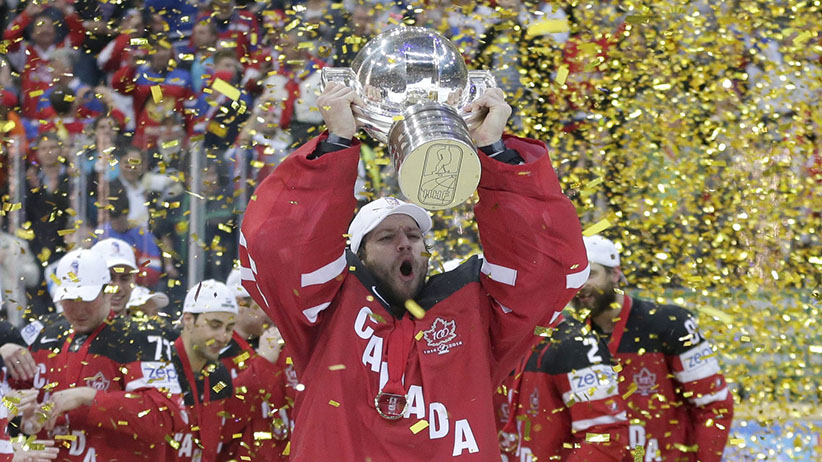 Hockey fans brooding over Canada’s 22-year Stanley Cup drought won a consolation prize after Team Canada beat Russia 6-1 at the IIHF World Championships in Prague. The decisive win was marred only by the Russian team’s early exit from the ice before O Canada was played—a move Don Cherry denounced as having “no class whatsoever.” In the team’s defence, however, they were forced to play under the shadow of Vladimir Putin’s epic on-ice performance a day earlier. The Russian president scored no fewer than eight goals en route to an 18-6 win in an exhibition match that featured some of the slowest-skating ex-NHLers in history.

Languishing oil prices threaten to throw Alberta’s two largest cities—Calgary and Edmonton—into recession, the Conference Board of Canada warns. Calgary’s once roaring economy is forecast to shrink by 1.2 per cent this year, while Edmonton’s is expected to contract by 0.8 per cent. Meantime, the beleaguered Alberta oil sands will remain as controversial as ever, after Ottawa largely left out the carbon-intensive industry from its plan to cut emissions by 30 per cent from 2005 levels over the next 15 years.

Good news: To serve and not terrorize

U.S. President Barack Obama announced this week a ban on providing certain kinds of military equipment to local police forces, including grenade launchers and camouflaged uniforms. Heavily armed police played a key role in the violence that erupted last year in Ferguson, Mo., and a string of fatal police shootings has sparked a wave of criticism about policing in America. If there is any hope of diffusing tensions between the police and black communities, getting officers out of tanks and back into cruisers is an obvious first step.

Bad news: Beyond the call of duty

Newly released government documents show that Navy mechanics in Halifax went looking for parts on eBay to keep the rusty HMCS Preserver afloat. The documents suggest that many parts on the 45-year-old refuelling and resupply ship were “beyond acceptable limits”—the reason why both the Preserver and sister ship HMCS Protecteur were slated to be decommissioned before replacements arrive. The Navy’s sailors are expected to be resourceful, sure, but their lives shouldn’t depend on outbidding online collectors of vintage Cold War memorabilia. 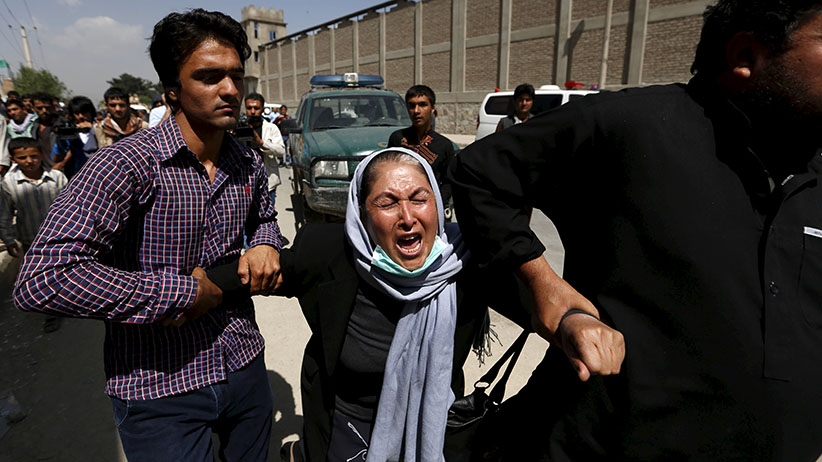 A woman reacts as she looks for her relatives at the site of an attack in Kabul, Afghanistan May 17, 2015. A car bomb rammed a convoy of foreign troops near the main airport in Afghanistan’s capital on Sunday, killing at least three civilians in the latest attack in the city, police and a witness said. (Mohammad Ismail/Reuters)

The European Union is not usually quick to resort to force. But member states feel they are facing a threat so perilous—prospective migrants from Africa and the Middle East—that military action is needed. Navies roaming the Mediterranean will soon be targeting smugglers whose rapacious attempts to ferry migrants to Europe have resulted in thousands drowning at sea. Migrants aren’t faring any better in Southeast Asia. Hundreds fleeing poverty and persecution, or simply seeking a better life, are adrift at sea, turned away from shore by the navies of Thailand, Indonesia and Malaysia. So much for that old law of the sea to help those in distress.

Good news: Boots on the ground get their man

American special forces launched a nighttime raid into Syria last weekend, killing “Abu Sayyaf,” a man U.S. officials describe as a senior member of the so-called Islamic State. This was the first publicly acknowledged mission involving U.S. “boots on the ground” in Syria since a failed attempt to rescue hostages last summer. Such missions are ever more important in the fight against Islamic State, given the failure of Iraq’s armed forces to defeat the group in large-scale engagements. Last week, Islamic State overran the Iraqi city of Ramadi, barely 100 km from Baghdad.

Bad news: Bombs away at Bombardier

Bombardier plans to cut 1,750 employees from its business jet unit, adding to the 4,500 positions already slashed across the company this year—part of an ongoing restructuring effort. It’s merely the latest ugly development at the Montreal company, as it grapples with tepid interest in its $3.5-billion C-Series jet program and recent complaints about the quality of the streetcars built for Toronto’s transit authority in Thunder Bay, Ont. Unless new CEO Alain Bellemare can turn things around, and soon, it could mark the beginning of the end for Canada’s last truly global company.

Good news: All the rage on the road

The era of the driverless car is nearly here. Google is planning real-world tests of its tiny, two-seater, self-driving cars in California this summer, albeit with a 40 km/h speed limit in effect. Not to be outdone, rival Apple recently bought a precision GPS mapping firm, and Nissan and Tesla have promised self-driving technologies of their own. Is it safe? So far, Google’s fleet of Lexus vehicles, equipped with driverless sensors and software, have logged just 11 accidents in 2.7 million km—most the result of being rear-ended by human drivers.