A peek at Maclean's 2015 Newsmakers issue

As we do every year, our writers and columnists take a fond and opinionated look at a year of bests, worsts, and fascinating people 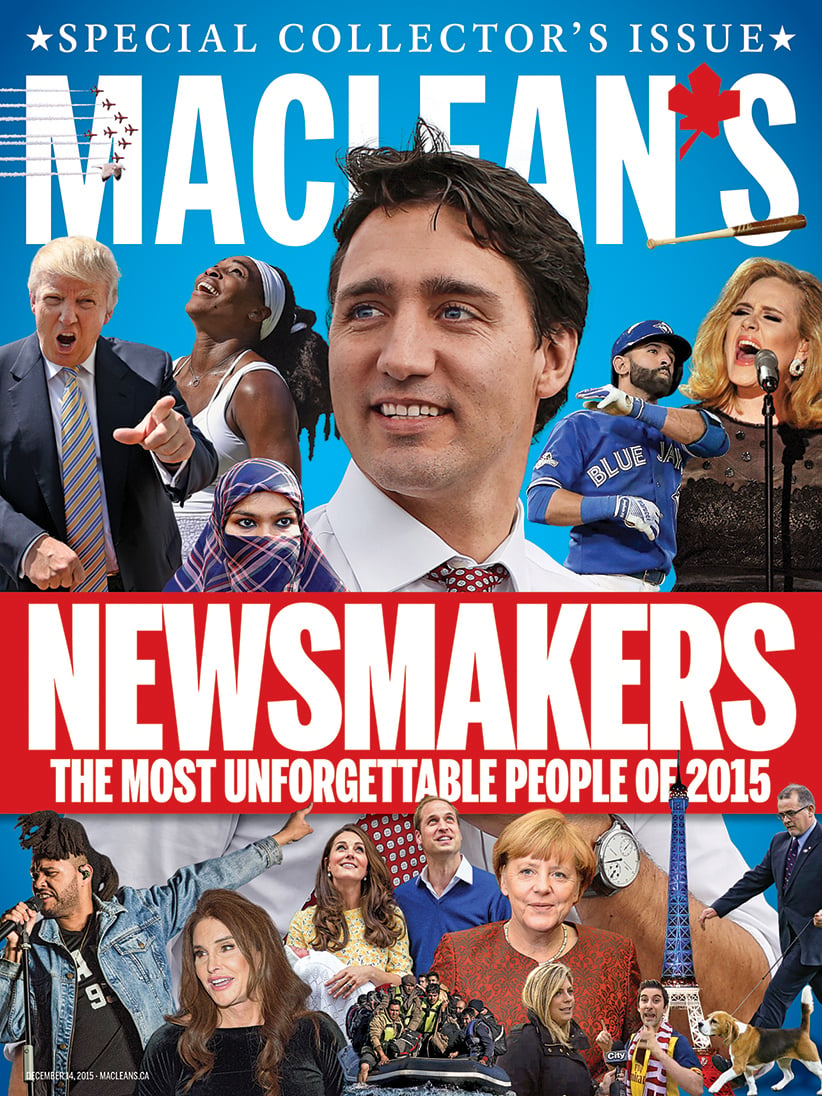 It was a year of tunnels and legendary bat flips. It was the year of “manspreading” and “ghosting,” of selfie stick backlash, and that damn dress (for the record, it was blue-and-black!). It was a year in which shame got its 15 minutes of fame, from Ashley Madison to the return of Monica Lewinsky. In North America, it was a year of one election and the ramping-up to another—and two big-name candidates with remarkable hair. On the world stage, it was a year of drama, tragedy—and heroism.

Maclean’s was there through it all, and in our (New and Improved!) annual Newsmakers issue, our writers and columnists take a fond—and opinionated—look back at the year that was. We bring you the people behind the year’s highlights and lowlights:

The 2015 Maclean’s Newsmakers Issue. Now available on tablet and mobile readers on our brand-new Maclean’s app, on Texture by Next Issue, Apple Newsstand and Google Play, and newsstands everywhere.