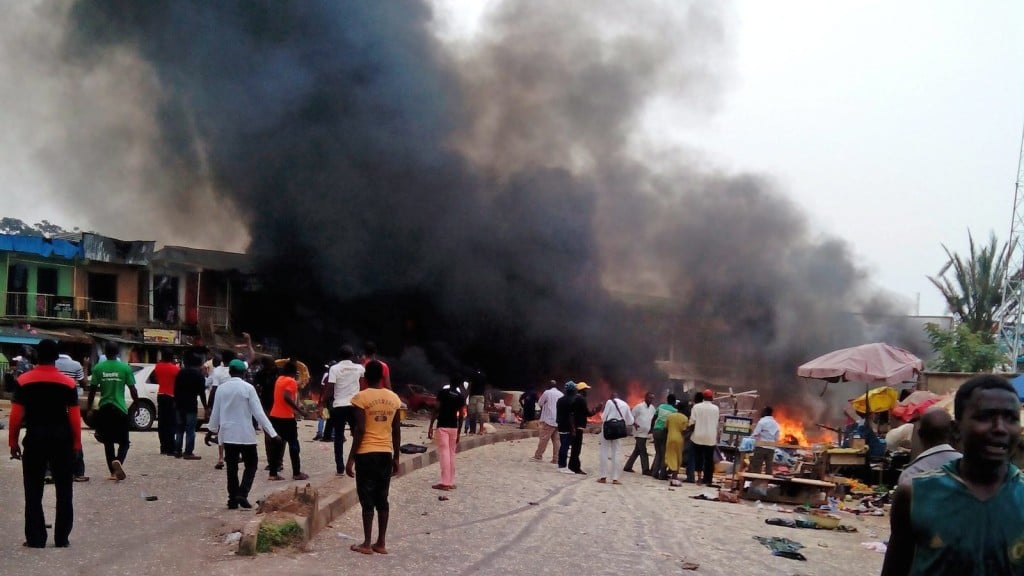 1. Boko Haram strikes again. Yesterday, the ruthless terrorists killed more than 100 Nigerians in Jos, a central city outside of the group’s typical sphere of influence in the country’s northeastern states. Last night, the militants ransacked Alagarno, a northeastern village close to where Boko Haram abducted hundreds of Nigerian girls, and killed at least 17 villagers. The BBC reported that “every single building in the village had been torched.”

2. China and Russia sign a massive gas deal. Mere hours after various reports declared eleventh-hour talks between Chinese and Russian negotiators a failure, the two sides struck a 30-year deal that could be worth $400 billion. That ought to satisfy Russian President Vladimir Putin, whose natural gas producers desperately require new customers for their exports in the face of sanctions from potential buyers to the west. Now, they’ll send 38 billion cubic metres to the Chinese market every year. Putin had travelled to Shanghai to ink a deal.

3. AFN’s chief will be a tough gig. Shawn Atleo’s successor as national chief of the Assembly of First Nations will helm a fraught movement with myriad competing voices. Perry Bellegarde, Saskatchewan’s regional chief, could make a run for the top job—though he may be too moderate for some chiefs. Wab Kinew, a popular artist and broadcaster who’s also the University of Winnipeg’s Director of Indigenous Inclusion, might also run. Grand Chief Doug Kelly told The Globe and Mail that few people can succeed in the position. “There might be someone in Heaven who could take on the job,” he said.

4. Canada sends observers to Ukraine. Former Ontario premier Mike Harris and Conservative Sen. Raynell Andreychuk will lead a delegation of 338 election observers tasked with monitoring this weekend’s presidential vote in the troubled country. Andreychuk’s done this before, having led similar missions in 2010 and 2012. She’s among a group of Canadians barred from entering Russia, thanks to retaliatory sanctions imposed earlier this year. Canada’s mission comprises a substantial number of observers with military experience, deputy head Yaroslav Baran told The Globe and Mail.

5. Same-sex marriage arrives in Pennsylvania. U.S. District Judge John E. Jones joins a growing list of justices who are rapidly changing marriage laws in the United States. Jones ruled a 1996 Pennsylvania law that banned same-sex marriage unconstitutional, a decision that means few barriers remain to any couples who want to get married in the country’s northeastern states. “We are a better people than what these laws represent,” wrote Jones. Pennsylvania’s Republican Governor, Tom Corbett, was “thoroughly reviewing” the ruling and will make a statement later today.