Your morning five: What is Dalton McGuinty's legacy? 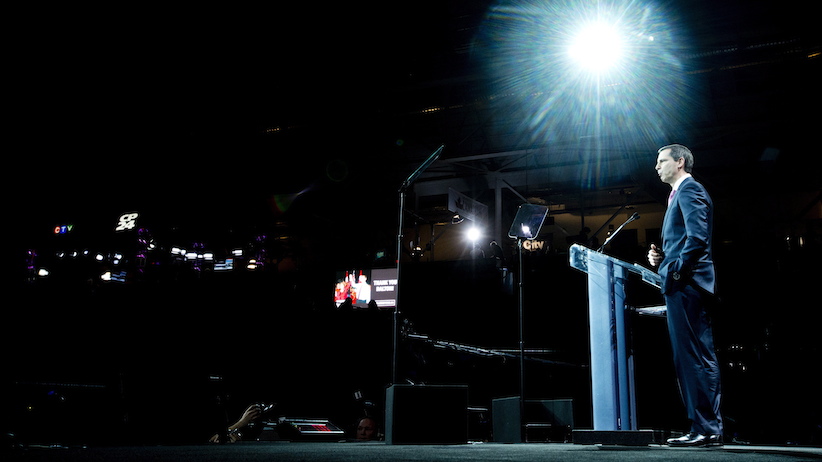 1. What is Dalton McGuinty’s legacy? However the former premier is remembered by his province, yesterday’s news that police suspect a former top McGuinty staffer committed breach of trust won’t earn the Liberal stalwart any points. A police affidavit alleges that David Livingston, McGuinty’s chief of staff, granted the boyfriend of another staffer access to hard drives with sensitive emails related to the cancellation of a pair of GTA gas plants. The documents further allege that the boyfriend, Peter Faist, was tasked with wiping the hard drives clean. The gas plant fiasco endures.

2. A Lebanese policeman is shot dead. Boutros Bayaa is the latest victim of violence in Tripoli, where Sunni and Alawite sects have battled each other and Lebanese security forces. Twenty-nine people in Tripoli have died in just two weeks, as fighting in Syria spills over into neighbouring Lebanon.

3. The UN opposes Crimea’s annexation. One hundred nations in the UN’s General Assembly officially condemned Russia’s annexation of Crimea. Fifty-eight countries abstained on the motion, and 11 stood opposed. The majority of nations may have agreed that the Crimean referendum on unification with Russia was illegal, but the vote has little effect. The assembly’s motions aren’t binding, and Russia carries a veto at the more powerful Security Council.

4. Canada’s newest superhero is a Cree teenager. Equinox, a 16-year-old girl from Moose Factory, Ont., will play a leading role in Justice League Canada, a comic series created by Jeff Lemire. The five-issue arc takes place in Ontario’s James Bay region, a first for DC Entertainment. Lemire made several trips north, where he learned about the region and met the superhero’s inspiration, teenager Miyapin Cheechoo. CBC reports that Equinox’s superpower “stems from the Earth and changes with the seasons.”

5. A Finnish TV host preyed on Canadian women. Markus Vuorinen hosted a show called Luonnon Lait, or The Laws of Nature, and eventually ended up in Canada. CBC’s The Fifth Estate amassed reports from several Canadian women that Vuorinen courted and declared his love for them, and even proposed marriage—all while he carried on relationships with other women. He’s also alleged to have stolen girlfriends’ jewelry. On Feb. 11, Vuorinen was arrested in Orangeville, Ont., and charged with assault, possession of a weapon, and uttering death threats.