Blackhawks stay alive, the PM takes on Putin ... and Kim Kardashian breaks a record for sharing in social media 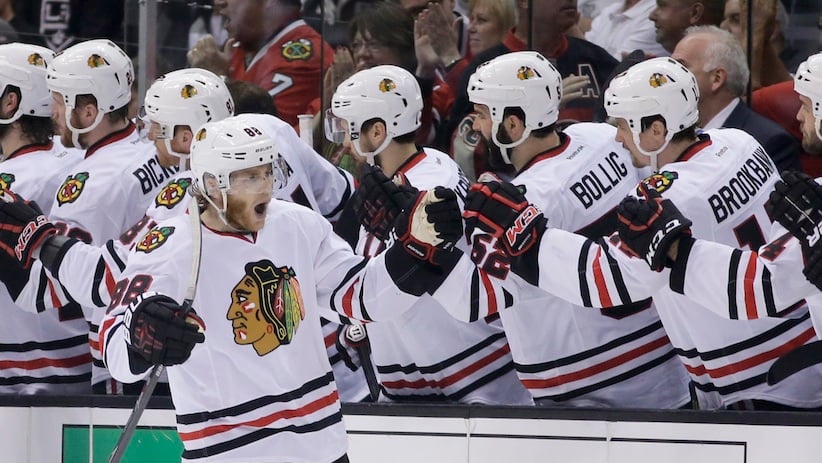 1. Arrests in Uttar Pradesh:  Three suspects have been arrested in the gang rape and slaying of two teenaged cousins. Two more remain at large, police say. The senselessness of the crime has prompted outrage for obvious reasons. Adding farce to tragedy, the AP reports that a top official in the state dismissed those inquiring about the case. “You’re not facing any danger, are you?” Uttar Pradesh Chief Minister Akhilesh Yadav was said to have told journalists. “Then why are you worried? What’s it to you?”

2. Harper vs. Putin:  Stephen Harper took aim at Vladimir Putin last night during a keynote address at a fundraising dinner in Toronto. “During the 20th century, communism’s poisonous ideology and ruthless practices slowly bled into countries around the world, on almost every continent,” the Prime Minister said. “The result was catastrophic. More than 100 million souls were lost — an almost incomprehensible number.”

3. Demond Tutu visits Fort McMurray: The South African Archbishop says he’s not about to tell Canadians what to do with the oilsands. “I don’t come as a know-all,” he told reporters. “I think I can almost say, without fear of contradiction, that you do know what you should do.”

4. Blackhawks force Kings to Game 7: The Blackhawks are alive thanks to a goal from Patrick Kane. “I didn’t see anything off the rush,” he said after the game. “I took it up the line and tried to get a shot through. I think (Andrew Shaw) was in front getting a great screen. Luckily, it went in.” Luckily — at least for Chicago fans. Game 7 in the series against the Los Angeles Kings will be played Sunday night in Chicago.

5. To have, to hold … to share: Reality TV star Kim Kardashian has made a career of over-sharing. In this case, a wedding-day photo she posted on Instagram has become the ‘most liked’ photo ever on that social-media platform. A spokesman for the photo-sharing site said the picture has received almost two million likes — so far.

FILED UNDER: Your morning five