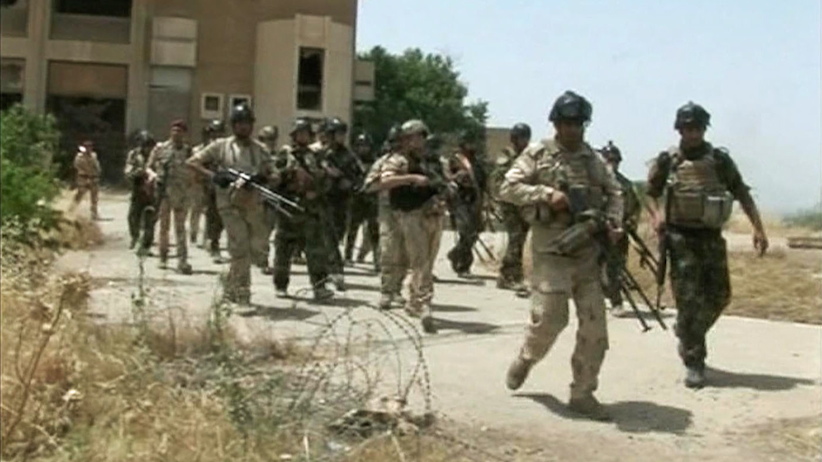 1. Mosul falls to militants. Iraq’s second-largest city is in the hands of hundreds of armed fighters who may be associated with the Islamic State in Iraq and the Levant, a jihadist group that’s behind recent attacks in western and northern Iraq. They flooded the city and forced Nineveh province’s governor, Atheel al-Nujaifi, to flee after calling on residents to resist the attacks. The ISIL fighters reportedly released hundreds of prisoners from local jails after they stormed the provincial government’s office and overwhelmed the defending force. Mosul is 350 kilometres north of Baghdad.

2. Taliban attack Karachi’s airport, again. Nobody died after Pakistani Taliban fighters, for the second day in a row, approached Jinnah International Airport and opened fire. Prime Minister Nawaz Sharif wants those responsible for the attack to be “pursued and eliminated.” His armed forces didn’t wait long to act. BBC reports that air strikes in the Khyber region killed 15 militants. Of course, the armed fighters who attacked the airport in the first place did so in the name of those killed by similar air strikes in northwestern villages.

3. Storms kill six Germans. We’re normally relieved when a thunderstorm breaks a heat wave, but violent storms in western Germany brought down trees, snarled traffic—and killed five people caught under fallen trees (as well as a sixth victim who died “while clearing a street in Essen”). Record-high temperatures had risen to 36 degrees Celsius before the storms pelted Duesseldorf, Cologne and Krefeld, among other cities in North-Rhine Westphalia.

4. Railways are full of crude oil. The Canadian Association of Petroleum Producers warns that crude shipments by rail could triple in the next two years to 700,000 barrels a day. The reason is the same you’ve heard before from many politicians and even more petroleum producers: Canada needs more pipelines. CAPP, as a major industry association, is not a neutral player, but its advocacy has the attention of powerful people. The Globe and Mail reminds its readers that yesterday, Finance Minister Joe Oliver hinted that the government would approve B.C.’s hyper-controversial Northern Gateway pipeline.

5. B.C. dairy workers abuse cows. A video captured footage of eight employees of Chilliwack Cattle Sales, the country’s largest dairy farm, whipping and punching and kicking animals that were clearly suffering. The dairy farm’s owners fired the workers. The B.C. SPCA wants the group of eight to be charged with animal cruelty. The farm supplies Saputo and Dairyland, popular brands whose customers may wonder, as they drink a glass of milk, just how painful the process became for the unluckiest of the Chilliwack cows.