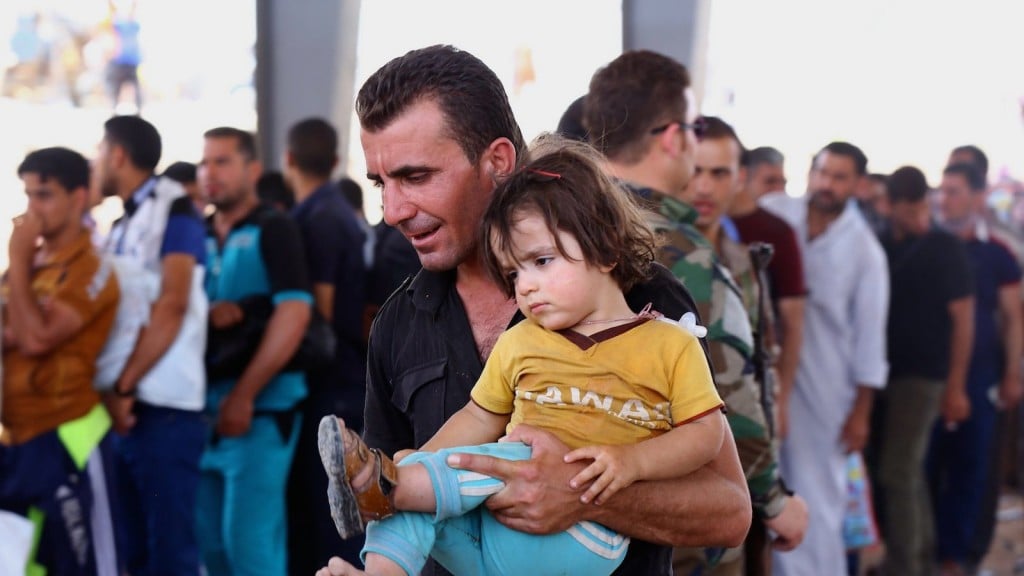 1. 500,000 residents flee Mosul. A sea of cars marks an extraordinary exodus from a city overrun by jihadist fighters who’ve prompted Iraqi Prime Minister Nouri Maliki to call for a state of emergency in the country’s northern Nineveh province. The Islamic State of Iraq and the Levant initially seized government offices and now controls police stations, some of which they’ve reportedly set on fire, as well as military facilities and an airport in the region. International Organization for Migration estimated that a half-million residents are exiting Mosul and the surrounding area.

2. Eric Cantor loses a primary. The tea party isn’t dead yet. An economics professor in Virginia’s 7th Congressional District, Dave Brat, beat the second most powerful Republican in the House of Representatives in a primary election before this fall’s midterm elections. Brat spent $300,000 on his campaign to unseat Cantor, the House Majority Leader who was on his way to a future as Speaker of the House. Cantor spent $5 million. The dollar signs don’t matter when the ballots are counted, however, as the battle between establishment candidates and Tea Party upstarts endures.

3. Chile rejects a massive hydro project. The Patagonia Defence Council called the government’s stymieing of the $8-billion proposal “the greatest triumph of the environmental movement in Chile.” The Spanish-Chilean Hidroaysen project would have built dams and transmission lines, as well as clear cut forests in the sensitive Patagonia region. Chile’s energy minister said the project “suffers from important faults” and doesn’t give “due consideration to aspects related to the people who live there.” The companies behind Hidroaysen can make an appeal through the country’s courts.

4. Ukraine wants safe corridors for civilians. Petro Poroshenko, the country’s new president, had previously called for similar corridors for non-violent anti-Kyiv rebels who could return to Russia. Poroshenko never committed to ending hostilities in Ukraine’s east, nor did he release a relocation plan for any Ukrainians who access the corridors, but Russian Foreign Minister Sergei Lavrov welcomed the move. Russia previously honoured the results of Ukraine’s election, another tentative step to improved relations between the countries. But fighting continues and diplomacy remains a fragile pursuit.

5. Apple, Starbucks and Fiat face investigations. The European Commission announced separate probes into tax arrangements the popular tech giant, coffee chain and auto manufacturer enjoy in Ireland, the Netherlands and Luxembourg. None of the companies and none of the countries involved will admit any wrongdoing as the commission starts its work, but a U.S. Senate report last year detailed Apple’s complex web of profit sheltering—or tax avoidance, depending on your perspective—via Irish subsidiaries that allowed it to face a staggeringly low tax rate of 3.7 per cent.