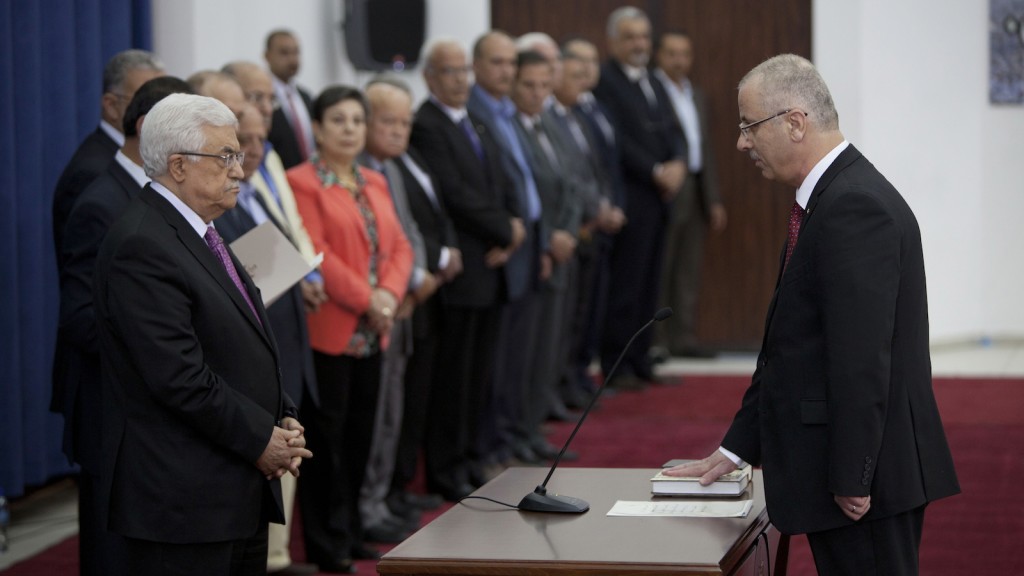 1. Palestinian factions unite in government. The moderate Fatah and hostile Hamas movements formed an alliance in Ramallah, weeks after Palestinian President Mahmoud Abbas promised the two sides would cooperate. Fatah controls the West Bank, while Hamas rules in the Gaza Strip. They chose Ramallah, in the West Bank, for the swearing-in of the “national consensus government.” Israeli Prime Minister Benjamin Netanyahu urged governments “not to rush” to recognize the Palestinians. Western leaders are watching carefully.

2. A Canadian nun is free. Gilberte Bussière, a 74-year-old missionary from Asbestos, Que., who’d lived in Cameroon for decades, was abducted on April 5 by an armed group, possibly Boko Haram. A pair of Italian missionaries, Gianantonio Allegri and Giampaolo Marta, joined Bussière in captivity somewhere in Cameroon. The details of the trio’s Sunday release are, at best, murky. Agence France-Presse claims a prisoner exchange was involved, but neither Canadian nor Italian authorities have told their sides of the story. Canadian officials only reiterated a “clear” policy that they “do not pay ransoms.”

3. Daniel Therrien’s critics get vocal. Last week, NDP Leader Tom Mulcair was openly critical of Prime Minister Stephen Harper’s appointment of Therrien as Canada’s next privacy commissioner. Now, The Globe and Mail reports that academics and privacy advocates, including the Canadian Civil Liberties Association, will oppose Therrien’s selection. The ivory tower’s support has never been a prerequisite for Harper’s appointments, and only when civil society’s protests reach a fever pitch does the government ever reconsider its objectives. That won’t deter Mulcair, unless something else distracts.

4. Iraq’s struggle continues. The United Nations confirmed that May was the deadliest month so far in the fledgling democracy that voted en masse last month in parliamentary elections. The monthly death toll included 799 people (315 in Baghdad alone), and 603 civilians. Al Jazeera reports that the UN report didn’t count casualties in the western Anbar province, where Iraqi forces fought armed groups and civilian deaths might have reached nearly 200.

5. King Juan Carlos abdicates the throne. Spain’s monarch will leave the throne after 39 years, and the world will soon become familiar with his only son, Felipe, the Prince of Asturias and heir apparent—and, shortly, King Felipe VI. Juan Carlos, who took the throne two days after the death of dictator Francisco Franco, ushered in democracy and had been a popular monarch for decades. Lately, however, corruption allegations swirled, and the King lost more support when reports emerged that he’d embarked on an elephant-hunting trip in Africa during Spain’s devastating financial crisis in 2012.