Your morning five: Ukraine votes for the Chocolate King 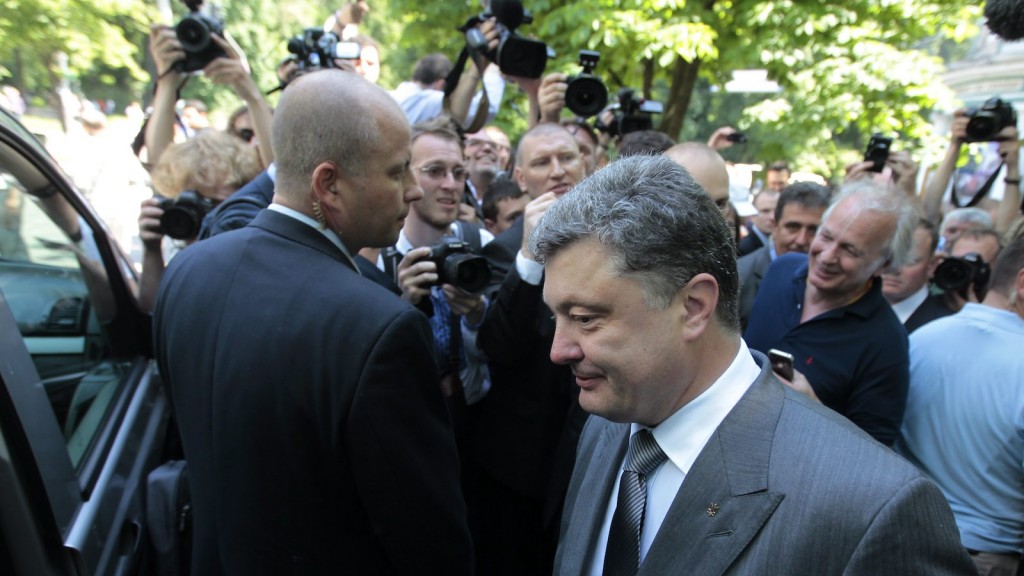 1. Ukraine elects a candy tycoon. No longer will the country’s president have “interim” in his title, as has been the case for the three months since the ouster of former president Viktor Yanukovych. Petro Poroshenko, nicknamed the Chocolate King, is a billionaire businessman who earned his fortune by consolidating a confections empire. Exit polls suggest he took 55 per cent of the vote, far ahead of second-place Yulia Tymoshenko, in Sunday’s election. Turnout was reportedly high, with the predictable exception of eastern Ukraine, where anti-Kyiv forces smashed ballot boxes and intimidated voters.

2. Egypt votes for a new president. Abdel Fattah el-Sisi, the former field marshal who led last year’s coup d’état that ousted former president Mohamed Morsi, is the popular frontrunner to helm the country’s government and possibly reintroduce political stability to a fraught nation. The Muslim Brotherhood is boycotting the election, as are other activists who are critical of the government’s ongoing crackdown on dissent. Hamdeen Sabahi, a left-wing candidate who finished third in the 2012 election, opposes Sisi’s run. Fifty-three million voters are eligible to cast a ballot.

3. Thailand’s King endorses a junta. The army chief who has taken over government claimed the support of King Bhumibol Adulyadej and insisted the military will restore security to a political climate that’s occasionally turned violent in recent months. General Prayuth Chan-ocha, the acting head of government, addressed the nation earlier today. His forces have detained hundreds of political figures in the past week, including former prime minister Yingluck Shinawatra and protest leader Suthep Thaugsuban.

4. Banks refuse elderly insurance claims. Roghi Derakhshan, Carmen Peixoto and Jean Tetiuk told CBC News that banks weaselled out of paying out travel insurance claims worth thousands of dollars—denials they all claim were unrelated to pre-existing conditions they were asked about during screening processes. CIBC didn’t comment on the story, but RBC defended its refusal of Derakhshan’s claim and will fight Cyrus Derakhshan, Roghi’s son, case in small-claims court. The bank says it denies about two per cent of all claims, and makes “consistent decisions for all clients.”

5. Europe’s far-right gains clout in parliament. The anti-immigrant Front National won 25 per cent of France’s vote, and the Euroskeptic UKIP won 27 per cent of the United Kingdom’s vote. The moderate parties who traditionally dominate Europe’s Parliament were stunned. German Chancellor Angela Merkel called the voters’ decision “remarkable and regrettable.” The centre-right European People’s Party maintained its overall lead in the assembly, though its 212 seats are 60 fewer than before, and the Socialists remain in second at 186 seats.