Your morning five: What they're saying about Jim Flaherty

The reviews of Jim Flaherty's time as finance minister are in, and they're decidedly mixed 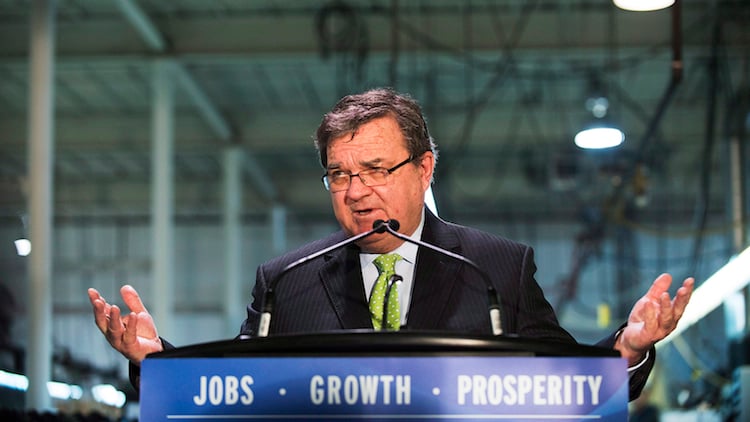 We tell you five things newspapers are saying about Jim Flaherty after he stepped down as finance minister.

1. Flaherty’s resignation was months in the making. A senior government source, if only we knew who, told The Globe and Mail that Flaherty delivered this year’s budget earlier than usual—Feb. 11, as opposed to later that month or even in March—because he wanted time to prepare his exit from the political stage. The finance minister formalized his departure with a 30-minute meeting with the Prime Minister at Langevin Block.

2. Flaherty will be remembered as a “steady hand” in uncertain times. The Conservative machine probably hoped that if it called Flaherty the best finance minister in the world over and over again, eventually voters would believe it. Best in the world? Maybe not. But Flaherty’s greatest legacy is, no doubt, his marshalling of Canada through tough economic times. When 2008’s financial crisis plunged the world into chaos, Flaherty met with then-U.S. treasury secretary Henry Paulson and then-chair of the Federal Reserve Ben Bernanke. Their five-point plan may have prevented further disaster.

3. Flaherty is also the guy who created a massive deficit. A steady hand though he may have been, the long-serving finance minister also dug Canada a deep fiscal hole. He spent much of his tenure fighting a budget deficit that dipped to $55 billion in 2009. That turn to Keynesian economics isn’t remembered universally as an heroic pursuit. This morning, The Globe and Mail‘s editorialists chime in that Flaherty “was right to have” supported deficit budgets. The National Post is less with the plaudits. Those deficits, the editorialists write, “may haunt us long after this government has left the stage.”

5. Joe Oliver is a safe pick as Flaherty’s successor. Stephen Harper will likely appoint the natural resources minister as the government’s next point man on finance. Oliver has the Bay Street bona fides to calm any unease. He served as an investment banker at Merrill Lynch, the executive director of the Ontario Securities Commission, and the president and CEO of the Investment Dealers Association of Canada. Oliver is nearly 74 years old, and spent most of his long career outside of the House of Commons.