In other news — Ontario votes while B.C. teachers and MPs on the Hill pack up 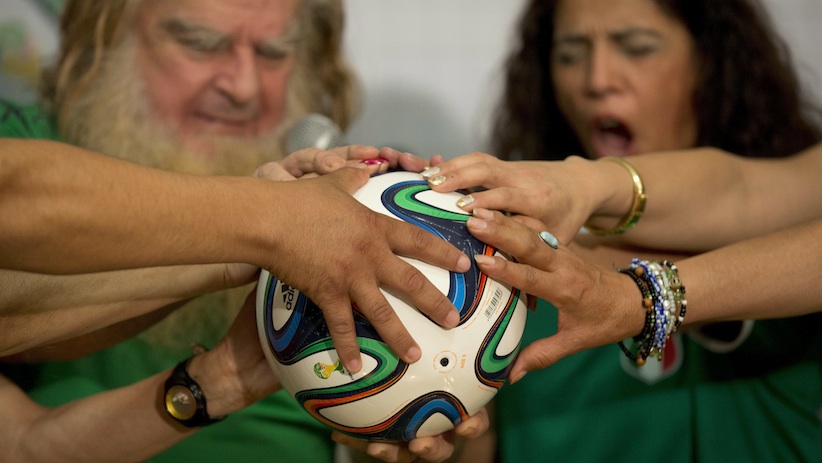 1. The World Cup 2014: Never mind the headlines about strikes and protests and stadium readiness, the 2014 FIFA World Cup is happening anyway. We’ll leave predictions and analysis to the folks at Sportsnet, but here’s the gist — five weeks, 12 cities, 32 teams, 64 games, billions of viewers and one small mercy — Brazil has banned the vuvuzela.

2. Ontarians vote — at least in theory: It’s voting day in Ontario after a 40-day campaign. Ekos/iPolitics polling shows Liberal Leader Kathleen Wynne six points ahead of Tim Hudak’s Conservatives. Ipos Reid shows the parties in a three-way statistical tie. Macleans.ca will host rolling coverage of the night — including a bonus live sketchbook from Toronto artist Sarah Lazarovic. There are 107 ridings at stake. Click here for campaign analysis from the Maclean’s Econowatch team.

3. No more teachers, no more books: The B.C. Teachers’ Federation has instructed its members to pack up their things. The union, which represents 40,000 teachers in the province, plans to serve its 72-hour strike notice this morning. Education Minister Peter Fassbender insists the province is eager to reach a negotiated settlement. “We would like to see the strike action and disruption stop so the students can finish the school year with no disruption.”

4. Insert barbecue season joke here: MPs in Ottawa are also getting ready for summer. Some say the spring session of Parliament could end as early as today.
No matter what anyone tells you, there is work being done on the Hill. Last evening, for example, Liz May’s private member’s bill on Lyme disease was unanimously passed in the House. In a feature published earlier this year, Anne Kingston examined the many ways Canada lags behind in the diagnosis and treatment of a disease that masks as MS, ALS and even dementia. Follow this link for essential background on the story.

5. Bring on Game 5: The New York Rangers were saved from a sweep last night in New York when they beat the Los Angeles Kings 2-1. “When you play this game, you have to battle, but then you have to rely on your teammates,” said netminder Henrik Lundqvist. “Sometimes you have to rely on some luck. Tonight we had it a couple times.” (He stopped 40 shots out of 41 during the game.)

FILED UNDER: Your morning five