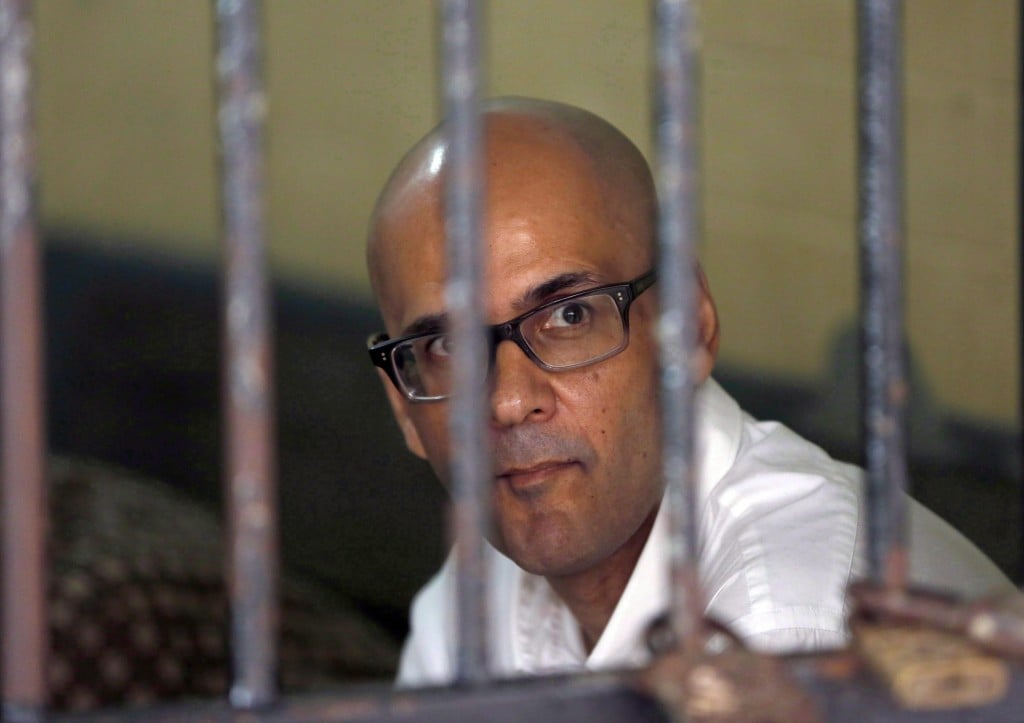 Canadian teacher Neil Bantleman is shown sitting inside a holding cell prior to the start of his trial hearing to listen to the prosecutor’s demand at South Jakarta District Court in Jakarta, Indonesia on March 12, 2015. Foreign Affairs Minister Stephane Dion said the Canadian government “is deeply dismayed and shocked” by an Indonesian Supreme Court decision to overturn the acquittal of Canadian schoolteacher Neil Bantleman. In its decision, the high court also ordered both Bantleman and an Indonesian teaching assistant to serve 11 years in prison instead of the 10 years they initially received for sexually abusing three young children at a prestigious international school in Jakarta. THE CANADIAN PRESS/AP-Dita Alangkara

In its decision, the high court also ordered both Bantleman and an Indonesian teacher to serve longer prison terms for sexually abusing three young children at a prestigious international school in Jakarta.

Bantleman and Ferdinant Tijong were sentenced to 10 years in April 2015 but maintained their innocence and filed appeals to the High Court, which acquitted them in August.

Supreme Court spokesman Suhadi said a three-member judge panel handed down a verdict Wednesday based on the prosecutors’ appeal and increased their sentence to 11 years. The pair were also ordered to pay a $7,440 fine each or to serve six more months in jail.

It was not immediately clear if Bantleman can appeal.

“This decision is unjust, given the many grave irregularities throughout the various proceedings in this case and the fact that all evidence presented by the defence has systematically been rejected,” Dion said in a statement early Thursday.

He say Bantleman and Tijong “were not provided the opportunity to demonstrate their innocence, and despite Canada’s repeated calls for due process, he added, ”this case was not handled in a fair and transparent manner.“

Dion also warned that the outcome of this case has “serious implications for Indonesia’s reputation as a safe place for Canadians to work, travel and invest as well as for Canada’s long history of co-operation with Indonesia.”

Dion said Canada would continue to raise the case of Bantleman at the highest levels while Canadian officials continue to provide consular assistance to Bantleman.

Bantleman’s brother Guy told Global News that the news came as a shock and that the family was “fairly confident” they were going to see the acquittal upheld and his brother returned to Canada.

Speaking from Burlington, Ont., Guy Bantleman said they would now try to determine the next steps in terms of Neil turning himself over to authorities again.

Children of foreign diplomats, expatriates and Indonesia’s elite attend the school, which has 2,400 students aged three to 18 from about 60 countries.

The school’s principal and a number of other teachers have said they believe Bantleman is innocent.

Last December, five janitors at the school who were arrested in the same case were sentenced to up to eight years in jail. Police said a sixth suspect in that group committed suicide.