New text requires new Canadians to state they 'will faithfully observe the laws of Canada including treaties with Indigenous Peoples.' 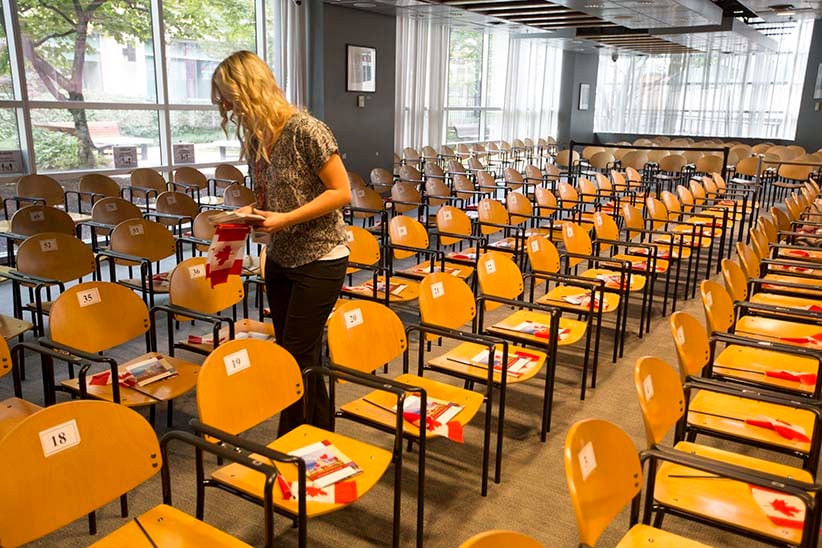 OTTAWA – A revised oath of citizenship that will require new Canadians to faithfully observe the country’s treaties with Indigenous Peoples is nearly complete.

The proposed new text was put to focus groups held by Immigration, Refugees and Citizenship Canada in March, following months of consultation by departmental officials.

It reads: “I swear (or affirm) that I will be faithful and bear true allegiance to Her Majesty Queen Elizabeth II, Queen of Canada, her heirs and successors, and that I will faithfully observe the laws of Canada including treaties with Indigenous Peoples, and fulfil my duties as a Canadian citizen.”

The language comes from the 94th and final recommendation of the Truth and Reconciliation Commission, which examined the legacy of Canada’s residential schools.

Implementing that recommendation was one of the tasks given to Immigration Minister Ahmed Hussen when he was sworn into his portfolio in January 2017, but work on it began soon after the commission delivered its recommendations in late 2015, briefing notes for the minister suggest.

The notes, obtained by The Canadian Press under the Access to Information Act, show the government also wants to modify the script delivered by those who preside over citizenship ceremonies. The proposed notes say the script should refer to ceremonies taking place on traditional territories, and include remarks on the history of Indigenous Peoples.

When it comes to the oath, the inclusion of a reference to treaties is the only proposed change.

Changing the wording requires a legislative amendment to the Citizenship Act. The Liberals are currently in the process of overhauling the act in a bid to make citizenship easier to obtain.

When the proposed text was put to focus groups composed of both recent immigrants and longtime Canadian residents, reaction was generally positive, according to a report posted online by the Immigration department this week.

But there was a caveat: “Participants only agreed with the modifications insofar as newcomers are adequately educated about Indigenous Peoples and the treaties,” the report said.

“Many felt that they themselves would struggle with this new formulation, given their own limited knowledge of the treaties.”

Some wondered about the need for changes at all.

“A few participants took it upon themselves to question the need to modify the oath and that it might represent a precedent whereby other groups in Canada will want to be represented in the oath,” the report said.

The new oath comes along with a major overhaul of the study guide used for the citizenship exam. A draft copy obtained by The Canadian Press earlier this year revealed it, too, will include extensive references to Indigenous history and culture.

The Liberals had originally been aiming to unveil both the new guide and oath around Canada Day, but work is ongoing.