The private investigation into the Sherman murders is complete, and its tip line has been shut down, raising more questions about the two-year-old case 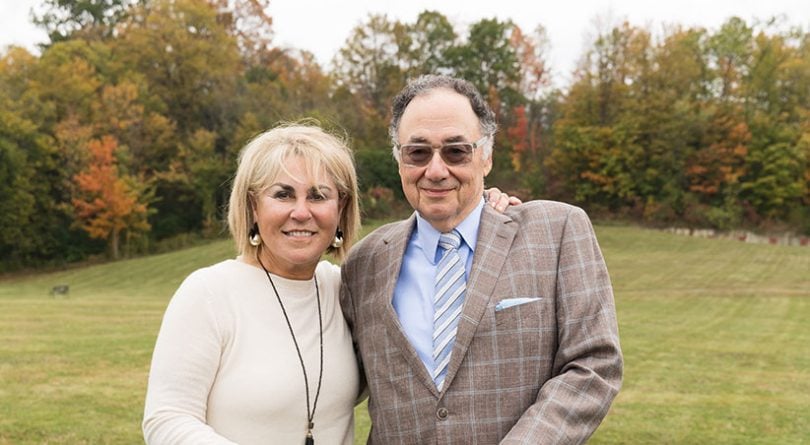 Since Barry and Honey Sherman were found dead in their Toronto home on Dec. 15, 2017, the still-unsolved case involving the billionaire couple has summoned far more questions than answers. The number of questions increased today with the update announcement from Toronto Police Services’ Homicide Insp. Hank Idsinga that police have forged a new “cooperative” relationship with the Sherman family.

Idsinga announced that a private tip line—created in October 2018 by high-profile Toronto criminal lawyer Brian Greenspan, hired to represent the family—is now offline, and that the private investigation conducted by a team Greenspan created is complete. The police investigation remains “active and ongoing,” Idsinga said, as he provided ways to contact police directly. He sounded upbeat, noting the “next weeks” are going to be “very very busy going through information” and that police have “been getting a lot of great information from a lot of great sources.” The emphasis, however, was on the new, close relationship between the Sherman family and the TPS: The family is “committed to working with us and have full confidence they will solve the crime,” Idsinga said. Listening to him, it appeared that the Sherman family have brought on a new spokesperson: Toronto Police Services. And that creates yet another question: Why now?

The new alliance represents a 180-degree shift from the family’s prior conflict-ridden, glacial relationship with police. The first signs of that conflict were evident hours after Honey and Barry Sherman’s bodies were found: the couple’s children were angry that the police didn’t immediately declare the case a double homicide, which stoked speculation about a possible murder-suicide. In a Dec. 16 statement, the family forcefully rejected any suggestion that their 75-year-old father could have killed their 70-year-old mother and then himself, calling police sources “irresponsible.”

RELATED: The other side of Barry Sherman

The schism widened with the family’s immediate hiring of Greenspan. Within days, the lawyer had assembled a team of retired homicide cops, forensic specialists and a pathologist to conduct a parallel investigation. Six weeks later, in late January 2018, TPS announced that the Shermans both died of “ligature neck compression” and that the case was being investigated as a “targeted” double homicide.

Hiring Greenspan wasn’t the only privilege the Shermans’ wealth afforded. The family’s means also allowed them to shroud details of the investigation, including going to court to keep details of the Shermans’ wills unavailable to the public, contrary to common practice. Their privilege also saw them enlisting prominent family friends, including  Toronto Mayor John Tory and Senator Linda Frum, to convey their concerns about the investigation to police.

Tensions between the family and police were on full display at a lengthy press conference held by Greenspan in October 2018 to announce the tip line and a $10-million reward for information leading to arrest. Greenspan itemized a long list of errors made during the police investigation, and made the family’s frustration clear. Soon after, TPS chief Mark Sanders countered with his own press conference which took a bizarre turn: “I have to be cognizant that the suspect or suspects are watching right now,” Sanders said. “I know that for a fact.” How he knew that for “a fact” remains unclear. (TPS did not respond to Maclean’s request for clarification at the time.)

The creation of a private tip line raised concerns about two communication streams with no apparent coordination. Greenspan said his team would pass on credible tips to police, though how “credible” would be decided was unclear. Today, Idsinga said police received 205 direct tips and that police received 343 tips via the private team. He asked the public to resubmit any tips given to the private team, suggesting concern that police might not have received them all. The family will still be responsible for administering any reward, he noted.

The sudden show of family solidarity—and solidarity between the family and police—comes in the wake of the recent publication of The Billionaire Murders, by Toronto Star investigative reporter Kevin Donovan, who concludes the murders were committed by a person or persons familiar with the Shermans. The book reveals conflict and tension within the family; between the only son, Jonathon Sherman, and his parents; between the four siblings; and the exile of Honey’s sister, Mary Shechtman, from the family. Donovan has also written that police have said they have a theory of the case but won’t comment on suspects.

Today, Idsinga spoke of the police being “in daily communication with members of the Sherman family” and that police “have a very good relation with them now.” He praised the family, saying they “have been terrific with us, very cooperative.” Asked by a reporter if the family had fired the Greenspan team, Idsinga refused to answer: “That’s a question for the Sherman family.”

Greenspan has remained uncharacteristically silent on the matter. Maclean’s request for comment went unanswered. A Greenspan spokesperson has told media that Greenspan remains an “adviser, consultant and spokesperson” for the Shermans on this matter, that he won’t be doing interviews, but will issue a statement later today. Whether the findings of the Greenspan-lead parallel investigation will be released remains to be seen.