Newsmaker of the Day: Brandon Banks

Newsmaker for Dec. 1: The anguish of the miracle-that-never-was at the 102nd Grey Cup 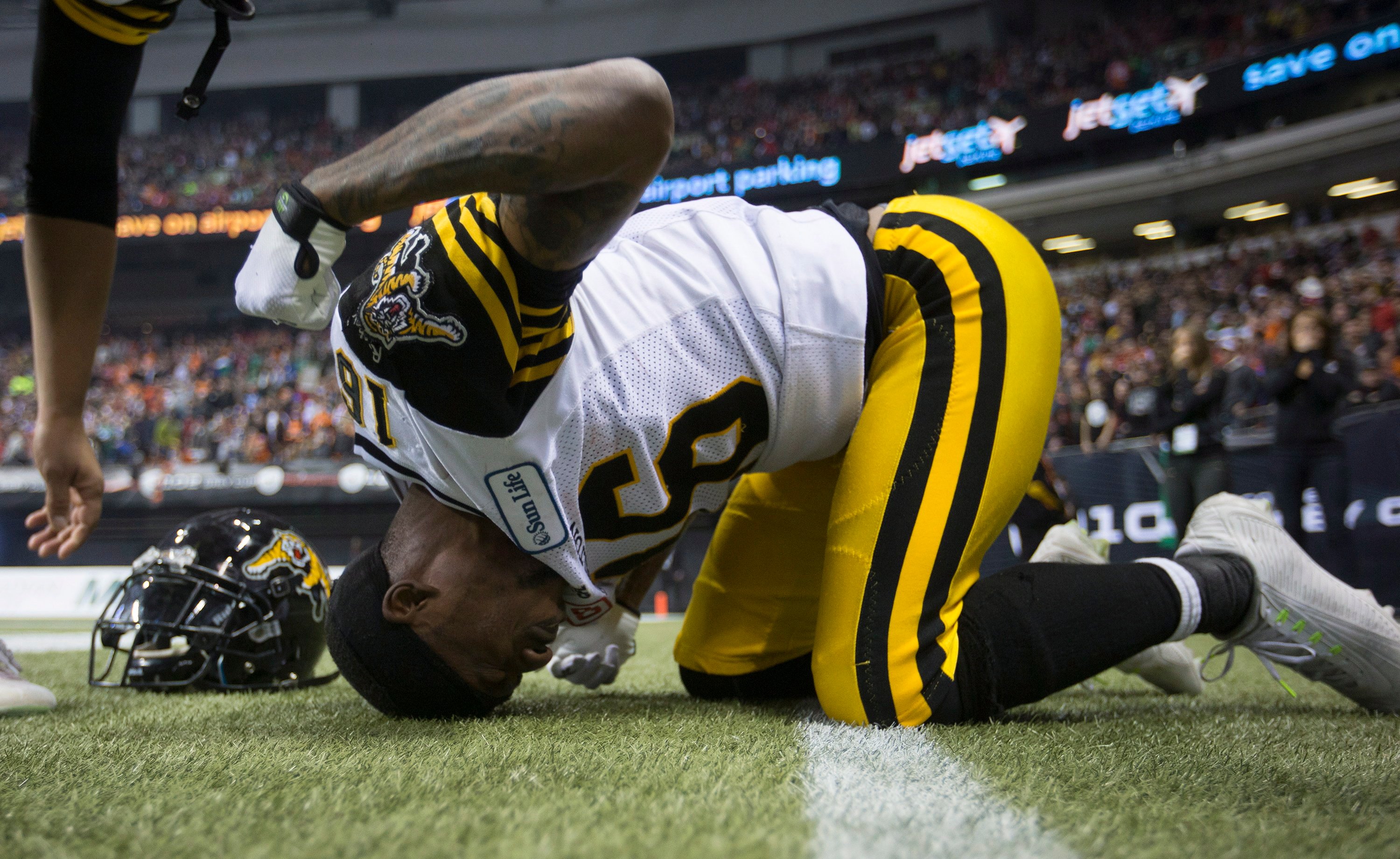 Examine the staid box scores, all numbers and names, and you’ll see that Sunday’s CFL Grey Cup game ended with the Calgary Stampeders conquering the Hamilton Tiger-Cats, defeated now in two consecutive championship games to fuel a 15-year-long trophy drought. But the numbers never really tell the full story of the emotions of sport, nor the narratives that fuel them: that Calgary looked to have the game sewn up in the opening half. That Hamilton chose to rage against the dying of the light, despite it all. And that, as the game looked all but over in the fourth quarter, Banks—Hamilton’s miniature return specialist—took an ill-advised Calgary punt at his own 20 and sprinted 90 electrifying yards into the end zone, scoring with his arms raised like a pigskin messiah. The touchdown would have given the Ticats the lead in the dying seconds. But the man they call Speedy quickly collapsed from delirium to anguish after a penalty upfield—for a foolhardy push—wiped the magic out. What could have been an incredible comeback victory became a 20-16 win for the Stampeders, raucous in the thrill of victory. And, on the face of the crumpled Banks, screaming and slamming his fists into the turf, the ultimate vision of the agony of defeat.