A tiny Wolfe at the bathroom door, a flirty old Castro in Cuba and the Times’ new editor needs her red pen 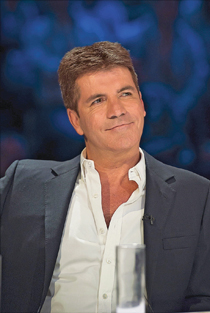 Turning 80 usually warrants a birthday party. But Cuban President Raúl Castro was hardly celebrated at all. It seems his advanced age is an uncomfortable reminder to many Cubans that their country’s leaders are old—and old-guard. With no young successors in place (the next in line for the job are 79 and 80), Cubans worry that economic reforms now under way will be jeopardized if either Castro or his brother Fidel, 84, take ill. Still, Castro was positively spry on his birthday, asking female reporters: “How do I look, ladies, how do I look at 80? How many old men of 60 are there who aren’t in my shape?”

Three decades after losing her son Terry to cancer, Betty Fox is fighting to stay alive. The Fox family, in the spotlight ever since Terry’s Marathon of Hope across Canada in 1980, released a statement that the matriarch is “seriously ill,” but stressed she does not have cancer. Though details are scarce, she reportedly spent time at a hospice in Chilliwack, B.C. Her last major public appearance was carrying the Olympic flag during the opening ceremonies in Vancouver last year.

It’s not often that Simon Cowell goes on the defensive, but online rumours that his popular reality TV show Britain’s Got Talent was fixed to favour 12-year-old contestant Ronan Parke has the acerbic music mogul up in arms. Cowell called the accusations, spread anonymously via Twitter and Facebook, a “smear campaign,” and has assembled a team of cops, lawyers and computer experts to “make sure…this liar is…exposed.”

Not long ago, Caroline Macfarlane, who works at the OCADU Student Gallery, decided to do something about a bicycle that for years had been chained up, abandoned, outside the Toronto university, formerly the Ontario College of Art and Design. She diligently taped up the city-owned bike stand, sanded and primed the bike, then spray painted it a vivid orange. The metamorphosis delighted passersby, but drew the attention also of City of Toronto grinches, who, two days after its transformation into public art, commanded the bike be removed. Critics say the order is part of Mayor Rob Ford’s battle against graffiti—or, as Coun. Adam Vaughan puts it, a “war on creativity.”

A sad state of affairs

Former U.S. senator John Edwards has been indicted by a federal grand jury for allegedly misusing almost US$1 million in campaign donations to hide an extramarital affair during his 2008 run for the Democratic presidential nomination. Edwards is accused of using the money to pay for the living, medical and travel costs of Rielle Hunter, with whom he has a child. Lawyers for Edwards insist the financial contributions were, in fact, private gifts from friends to be used however he wished. The affair might be over, but the repercussions aren’t.

Last year, 21-year-old criminology student Marisol Valles Garcia was dubbed “Mexico’s bravest woman” after she took up the position of chief of police in Praxedis G. Guerrero, near the Texas border. The drug cartels had killed her predecessor and cut off his head. Garcia’s story became a symbol of the challenges faced by gangster-riddled Mexico. But in March, after months of threats, she and her family crossed the U.S. border and asked for asylum. “I came here for the security my country cannot provide for me,” a tearful Garcia told CNN recently in her first interview since leaving her country. “The fear will never go away. What I experienced is a fear that will last a lifetime. My whole life was in Mexico.”

Fifteen years ago, Nobel laureate Raúl Castro came to suspect that his protege, the travel writer Paul Theroux, had seduced his then wife, and retaliated by putting one of Theroux’s own books, inscribed to Naipaul, up for sale on the Internet for US$1,500. Theroux, in turn, published a memoir of their friendship, depicting the Indo-Trinidadian author as, in Theroux’s words, “a skinflint, tantrum-prone” and “an excellent candidate for anger management.” The feud ended last week at the Hay Festival in Wales, where novelist Ian McEwan persuaded them to shake hands. “Paul approached him and said he missed him,” says Naipaul’s current wife, Nadira. “It was very gracious and wonderful.”

How embarrassing! Gary Doer, Canada’s ambassador in Washington since 2009, made the relationship between the U.S. and Canada “terribly strained” back when he was Manitoba premier, according to newly released WikiLeaks cables. The 2005 fracas was over flood-prone Devils Lake, in North Dakota, which state officials had long sought to drain partially into Manitoba; the provincial government, however, balked over worries the plan would introduce U.S. pollution and invasive species. Manitoba’s “angry rhetoric” and “empty moralizing” under Doer’s leadership put Canada and the U.S. “on a collision course,” one senior U.S. diplomat wrote, calling the impasse a “prime example of failed diplomacy.” Despite Manitoba’s protests, North Dakota began pumping Devils Lake water into Manitoba in August 2005.

A frequent New Yorker contributor whose essays for the magazine have focused on libraries and books, Nicholson Baker is known above all for his highly cerebral erotica novels. Monica Lewinsky is said to have given one of his books, Vox, a psychologically probing riff on phone sex, to Bill Clinton. His upcoming House of Holes, slated for release in August, has already been noted for its imaginative, occasionally oblique references to the male genitalia—including one passage in which Baker makes reference to another (Canadian) New Yorker writer. In a scene in which the novel’s protagonist, Dave, invites a woman to watch a pornographic film, he writes: “Dave angled out his Malcolm Gladwell.”

Wolfe, on his way home

On Saturday, staff at Ottawa’s old-worldly Lord Elgin Hotel received an odd gift: a bronze statuette of British general James Wolfe, hero of the Battle of the Plains of Abraham, that’s been missing from Canada’s National Archives for half a century—along with an intriguing, typewritten note. “This statuette of Wolfe was stupidly stolen in the 1950s from the old building that then housed the Public Archives of Canada on Sussex Drive,” it said. “It is returned through the charity of strangers because my conscience bothered me for a very long time and I am now an old man.” The statuette stands 25 cm high and carries the signature of Vernon March, designer of the National War Memorial, also in Ottawa. It was deposited with security by a man who claimed he discovered it in the men’s bathroom.

Hip, hop and away!

Calgary’s not just Smithbilt hats and oil sands headquarters, at least according to Daniel Bennett, a 22-year-old rapper who goes by the hip-hop alias Transit. In Calgary (We Are Not All Cowboys), a track recorded in a Calgary home studio, Bennett extols the virtues of the city’s music scene—a celebration of the new West that features Jann Arden singing a catchy chorus (she dropped by the basement studio) and Mayor Naheed Nenshi in the video. Nenshi, whose mayoral win relied heavily on social networking, agreed to the cameo after Bennett asked him via Twitter.

Sweden’s Caroline Forsling, a former Sports Illustrated model, is suing Estée Lauder for photoshopping an image of her face to make her look older. The US$2-million lawsuit claims that the company has damaged her career by featuring her in an ad for an anti-aging serum marketed to women over 45; Forsling is 35, and has never used it. The chances she might endorse the serum in 10 years, when she hits the product’s target demographic, are probably nil.

From protests to parties

Amid a civil uprising, Yemen’s President Ali Abdulla Saleh was wounded during a rocket attack on his palace that killed seven people, and sent to Saudi Arabia for chest and back surgery. Yet Saleh, at 69 Yemen’s ruler for 33 years, has vowed to return to power despite intense pressure to resign. With their president injured and out of the country, Yemenis briefly ceased protesting in the streets and instead celebrated.

Jill Abramson will become the first woman to lead the New York Times since the paper’s founding 160 years ago. Abramson, currently managing editor, will replace Bill Keller as executive editor in September. But Abramson is already learning the ropes: in accepting the promotion, she expressed her pride at running a paper that “substituted for religion” in her childhood home—a quip that came under fire from right-wing critics. “I made that comment in jest,” she later told NPR. “I guess that isn’t permissible anymore.”

Wisely out of the picture

Gorgeous and brainy, 34-year-old Huma Abedin, Hillary Clinton’s long-time aide, has it all. And now she has a congressman husband who sends pictures of his crotch, via the Internet, to women he’s never met, too. Abedin married Anthony Weiner, 46, last year, but was not at his side as he confessed to his peccadillo this week.