Newsmaker of the day: King Tut and his broken beard

Newsmaker, Jan. 22: Tutankhamun's beard snaps off, and someone reached for the crazy glue 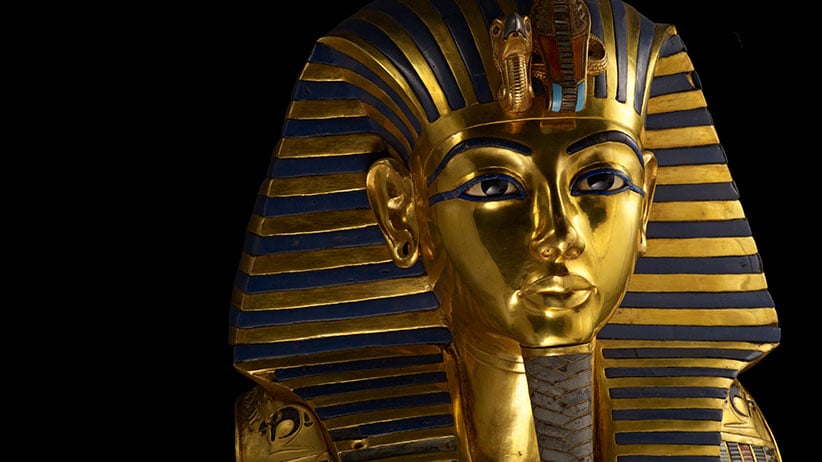 If it ain’t broke, don’t fix it, or so the idiom goes. But it ends up that when it’s a 3,300-year-old artifact in question, you still probably shouldn’t fix it.

That’s perhaps the enduring lesson of the Associated Press’s report that at the Egyptian Museum at Cairo, the iconic death mask of King Tutankhamen—resplendent in gold and navy—was knocked over and broken, its beard cracked off its chin, and promptly glued back like so many amateur home renovation projects. Indeed, as anyone who’s done one of those roughshod renos before, glue isn’t a perfect solution; the epoxy glue, according to a curator, has damaged the priceless artifact.

“The mask should have been taken to the conservation lab, but they were in a rush to get it displayed quickly again and used this quick-drying, irreversible material,” an anonymous conservator told AP. Indeed, a line of translucent yellow is now visible between Tut’s chin and beard. It’s like someone took some masking tape to the Mona Lisa, or used some plasticine to fill in a chip on the Statue of David.

In the museum’s defence, the country has been undergoing political turmoil that has made tourism dollars—driven by the display of these iconic items—a difficult thing to maintain. The country’s antiquities minister told a private Egyptian TV channel in 2014 that revenues have plummeted from three billion Egyptian pounds in 2010 to just 125 million four years later—a stunning 95 per cent decline. Between 2013 and 2010, tourists dipped in number by five million. It’s an issue that’s plagued so much of the history-rich Middle East; in Iraq, large-scale looting took place in the wake of the U.S. invasion, while in Syria, the civil war has damaged all six of its World Heritage sites.

So it should be no surprise that the museum staff who spoke out to AP said that the orders to hastily glue the high-profile beard back came from up on high, rather than from the harried thinking of some hapless janitor. But despite the now official inquiry, that top-down pressure makes the whole thing look even worse.

(And not that there is scientific proof of a true mummy’s curse—a legacy of King Tut’s tomb ever since it was opened in 1922—but there have been no reports of increased locust activity at press time.)