Newsmaker of the day: The Interview gets wide release after all 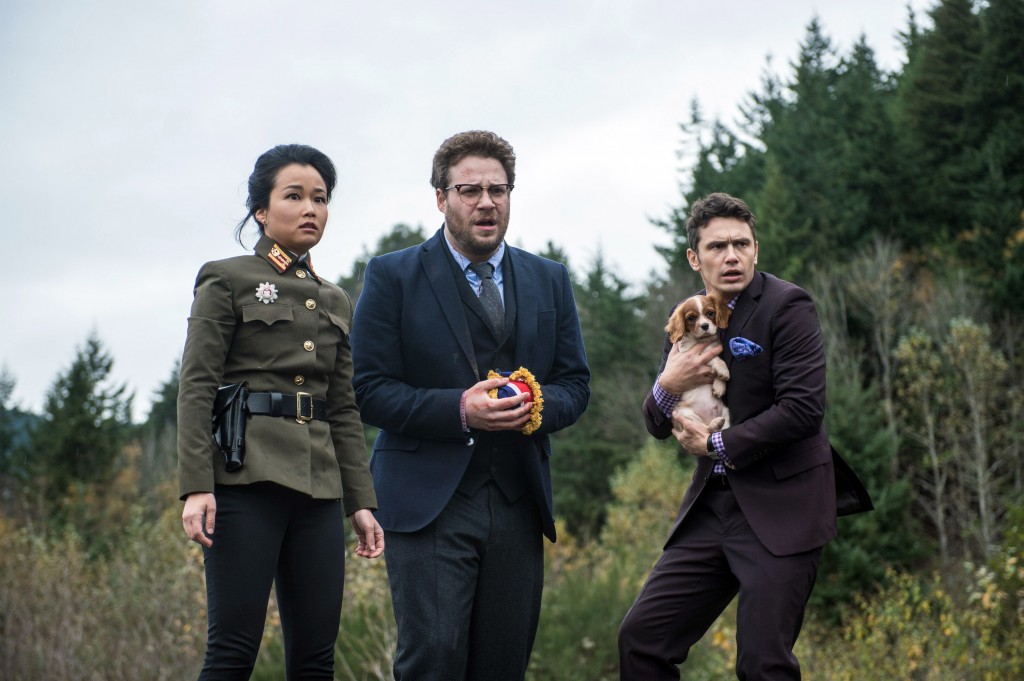 Merry Christmas indeed: The Interview has proven to be the gift that keeps on giving. The film from Seth Rogen and James Franco, centred around an assassination attempt on North Korean leader Kim Jong-Un and kiboshed as a result of the presumed Sony hackers threatening Sept.-11-style reprisal on theatres who show the movie—with the FBI now saying this threat came from North Korea—has been released after all. As of 1pm EST, it’s been available through streaming sites like Google Play, Youtube, Xbox Video, and its own site seetheinterview.com, which is currently down, presumably from the thunderous crush of people hungry to see a movie that AV Club, in a review of the film, says is mostly centred around jokes about butts. Americans can now rent freedom for $5.99, or buy it for $14. (UPDATE: Canadians can now do the same, according to this tweet from Sony, for a dollar extra, showing that the much-maligned U.S.-Canada price gap also affects the cost of free speech.)

“Sony and Google agreed that we could not sit on the sidelines and allow a handful of people to determine the limits of free speech in another country (however silly the content might be),” wrote David Drummond, SVP Corporate Development and Chief Legal Officer, in a statement. And rightly so—this has always been a defence of free speech, and not a defence of stoner buddy flicks. But the day before Christmas, it’s hard to ignore that everyone gets what they want: Sony releases their film with more buzz than ever, Google and fellow streaming sites get the chance to stand up for something while making a chunk of change while they’re at it, and the hackers still get to say they managed to bring the United States to at least one knee. This isn’t so much a triumph in defending free speech so much as it is a meek step forward after ten steps back.

It’s hard not to be cynical about this. But if there’s a moral to take from this yuletide tale, it’s this: There’s nothing like a terrorist threat, an exceptionally weak-willed defense of free speech, and an embarrassing amount of political involvement to lift up what was likely to be a forgotten film into one with arthouse credibility, one that people now feel is a torch that needs bearing. Seth Rogen and James Franco go from boors to martyrs. And honestly, isn’t that actually a crazier story than one of a TV host sent to assassinate a dictator?

FILED UNDER: newsmakers The Interview