In the news this week: Pistorius on the stand, Brazeau charged again and an oops from Kate Mulgrew 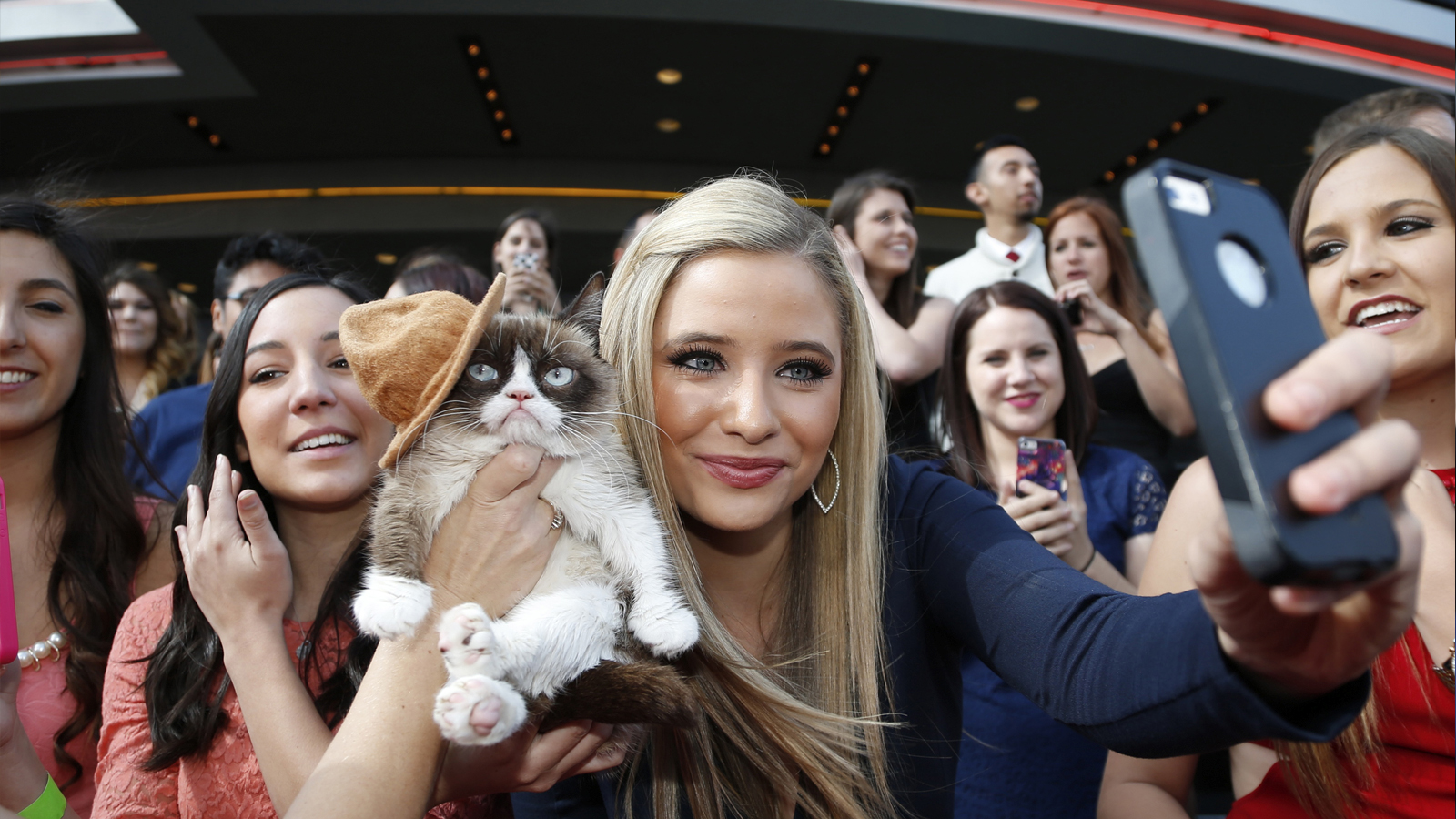 Cat in a hat: Web star Grumpy Cat—wearing a replica of Pharrell Williams’s infamous accessory—poses with fans at the MTV Movie Awards in L.A. (Lucy Nicholson/Reuters)

The Prime Minister’s son will be attending Queen’s University next fall, as a star recruit for the men’s volleyball squad. The announcement, made via a school website this week, describes the six-foot-four teen as a “standout” outside hitter with “superior skills.” In an accompanying statement, the young Harper said he’s choosing Queen’s for its top-notch athletic facilities and school pride. Kingston, Ont., is only 200 km from 24 Sussex Drive. But the fact that his parents usually spend their weekends back in the PM’s Calgary riding should give the kid some room to cut loose.

For 25 years, the proof of his innocence sat buried in a police file. At his trial for the 1989 murder of a rival Brooklyn drug dealer, Fleming’s lawyer presented plenty of evidence to show that his client had been on a family trip to Disney World when the killing occurred. But the court chose to believe the prosecution’s contention that he snuck home to pull the trigger and sentenced Fleming to life. Now he’s a free man, thanks to a tattered hotel phone bill that proves he was truly in Florida at the time. The receipt had been brought up at his original trial, but detectives said they had no idea where it was.

The man known for his unshakable confidence on the track, is proving a wreck on the witness stand. Testifying in his own defence at his trial for the Valentine’s Day 2013 murder of his girlfriend, Reeva Steenkamp, the South African athlete repeatedly broke down, sobbing, retching and begging for forgiveness from her family. The man known as the Blade Runner maintains he shot through a bathroom door after mistaking her for an intruder. But the prosecution has been busy punching holes in his story, accusing him of “tailoring” his testimony and staging his emotional outbursts.

The disgraced Tory senator seems to be approaching rock bottom. After making headlines for taking a job at an Ottawa strip club to make ends meet during his suspension from the Red Chamber, the 39-year-old is in the news again following his arrest on domestic assault and cocaine possession charges. Brazeau, who was already awaiting trial on assault and sexual assault charges from 2013, has been released on $5,000 bail, and ordered to enter a drug and alcohol addiction treatment centre.

You would think that spending seven years portraying Capt. Kathryn Janeway on Star Trek: Voyager would have taught the American actress a few space basics. Apparently not. Last week, she took to Facebook to apologize for her role as the narrator in the documentary The Principle, which argues that the sun revolves around the Earth instead of the other way round. Mulgrew says she was “misinformed” when she took the voicing gig and is not a geocentrist. She also disassociated herself from the film’s producer, Robert Sungenis, a noted Holocaust denier.