The hair of the Mutt, That’ll teach them to follow the law and Twin peaks 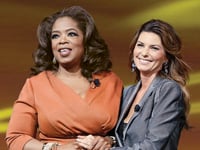 The hair of the Mutt
Shania Twain is breaking her stoic and refreshingly dignified silence on her ex-husband’s infidelity. She’s signed on to star in a reality series on the new Oprah Winfrey Network (OWN), which goes to air Jan. 1. The series, Why Not?, will explore the “life-altering heartbreak” of the end of her 14-year marriage to music producer Mutt Lange, and her recovery. Lange took up with Marie-Anne Thiébaud, a long-time secretary and house manager at Twain and Lange’s estate in Switzerland. Twain is recovering by dating Thiébaud’s ex-husband, Frédéric, which has a certain symmetry to it. “This is a very personal experience that I think is important to share,” she told Winfrey. One unlikely to agree is the highly reclusive Lange, which may be the point of the exercise.

That’ll teach them to follow the law
Wisconsin’s new sex education law, which requires any such courses to include lessons on birth control and sexually transmitted diseases, is “sick and shameful,” says Scott Southworth, district attorney for Juneau County. Southworth warns he’ll prosecute teachers who teach contraception, as mandated by law. The charge would be contributing to the delinquency of a minor, punishable by up to nine months (how appropriate!) in jail, and a $10,000 fine. “I didn’t pick the fight,” says Southworth, a Christian evangelical, “the legislature dumped it in my lap.” Coincidentally, it’s Teen Pregnancy Month, and Bristol Palin, 19, has filmed a public service message with her infant son Tripp. It’s a bit of a shift from her earlier strictly-abstinence line. “Pause before you play,” she warns. 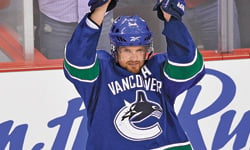 Twin peaks
The NHL schedule being what it is,?Vancouver Canuck forward Henrik Sedin has a limited profile in Eastern Canada. Expect that to change. Sedin won the league scoring title on the weekend, with 112 points, beating superstars Alex Ovechkin, in second, and Sidney Crosby, in third. Sedin scored four assists in his final regular-season game against Calgary on Saturday. In typical fashion, three of those passes fed his identical twin Daniel, who scored a hat trick. Daniel may have challenged for the points race if he hadn’t missed 19 games due to injury. He potted 85 points, or 1.35 points per game to Henrik’s 1.37. The brothers also finished the three previous seasons within one or two points of each other—an eerie accomplishment over 82 games. That and their no-look passes to each other cement the theory that some twins really are telepathic. 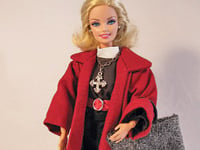 OMG, it’s Rev. Barbie
Barbie has been a surfer, a nurse, an astronaut and a play toy for Ken. Now she has moved to a higher plane. Meet Episcopal Priest Barbie, High Church Edition—11½ inches of smokin’ hot virtue. Priest Barbie is a one-off creation of Julie Blake Fisher, an Episcopalian priest (and seamstress) in Kent, Ohio. Fisher spent 100 hours creating a set of authentic vestments for the doll, which was a gift for her friend Rev. Dena Cleaver-Bartholomew, who had just received her first pulpit assignment in Manlius, N.Y. Rev. Barbie already has a Facebook page with more than 6,000 friends. Cleaver-Bartholomew sees Barbie as a fun way to spread the word: “Evangelism is definitely in her future.”

Fixing homelessness one hen at a time
Vancouver Mayor Gregor Robertson and council have voted to allow residents to keep up to four egg-laying hens in their yards. The proposal, which still requires a public hearing, includes a chicken retirement plan of sorts—a city-run shelter for abandoned chickens. The shelter, with an estimated $20,000 start-up cost, is deemed necessary because the bylaw prohibits killing the birds when they are no longer productive, or if residents hunger for poultry instead of omelettes. Advocates for the city’s human homeless population noted the irony, as did opposition councillor Suzanne Anton, who calls the idea frivolous. “We should be paying attention to serious and pressing issues,” she said.

Meech Lake what?
Bloc Québécois Leader Gilles Duceppe has taken his sovereignty campaign on the road, from St. John’s to Vancouver. It’s the 20th anniversary of the Meech Lake negotiations and Quebec, he notes, is still not a signatory to the Constitution. “Canada hasn’t made any offer,” he told Macleans.ca. “We’re forced to conclude, then, that Canada is a take-it-or-leave-it proposition.” It’s doubtful his travels inspired a hunger to reopen the Constitution, nor has he generated the sort of anti-Quebec insult that would inflame the voters back home. 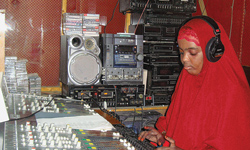 But can an AK-47 gently weep?
The Somali insurgent group Hizbul Islam has banned music on radio stations in Mogadishu, angering fans of pop tunes. “It is against Islam to play music and other lyrics,” said Sheik Moalim Hashi Mohamed Farahhe, a commander of one of the radical Muslim groups trying to topple the Transitional Federal Government. Radio stations have had no choice but to comply. The edict affects not only music programming, but also music used in commercials and as a bridge between programs. “We are using other sounds, such as gunfire, the noise of vehicles and birds,” one station employee said.

Plus, you freeze your elbows off
Five hours is a dismal time if you’re running the Boston Marathon, but it was enough for ex-Dutch marine Joep Rozendal to beat the field at the North Pole Marathon last week. Well, not so much a field as an ice floe, whipped by howling winds and near-blizzard conditions. Michael Stashin, a 48-year-old triathlete from Ottawa, was the fastest Canadian among 25 racers from 10 countries. His time of 6.07.27 got him fourth place. Event director Richard Donovan of Ireland has raced marathons at both poles. “It’s just a bunch of ice all around you and no real atmosphere,” he once explained to Adventure magazine. “You’re all alone running around and you kind of ask yourself, what am I doing here?” 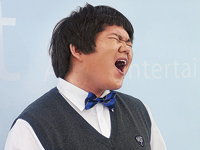 Sorry, kid, Taiwan doesn’t share the feeling
Taiwan’s Lin Yu-Chun, a 24-year-old aspiring singer, used to be known to his friends as “Little Fatty.” Then the baby-faced soprano belted out a stunning version of Whitney Houston’s I will Always Love You on the Taiwanese talent show One Million Star. For one wild week, he was “the next Susan Boyle.” His performance is a viral Internet hit, much like Boyle, who rode I Dreamed a Dream to fame and fortune. Success was fleeting for Yu-Chun. He was punted from the show Friday after flubbing a Mandarin song. “Despite the failure, he still keeps a positive attitude,” his agent Stella Teng told Agence France-Presse. “He feels that success cannot possibly come without failure.”

Saturday Night fever
Saturday Night Live scored two entertainment hotties last week: Tina Fey, co-star of the week’s top-grossing movie Date Night, and Stratford, Ont.’s 16-year-old warbler Justin Bieber, whose hit-heavy CD My World 2.0 is flying off the shelves. Pairing them was comic magic. Fey couldn’t resist another note-perfect run at Sarah Palin, pitching a fictional (for now) all-Palin network. But things came alive in a skit where Fey, as a teacher, wrestles with inappropriate feelings for a student. “I don’t know whether I want to marry him or put him in a stroller and push him around the mall.” It would be creepy if their ages and genders were reversed, but Fey is too sweet to seem a predator. “Incredible,” Bieber later tweeted of the experience. 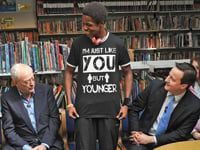 Caine’s mutiny
Actor Sir Michael Caine has plunged into the British election, siding with the Tories’ campaign to unseat Prime Minister Gordon Brown’s Labour Party. Caine appeared with Conservative Leader David Cameron to back a national service plan to let 16-year-olds volunteer for two months of community service. Caine has also promised to move to the U.S. if Labour hikes income tax rates above 50 per cent. “I will not pay the government more than I get. No way.” Bookies give Caine 500:1 odds of being the next Tory leader. 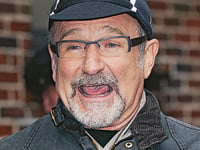 Never kid a kidder
Australian Prime Minister Kevin Rudd thinks comedian Robin Williams hit below the belt when he made fun on the David Letterman show about life down under. Williams called Aussies “basically English rednecks.” Rudd joked Williams should visit Alabama if he wants to see rednecks. This offended Alabama Gov. Bob Riley. “Alabamians are decent, hard-working people,” he retorted. This is comic gold for Williams, like hitting a double play with one insult, or even a triple. Williams offered to make amends by taking Rudd to a New York strip club, a sly reference to the PM’s politically embarrassing sightseeing activity last time he was in the Big Apple.

Not every gal’s dream, mind you
Japanese pitcher Eri Yoshida is all of five feet tall and 114 lb., but her knuckleball is fearsome enough to win the 18-year-old a spot this spring on the minor league Chico Outlaws in California. She’s the first woman to pitch in the minors in more than 10 years, going against the likes of the Calgary Vipers and the Edmonton Capitals. “This is a dream come true for me,” she said.