Justice of sorts
In a move that must have brought some satisfaction to victims’ families, Inderjit Singh Reyat, the only person ever convicted in the Air India bombing, was slapped with Canada’s longest-ever perjury sentence. Reyat, charged in 2001 with murder for his role in the bombing, had struck a plea on a promise to testify truthfully at the trial of Ripudaman Singh Malik and Ajaib Singh Bagri. Under oath, however, everything changed. After Reyat’s claims to not know or remember anything about the plot, the trial ended in a double acquittal. Gary Bass, B.C.’s top Mountie, called Reyat’s perjury the “most despicable kind.” Reyat, in a weaselly apology ahead of sentencing, took no responsibility for his role in the explosions: “No words in any language can ever bring closure to those who have lost loved ones in the tragedy,” he said. The apparent ploy for a lighter punishment brought a scoff from the judge, who sentenced him to nine years: “While he refuses to speak or tell the truth about what he knows, his expressions of remorse ring hollow indeed,” said B.C. Supreme Court Justice Mark McEwan. 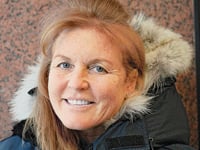 One kind of wilderness to another
Yellowknife coffeshop Javaroma played host to an unlikely guest last week. Sarah, duchess of York, Prince Andrew‘s perpetually embarrassing ex-wife, visited Canada’s North to film Finding Sarah, her forthcoming reality series for Oprah Winfrey‘s new network. While in the N.W.T., she spent a night in a tent on Great Slave Lake for adventure, she told the Northern News Service, and to experience the cold as northerners do. Fergie was caught last year accepting a US$40,000 advance (on an $800,000 payment) in exchange for access to her ex. Heavy hitters like Dr. Phil McGraw and Suze Orman will try to set her on the straight and narrow—no small task.

Jay-Z, look out
Uganda’s President Yoweri Museveni, in an effort to show how down he is with the youth, is rapping his way to another term in office. In a music video gone viral, Museveni, who was first elected in 1986, stiffly drops beats from the presidential podium, barely moving, as he raps about trading cows for wives and harvesting maize. Ugandans—90 per cent of whom are under 40—love it. Museveni’s rap, now a popular ring tone, is a hit in bars, parties and events.

Two weddings and a funeral
Cheatin’ presidential candidate John Edwards, who buried ex-wife Elizabeth less than a month ago, has—hold your stomachs—proposed to Rielle Hunter, if you believe the National Enquirer, which broke the story of their affair and love child. Thankfully, a less tawdry proposal is also making news. Groupon regular Dana Burck, it seems, found the deal of a lifetime on the money-saving site. After clicking on “a surprise for a Dana from a Greg,” the 24-year-old Cincinnati Bengals cheerleader found a coupon for a marriage proposal. She turned around to find her boyfriend, Ohio engineer Greg Hill, on one knee, ring in hand. Groupon issued the following warning in fine print: “Non-transferable. Either party may develop a snoring problem. One or both participants will not always look like a 20-year-old. Good luck, you kids.” 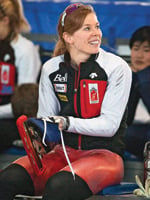 She’s golden
Canada: meet the next Cindy Klassen. By winning gold in all four finals she raced at the Canadian speed-skating championships last weekend, Christine Nesbitt clinched a spot at both the World Sprint and World Allround Championships. The quadruple gold—in everything from the 500-m to the 3,000-m—also sets the stage for what may become a flawless 2011 season for the Vancouver gold medallist, who dominated the World Cup circuit last fall. On her final race of the weekend, with 2½ laps to go on the gruelling 3,000-m, Nesbitt admitted she “started to count the corners I had left—I couldn’t wait for it to be over!” 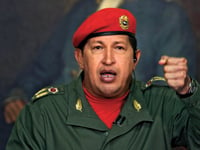 The friends of my enemy are…
After rejecting Larry Palmer, the U.S. nominee for ambassador to Venezuela for linking Caracas to Colombian drug-trafficking rebels, Hugo Chávez helpfully issued a backup list: “I hope they name Oliver Stone,” the Venezuelan president said, suggesting he’d be equally happy with Sean Penn, Noam Chomsky or Bill Clinton. The U.S. State Department was unmoved. “We appreciate President Chávez’s suggestions,” said spokesman Philip Crowley, “but the fact is we are not looking for another candidate.”

Out of Africa, with any luck
A Vancouver mom is fighting to keep her three daughters in Canada, to protect them from being circumcised in their native Nigeria. Former Nigerian TV host Naomi Koin told Canada’s Immigration and Refugee Board her harrowing story of being circumcised herself, unanaesthetized, at 12, and how she’s now doing everything in her power to prevent her daughters—aged 16, 14 and eight—from suffering the same fate. Her husband, a pastor in Houston, is unable to bring his family to the U.S., so they remain in Canada—for now. The IRB ruled last spring that there was insufficient evidence the girls faced danger back home—despite their father’s relatives repeatedly “harassing, threatening” and attempting to force the horrific procedure on the girls, according to Koin’s testimony. Koin appealed, and a federal court ruled that the IRB’s decision was “seriously flawed,” turning the case back to the board.

Leap from faith
“When you don’t agree with an organization that you never chose to join in the first place, the healthiest thing to do is to leave,” Damien Spleeters told Agence France-Presse. He joined a growing number of Belgian Catholics, appalled by rampant sex-abuse scandals and the Church’s conservative stance on birth control and homosexuality, who are demanding to be “de-baptized.” The Church is downplaying the trend, but almost 2,000 in the traditionally Catholic country demanded to be “de-baptized” last year, up from 380 the previous year. Meanwhile, the Church took another hit in a new, tell-all book by famed former Catholic priest Alberto Cutié, who left the faith after his affair with a Miami woman was exposed. Cutié calls the celibacy rule unrealistic. The Church, says the priest once known as Father Oprah, is “misogynistic” and “disconnected.” 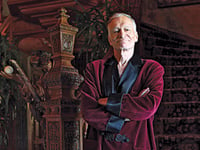 It’s dirty, but not it that way
No, the Playboy Mansion is not a squalid, urine-soaked prison, says Hugh Hefner, denying allegations in Bunny Tales, a new book by former “playmate” Izabella St. James. The newly minted author, who describes the mansion as a dump with stained mattresses and ratty furniture, all thick with the stench of urine, says nightly curfews are only lifted when playmates accompany Hefner to a club. There, the octogenarian constantly checks his watch to time his Viagra so he can later enjoy sex parties where, she adds, he “lays there like a dead fish.” The 84-year-old Hefner, who she claims plies his “girlfriends” with Quaaludes, recently became engaged to 24-year-old Crystal Harris, a woman young enough to be his great-grand-daughter.

Now a thinking man’s snooki
Speaking of literary debuts, Snooki, Jersey Shore‘s pint-sized “guidette” has delivered a thinly veiled roman à clef about life in Seaside Heights. Although some doubt her intellectual heft (she claims to have read her first book, Dear John, less than a year ago, and routinely gets black-out drunk—”you’re like, ‘What did I do? Why did I wake up in a garbage can?’ “), A Shore Thing helps readers navigate the subtle, unexpected distinctions that separate sluts from whores and fake breasts from real ones, and sets out the mark of a good man: you can “pour a shot of tequila down his belly and slurp it out of his navel without getting splashed in the face.”

Too good to play
Talk of Lionel Messi‘s award for FIFA male player of the year dominated sports pages this week. So what about FIFA’s five-time female player of the year? Marta Vieira da Silva was again awarded the title, as she has every year since since she was 19. The Brazilian phenom, the New York Times reports, though, can’t find a club and can’t earn a living, even though she may be good enough to play men’s pro. Da Silva, who dedicated her award to the struggle for women’s soccer, is vowing to play on. 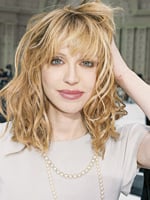 Putting the twit in twitter
Always on the cutting edge, singer Courtney Love is laying claim to the first Twitter lawsuit: she’s being sued by a fashion designer she deemed a “drug-addled prostitute,” and a “nasty, lying, hosebag thief,” on Twitter, during a dispute over payment for clothes. Dawn Simorangkir filed libel charges after Love’s tirade instantly landed in the feeds of her 40,000 or so followers (and countless others). Love’s attorneys are claiming that even if her statements were untrue, her mental state was not “subjectively malicious” enough to justify the defamation lawsuit, according to The Hollywood Reporter—a claim, the Tinseltown paper says, akin to an insanity defence.