And other names making headlines this week 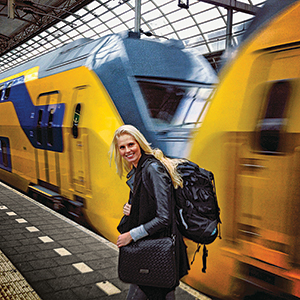 For 50 years, the woman from Heart’s Desire, N.L., believed her son died from illness right after birth—a pain compounded by the wrenching decision she had made to give him up for adoption when she was 19. But Andrew Allan was not dead. And when Alberta—where Andrew was born—opened its provincial adoption records, the two reunited: first, over a letter she thought was a prank, then a picture, then finally a meeting last week. “He was maybe 10 km away from me,” Coombs said of Andrew, who lives in nearby St. Albert. “We must have crossed paths hundreds of times.”

It took all of 6½ hours for the 50-year-old to become China’s richest man. Ma, who in 1999 started Alibaba—the megaconglomerate that holds China’s equivalents of Amazon, eBay and Paypal—has a net worth of about $18 billion after the company went public last week, with investor demand pushing Alibaba’s price to more than $223 billion. Not bad for a former English teacher who was accepted into one of China’s worst schools on his third try—and earned just $12 a month after graduating.

For a struggling student, a five-week holiday across Southeast Asia sounds like a dream that’s too good to be true—and, for this 25-year-old Amsterdam woman, it was. Van den Born tricked loved ones into thinking she was enjoying a 42-day vacation—but, in reality, she never left her apartment, using Photoshop and Facebook to stage the stunt. It was all part of a university project that aimed to point out the artificiality of social media. Perhaps she’ll celebrate the project’s completion with a weekend away.

The executive producer of what feels like all of ABC’s primetime schedule—Grey’s Anatomy, Scandal and the new How to Get Away with Murder—took a break from her busy schedule to excoriate New York Times TV critic Alessandra Stanley. And rightly so: In the first paragraph of a feature, Stanley suggested Rhimes should call her autobiography How to Get Away with Being an Angry Black Woman. “Wait. I’m ‘angry’ AND a ROMANCE WRITER?!!” tweeted Rhimes, who drew support from famous friends Viola Davis and Kerry Washington. Stanley was unapologetic, though the story is being examined by the Times’ public editor.

If Jack Ma needs any tips about how not to act with his newfound wealth, he should look to the founder of Oracle and America’s third-richest man. Ellison, best known for his comically clichéd rich-person antics—pumping millions into yachts, hiring an aide to chase down basketballs that fall over the side from his on-deck court—finally stepped down as database firm Oracle’s CEO after 37 years. It’s unclear how his new role as chief technology officer—fairly demanding for a tech company like Oracle—will affect his yachting career, though.