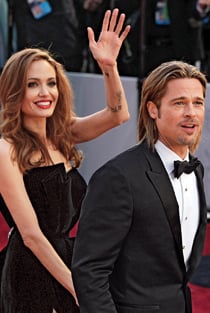 Somewhere in east Vancouver, the host of a recent garage sale weeps bitter tears. Two paintings he sold for a combined $100 were a tad undervalued. One is a watercolour by Group of Seven member Frederick Varley. The other appears to be an oil-on-plywood landscape by Tom Thomson. Kate Bellringer of Maynard’s Auctions told the Vancouver Sun the paintings were purchased on “impulse” by a “regular guy” who wants anonymity. Perhaps it was the barely discernible Thomson signature that caused him to haul both works to the auction house for appraisal. Smart move: Bellringer said expert consensus is the Thomson is authentic. The Varley has an estimated value of up to $6,000, while the Thomson may fetch as much as $250,000 at a May 16 auction.

Darryl Sutter has turned around the Los Angeles Kings since taking over coaching duties mid-season. His Kings have the Vancouver Canucks on the ropes in the first round of the NHL playoffs. Puck luck hasn’t been as kind to his brother Brent Sutter. The Calgary Flames announced last week that Brent has left as head coach by “mutual agreement” after the team missed the playoffs yet again. Darryl had kind words for his bro: “I think he’s a top coach in the National Hockey League and it may very well be that he’ll be coaching somewhere else soon, too.” Darryl speaks from experience. He, too, was punted from the flickering Flames in late 2010. He was GM there when Brent was hired in 2009.

When Trish Vickers of Charmouth, Dorset, in England lost her sight to diabetes seven years ago, she began writing a novel to keep mentally active. She wrote 26 pages in longhand. When her son Simon visited, she learned the opening chapters of her novel, Grannifer’s Legacy, were blank. The pen was out of ink. Once Vickers got over the shock, she phoned local police and asked for help. The department’s forensic team used its spare time over five months to restore the manuscript by reading the indents on the pages with a special light. “I was gobsmacked,” Vickers told the Daily Telegraph. I am so happy, pleased and grateful.”

A jackass, but a smart jackass

U.S. President Barack Obama doesn’t shy away from the big issues of the day. Asked by David Samuels, a contributor to The Atlantic, which rapper he prefers—Kanye West or Jay-Z—an unflinching President replied: “Jay-Z.” Kanye, he conceded, is also “smart” and “very talented.” Samuels then noted that Obama called West a “jackass” after he infamously dissed country singer Taylor Swift as she accepted an MTV video award in 2009. “He is a jackass,” Obama replied. “But he is talented.” The love flows both ways. Jay-Z’s wife, Beyoncé, posted an open letter to First Lady Michelle Obama, calling her “the ULTIMATE example of a truly strong African-American woman.”

The choker is also choked

The Conservative government’s decision to mark the 30th anniversary of Canada’s Charter of Rights and Freedoms with little more than a press release disappointed former prime minister Jean Chrétien. He was justice minister and point man during the patriation negotiations that resulted in Queen Elizabeth II signing the document on April 17, 1982, in Ottawa. “It’s a very important moment in Canadian history, whether you agree or disagree,” he told Postmedia News. Perhaps he marked the occasion with a bottle of Shawinigan Handshake, a beer brewed in his honour by his Quebec hometown brewery Le Trou du Diable. The label has a caricature of Chrétien choking the devil. Brewery co-owner Isaac Tremblay says the beer is endorsed by Shawinigan’s favourite son. Less enthusiastic is Bill Clennett, the anti-poverty activist whom Chrétien infamously throttled and shoved aside 16 years ago in Hull, Que. “It’s pitiful,” Clennett said of the brew.

An old joke asks, what’s the difference between a bagpipe and an onion? Answer: Nobody cries when you chop up a bagpipe. Ah, but great was the lamentation in Vancouver when civic officials banned buskers from playing the pipes—Scotland’s gift to music and warfare. The ban threatened the summer livelihood of 22-year-old piper Kyle Banta, who took his cause to the media. Riding to the rescue was Vancouver’s occasionally kilt-wearing Mayor Gregor Robertson, who thundered: “The clans won’t stand for it!” Within days, the ban on pipes and percussion instruments was lifted. Overseas, the news was greeted with relief. “Kilt-loving mayor KOs barmy ban,” read the headline in the Scottish Sun.

Look on the bright side. If Axl Rose had been inducted into the Rock and Roll Hall of Fame Saturday as a co-founder of Guns N’ Roses, the world would have endured the mother of all weird acceptance speeches. As it was, it took a 1,064-word letter to say he was rejecting the honour, doesn’t think much of his ex-bandmates and wants to move on. “So let sleeping dogs lie,” reads one of his more succinct sentences, “or lying dogs sleep, or whatever.” But much of the original band was there, including Slash, Duff McKagan, Steven Adler and others. Mention of Rose elicited boos at Cleveland’s Public Auditorium, and a few thorny asides. Green Day singer Billie Joe Armstrong told the crowd Rose was “the greatest frontman to ever step in front of a microphone,” before adding, “but he is . . . crazy. I can vouch for that.”

After seven years and six kids, Mr. & Mrs. Smith are finally getting married—someday. Cynthia Pett-Dante, a spokeswoman for Brad Pitt, confirmed Friday that the actor is engaged to Angelina Jolie. “It’s a promise for the future,” Pett-Dante said, “and the kids are very happy.” Jolie let a killer engagement ring do the talking during an outing with Pitt and son Pax at an art exhibit in L.A. Jeweller Robert Procop said he and Pitt collaborated on the design of the ring, which has a tablet-shaped diamond mounted amid a galaxy of smaller stones. A wedding date hasn’t been set. Considering the ring was a year in the making, there’s apparently no rush. Jolie has said the two fell in love during the 2005 filming of Mr. & Mrs. Smith, in which they play a bored married couple who lead secret lives as assassins.

Did Smithsonian magazine reveal one of cartoonland’s biggest secrets? It quotes Simpsons creator Matt Groening saying the inspiration for the show’s dysfunctional suburbia came from watching Father Knows Best, set in a town called Springfield. He assumed it was the Springfield south of his hometown of Portland, Ore. “When I grew up, I realized it was just a fictitious name.” There were Springfields all over the U.S. “This will be cool,” he thought as he created his show, “everyone will think it’s their Springfield.” Don’t assume Marge and Homer are Oregonians, Groening said in a clarification. In a Simpson-esque reference to Citizen Kane, he explained, sort of: “I never said Springfield was in Oregon. I said Springfield was the name of my sled.”

Gu Kailai, once called China’s Jackie Kennedy for her pedigree, glamour and sharp legal mind, may have taken her killer ambitions a step too far. Gu, the wife of Bo Xilai, once a rising government star, is suspected of killing British businessman Neil Heywood. Reuters said Heywood had helped Gu move money offshore last year and threatened to expose her scheme unless he got a larger cut. Both Gu and family employee Zhang Xiaojun are in custody. Bo was dismissed in March as party secretary in the city of Chongqing. Officials said he’s under investigation for “severe violations of discipline.”

They sit on the supreme court of reality TV, and that’s a good gig to have. Britney Spears is reportedly close to joining the judgment panel for X Factor for a cool $15 million. With that, she vaults ahead of Jennifer Lopez, who makes do on $12 million a season for American Idol. Such numbers pale beside the money machine that is Simon Cowell. Forbes estimated his take from the 2009 season of Idol alone was $75 million. Insiders say Spears worries about sharing judging duties with the mercurial Cowell. She wants a guarantee she won’t be bullied.

Meaghan Walker, a member of the Cowichan Tribes of Vancouver Island, is claiming an Aboriginal right to paper Victoria with ads for her housecleaning business. The city is taking Walker and her husband, Charles Champion, a non-Aboriginal, to court to keep her flyers off hydro poles and other sites. Walker told the Times Colonist the city “never stopped being the territory and jurisdiction of the Aboriginal peoples.” The case goes to court July 4.

Well, this is ironic

U.S. Secretary of State Hillary Clinton kicked up her heels to Cuban music Sunday at the Club Havana bar during the summit of the Americas in Cartagena, Colombia, a meeting of 33 nations. Notably, the 34th—Cuba—was only there in spirit due to the U.S.-imposed embargo against the Communist nation.