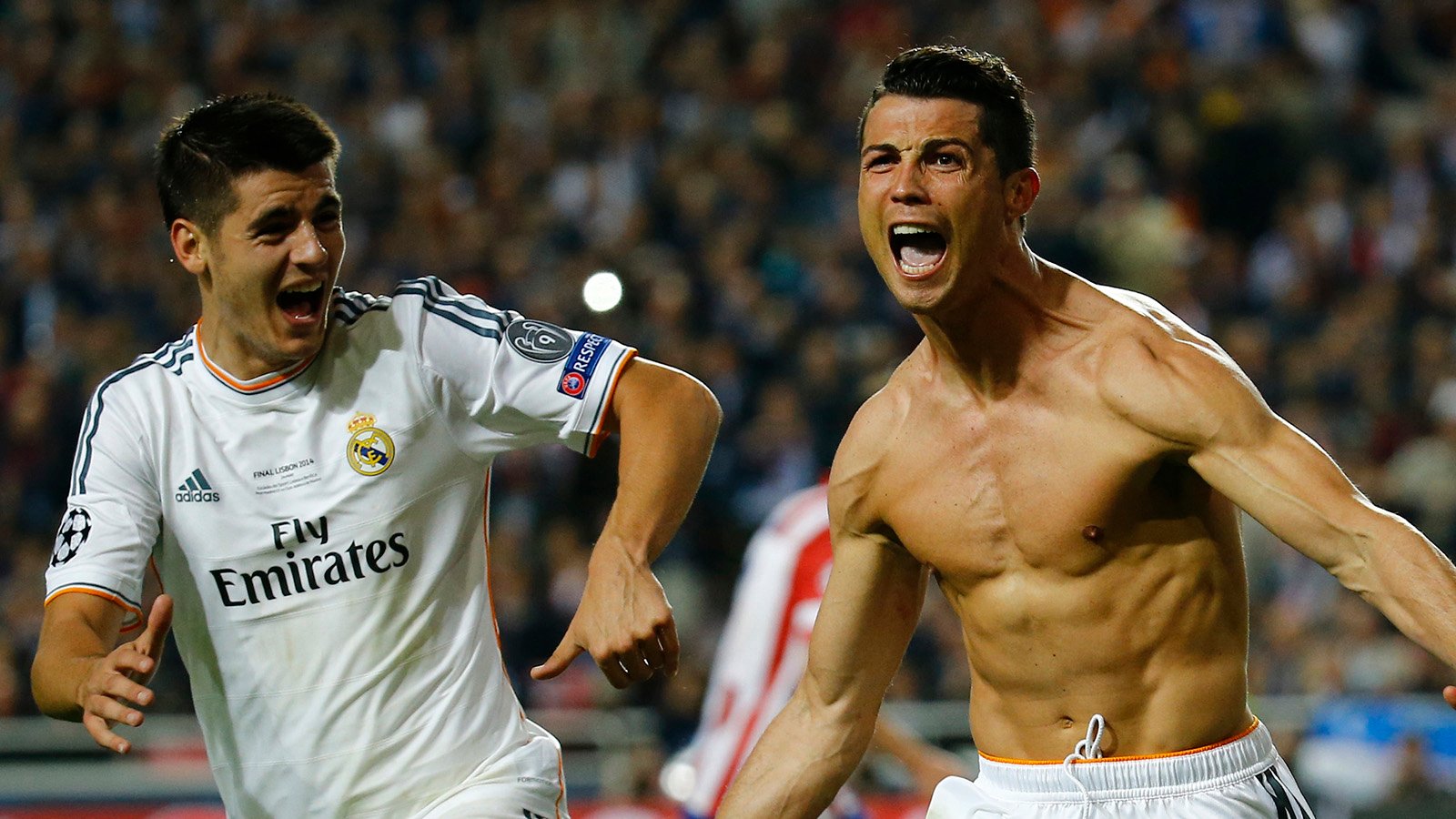 Real Madrid’s Cristiano Ronaldo (R) celebrates with team mate Alvaro Morata (L) after scoring a penalty against Atletico Madrid during their Champions League final soccer match at the Luz Stadium in Lisbon on May 24, 2014. (Kai Pfaffenbach/Reuters)

In the wake of Donald Sterling’s racist comments, the owner of the NBA’s Dallas Mavericks attempted to publicly ponder the notion of prejudice. “I know I’m bigoted in a lot of different ways,” Cuban said in an interview. “If I see a black kid in a hoodie on my side of the street, I’ll move to the other side of the street.” Whatever the wisdom of Cuban’s comments, his reference seemed to evoke the case of Trayvon Martin, the Florida teen who was killed in 2012 by a neighbourhood watch volunteer. Cuban subsequently apologized to the Martin family via Twitter, while standing behind the rest of his comments.

At just 25, the Quebec filmmaker has already conquered Canadian cinemas, and now he’s taken Cannes. The wunderkind brought his fifth movie, Mommy, to the Croisette, and immediately sparked frenzied speculation that it would take the Palme d’Or, the ﬁlm festival’s top prize. That honour ended up going to Nuri Bilge Ceylan’s drama Winter Sleep, though Dolan did snag the coveted jury prize. As for sharing the award with industry legend Jean-Luc Godard, Dolan didn’t seem to appreciate the gesture. Asked whether he was a Godard fan, Dolan replied with a simple, “No.”

After kicking a prone protester, the aide to Turkey’s prime minister took seven days off work—to deal with a bruised knee. A photo of the kicking, which shows Yerkel kicking at a man otherwise occupied with two military officers, went viral after Turkish officials encountered demonstrators during their tour of a mining disaster that killed 300. Yerkel’s attack is presumably to blame for his wrecked knee, as well as swelling around his shoulders and chest.

Cue the Wanted Dead or Alive jokes: Buffalo Bills fans, riled by speculation that their NFL team could move to Toronto thanks to the New Jersey rock star and potential owner, are establishing “Bon Jovi-free zones” in protest. The musician has long been linked to a developer interested in buying the team and moving them north, with speculation heating up as the franchise went on sale last week. But a group called 12th Man Thunder, formed to “give Bills fans a voice,” has rallied for a ban of Bon Jovi’s music in Buffalo bars, successfully recruiting local radio DJs to the cause.

The ex-wife of Tiger Woods has come forward for the first time to discuss her relationship with the golfer. “I am in a good place,” she tells People. “My relationship with Tiger is centred around our children and we are doing really good.” Woods’s marriage fell apart in 2009 amid allegations of infidelity. But five years on, Nordegren says a certain peace has been found. “I went through the wringer. But I don’t think I doubted we’d end up here,” she says. “That was always my dream, that the kids can have two loving parents that show respect for each other. And I feel that’s what they have.”