Newsmakers of the day: Seth Rogen and James Franco

Newsmaker of the day, Dec. 16: The stars of 'The Interview' retreat amid threats 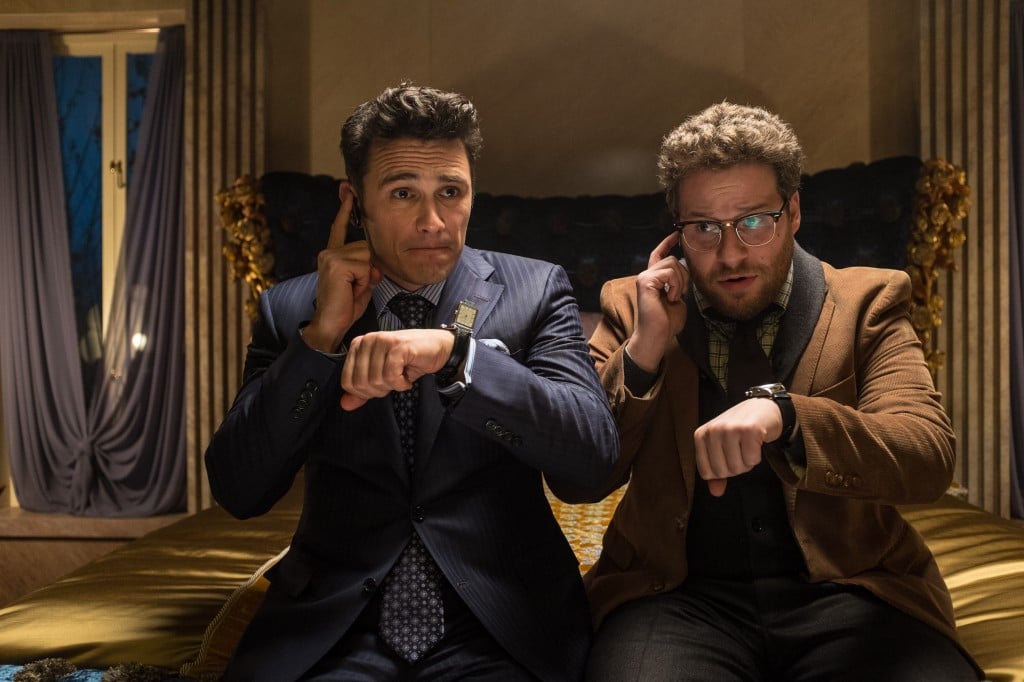 A hack of Sony Pictures Entertainment, by a group calling itself Guardians of Peace, has produced scores of headlines and shocking disclosures, from racially charged emails penned by major executives, to a ruinous leak of the upcoming James Bond film. But the most unnerving part of the cyberassault has been the threats around the upcoming movie The Interview, which stars 32-year-old Seth Rogen and James Franco, 36, as buffoonish secret agents sent by America to kill North Korean dictator Kim Jong Un. The pair have been vocal in their criticism of the media reports about the leak: “Everyone is doing exactly what these criminals want,” the Canadian-born Rogen told the Howard Stern Show. Regardless of how concerned they may have been, they appeared to be boldly pressing on.

Then, today. Another flood of revelations—along with a scary threat that promises Sept. 11-style reprisal against theatregoers when it opens on Christmas Day (“The world will be full of fear. Remember the 11th of September 2001”)—and they seem no longer so bold. According to Variety, the pair have cancelled all media appearances, including late-night interviews with Seth Meyers and Jimmy Fallon. And while the U.S. Department of Homeland Security has told the Huffington Post that there is “no credible intelligence” of a terror attack and, as of now, it is reported that the pair will attend previews with the movie going on as planned, Sony has taken the remarkable step of letting individual movie theatres decide if they want to show the movie, according to the Wall Street Journal.

Today’s leak also revealed a cut of the film’s ending, a brutal killing of the 31-year-old very-much-alive North Korean leader, which clocks in as a tick less gory than the bloody catharsis at the end of Quentin Tarantino’s Nazi-revenge flick Inglourious Basterds. It’s unclear whether the North Korean government played any part in the hack—they have denied it, though a Pyongyang spokesman called it a “righteous deed”—but the question of what the filmmakers were expecting to happen as a result of this intentionally provocative movie remains a sore-thumb kind of query.