Newsmakers of the day: the journalists who died in 2014

Newsmakers, Dec. 23: At least 89 journalists or media workers were killed in 2014 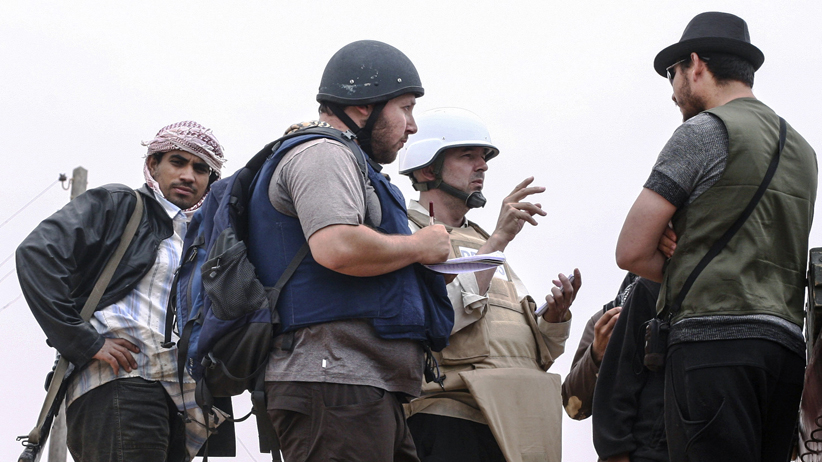 MISRATA, LIBYA: American journalist Steven Sotloff (centre) talks to Libyan rebels on the Al Dafniya front line, 25 km west of Misrata, in 2011; he was kidnapped in August 2013 and killed a year later by Islamic State (Photo by Etienne de Malglaive via Getty Images)

In the months before James Foley was beheaded with a knife—a gruesome death at the hands of Islamic State—the American freelance journalist was starved, waterboarded and hung upside down at his ankles from a metal bar.

Steven Sotloff suffered a similar fate, as Islamic State released more videos of other journalists kneeling in an orange jumpsuit with their deaths imminent.

International journalists were indeed killed at an “unusually high” rate this year when compared to more recent years, according to the Committee to Protect Journalists (CPJ), though many more lost their lives practising their craft over the world.

In 2014, a total of at least 89 journalists or media workers were killed, according to the CPJ. Syria was the deadliest country, with at least 17 deaths in the war-ravaged country.

As compiled by the CPJ, here is a list of all those journalists who died so far this year: