A look at who's making headlines this week 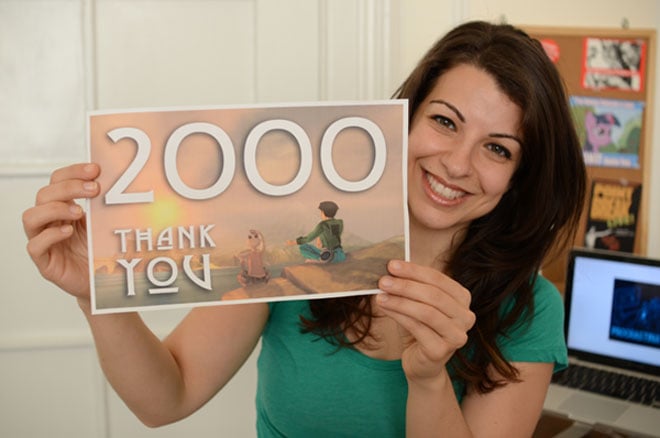 The months-long conflict over sexism within the gaming industry—now dubbed #GamerGate—was thrust into public view when Sarkeesian was forced to cancel a speech at Utah State University after the school received an email warning of a shooting massacre and refused to ban concealed firearms. The Canadian-born feminist, known for her work drawing attention to sexism in gaming, has been a constant target of violent threats—which also shed light on the attitudes she seeks to expose and redress.

The designer behind the ivory taffeta confection Diana Spencer wore at her 1981 “fairy tale” wedding to Prince Charles has taken to crowdsourcing to reboot her failed fashion career. Emanuel became an overnight sensation after the nuptials, but like the royal marriage, her business was doomed; she couldn’t keep up momentum and lost the right to use her own name in the 1990s. Now the 61-year-old is asking the public to help her finesse a happily-ever-after ending. Her target is $1.4 million; to date, less than $55,000 has been raised.

The former Florida governor has made a political weapon of the small, electric fan. For years, he’s used the devices to cool himself while speaking publicly in the muggy air of his home state. And for some reason, it gets under his opponents’ hides. Last week, incumbent Gov. Rick Scott refused to start a televised debate when he saw a fan set up at the foot of Crist’s lectern, saying it gave the Democrat an unfair advantage. Scott had to climb down in the end, but not before Crist had the stage to himself for four minutes. “Is there something wrong with being comfortable?” he asked, smiling.

Logan Valentini, formerly Lori Homolka, Karla’s sister, was dragged into another lurid murder case—this time by alleged Montreal killer Luka Rocco Magnotta. Magnotta, who is on trial for murdering and dismembering Jun Lin two years ago, is also accused of mailing a package containing some of Lin’s remains to a school in Vancouver, postmarked with Valentini’s address. Valentini testified that she had no knowledge of the package or its contents. She also revealed that her sister, who was last seen raising a family in the Caribbean, is now back in Canada, living in Quebec.

Earlier this year, in the thick of the Ukraine crisis, Hunter Biden, son of U.S. Vice President Joe Biden, upset American officials when he joined the board of a private Ukrainian gas company. (At the time, the Obama administration was trying to deter Ukraine from using Russian energy.) This week Biden is in trouble again: the 44-year-old former lobbyist was discharged from the Navy after he tested positive for cocaine. Sources say Biden failed a drug test last year. The Vice President’s Office has yet to comment on the incident.