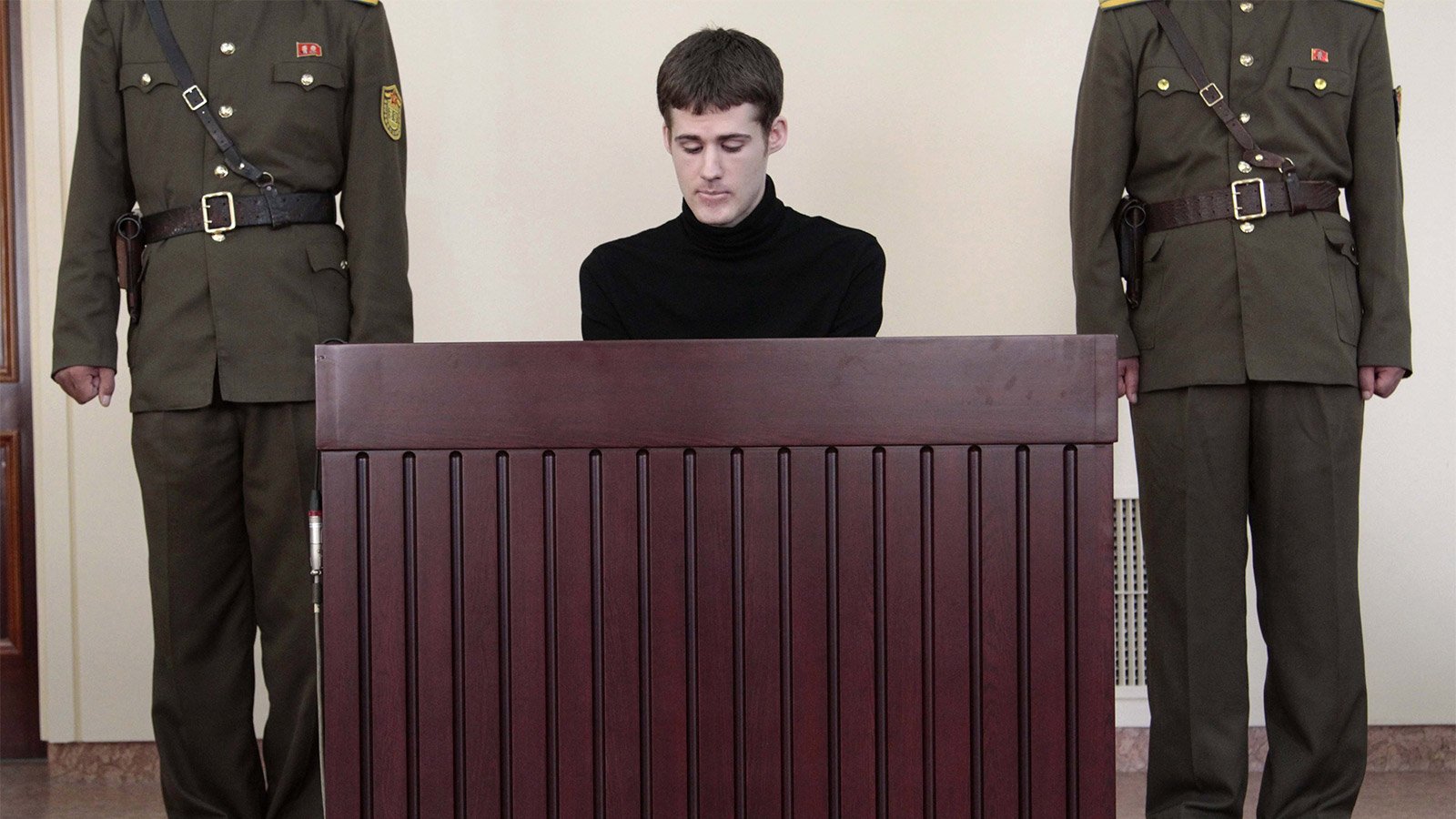 In a 90-minute trial, Californian Matthew Miller, 24, was sentenced by North Korea to six years of hard labour on charges of espionage. (AP)

The rebel pontiff does what he wants. Two months after popping in for lunch at the Vatican cafeteria like a mere cardinal, Francis presided over 40 weddings at St. Peter’s Basilica—including that of a few sinners, at least according to the Church. One bride, for instance, had a daughter from a previous relationship, and a few couples were already living together. Francis, though, sagely noted that marriage was “real life, not some TV show.” For what it’s worth, the Pope’s approval ratings have him far from cancellation: a March poll found that only one per cent of U.S. Catholics had an unfavourable opinion of him.

Would you like to buy the band’s new record? You’ve probably already got it, whether you wanted it or not. While announcing new versions of the iPhone, Apple CEO Tim Cook also celebrated a massive deal with the Irish rock band fronted by Bono: copies of Songs of Innocence would be automatically added to music libraries of iPhone owners using the most recent iOS. The gift was not well-received, with critics questioning the ramiﬁcations for future impositions. “This might be the largest album release in history,” wrote Chris Richards of The Washington Post. “It’s also rock-’n’-roll as dystopian junk mail.”

On the 13th anniversary of the terrorist attacks of 9/11, Fleischer, like many, was moved to think of where he was that day. In his case, he was press secretary to the president of the United States, alongside George W. Bush in Florida. Instead of merely sharing a solemn message of remembrance, Fleischer took to Twitter to recall intimate details of the day, timed to the minute. The revelatory blow-by-blow account also included private words of the president. “We’re at war, Dick,” Fleischer quoted Bush telling Dick Cheney, “and we’re going to find out who did this and we’re going to kick their ass.”

The former resident of Richmond Hill, Ont., is being called “the most important personality” in the Mafia after he was arrested in Italy. Coluccio left Canada four years ago amid allegations that he was connected to organized crime. Last week, he was arrested on charges of extortion and Mafia association in a crackdown on the ’Ndrangheta, a powerful criminal organization based in Italy. Two of Coluccio’s brothers, who also once lived in Ontario, are already in prison in Italy.

Canada’s first female astronaut does not want anyone to get confused: she is not a rock band. As such, her lawyer wrote to Roberta Bondar, a group based in Ottawa, to ask that something be done to ensure no one mistook the activities of the latter for something to do with the former. Bondar’s foundation had been receiving calls about the band, which was quickly convinced to rename itself. “We respect her position and totally understand it,” said Alex Maltby, the group’s singer and guitarist.

FILED UNDER: newsmakers Pope Francis U2