Statistics indicate the number of people intercepted in July jumped to 2,996 from 781 in June. 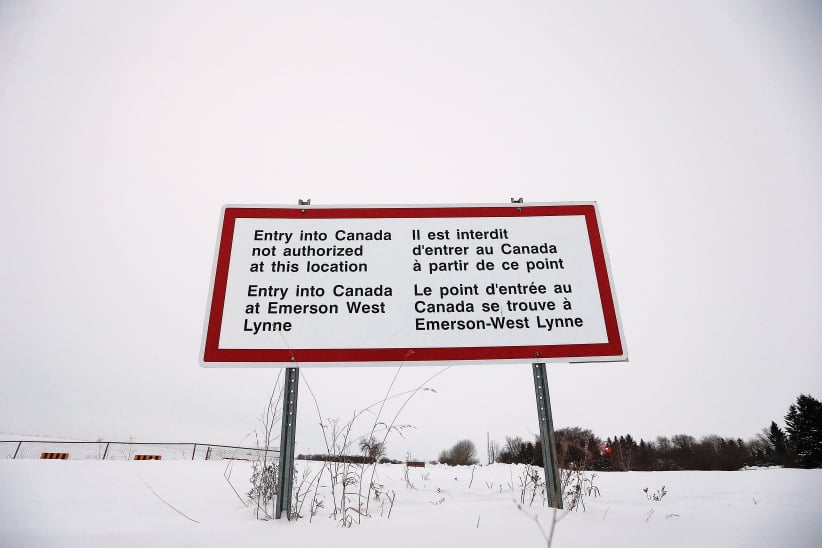 LACOLLE, Que. – The number of asylum seekers intercepted at the Quebec-New York border in July nearly quadrupled to 2,996 and shows no sign of slowing down, authorities said Thursday.

In June, the comparable number was 781, Immigration and Citizenship Canada said.

Meanwhile, the RCMP’s Claude Castonguay said the force intercepted more than 3,800 irregular entries between Aug. 1 and 15, primarily at Roxham Road in Hemmingford, Que.

“They’re unprecedented, we’ve never seen those numbers,” he told a news conference in Lacolle, a Quebec border town at the forefront of the influx of people filing into Canada from the United States.

“Even though our officers are patrolling 24 hours a day, all year long, we’ve never seen such numbers coming in.”

Castonguay said an average of between 200 and 250 people have been crossing each day, compared with about 500 at one point.

The vast majority of asylum seekers – between 80 and 85 per cent – are Haitians.

Many of those people are being lured to Canada with false information about what awaits, Immigration and Citizenship Canada spokesman Louis Dumas told the news conference in Lacolle.

He noted that about 50 per cent of Haitians who sought refugee status in Canada last year were refused.

“Coming to Canada, asking for asylum in Canada is not a guarantee for permanent residency in Canada,” Dumas said.

“If people in the States, in certain communities, would like to Canada and become permanent residents, it’s very important they do so through the regular channels.”

That said, Dumas said those asylum seekers are permitted due process and there is a robust system in place to deal with them.

He noted Canada selects about 300,000 immigrants yearly to come to Canada as permanent residents.

“We are an open and welcoming country,” Dumas said.

At a later news conference in the same area, federal Transport Minister Marc Garneau announced a 300-room temporary shelter will be set up in Cornwall, Ont., while about 20 other immigration officers will be added in Montreal to help cope with the crush.

“It’s important Canadians know that this is a situation that, yes, is out of the ordinary, but is very much under control,” Garneau said.

The minister also announced that Canadian consulates in the United States will continue to work to ensure that those who want to seek asylum in Canada know the rules in place.

“Unless you are being persecuted or are fleeing terror or war, you would not qualify as a refugee and it’s important to combat that misinformation that is out there,” he said.

“Imagine if you’re a family coming to Canada thinking you just have to come, and you are (then) told you do not qualify, it is a very difficult human drama to live.”