Nunavut is growing faster than any other province or territory

The remote northern territory boasted a 12.7 per cent increase in its population between the 2011 count and 2016 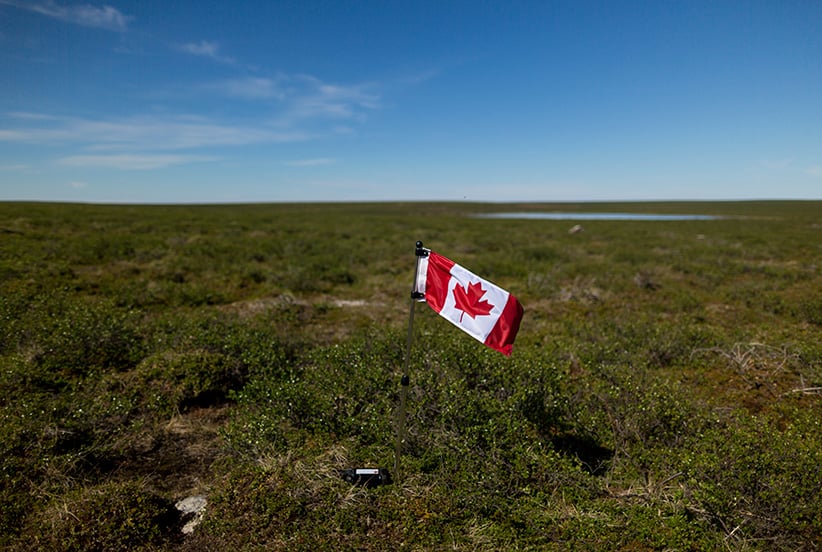 Meagan Campbell plants a flag and leaves a geocache at the exact centre of Canada in Nunavut, Canada. (Photograph by Nick Iwanyshyn)

OTTAWA — Quick: which region of Canada came out on top as the country’s fastest growing province or territory in the 2016 census?

Step right up, Nunavut: the remote northern territory boasted a 12.7 per cent increase in its population between the 2011 count and 2016, a significant improvement over the 8.3 per cent increase recorded five years ago.

And it’s all thanks to the region’s sky-high fertility rate.

Nunavut’s population of 35,944 outstripped that of Yukon by just 70 people, marking the first time since the territory was founded in 1999 that its ranks exceeded those of Canada’s northwest-most region.

Statistics Canada attributed the increase almost exclusively to a fertility rate in Nunavut of 2.9, well past the national average of 1.6. The fertility rate refers to the number of children a hypothetical woman would have over the course of her reproductive life, based on females aged 15 to 49.

Earlier census releases have suggested a higher birth rate and younger median age among Canada’s indigenous population, although the 2016 data on Aboriginal Peoples won’t be made public until late October.

However, Wednesday’s release does offer a glimpse at changes to on-reserve populations.

Across the country, the population on reserve increased at a rate of 4.4 per cent between 2011 and 2016, which was below the national average of five per cent.

Overall, the on-reserve population in Canada increased to 381,890 from 365,903, representing just over one per cent of Canada’s overall population.