Ontario to raise minimum wage to $15 per hour 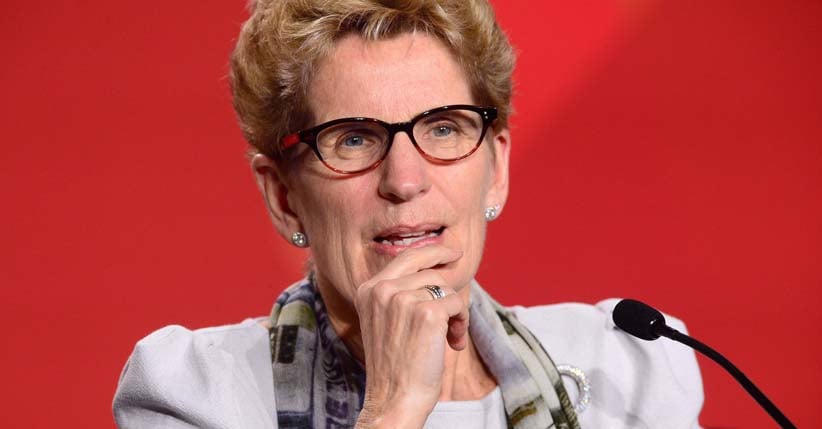 TORONTO – Ontario is raising its minimum wage to $15 an hour by 2019, ensuring equal pay for part-time workers and increasing the minimum vacation entitlement as part of a major labour overhaul.

“Change in the workplace isn’t just on the horizon, it’s here,” Wynne said. “People are working longer, jobs are less secure, benefits are harder to come by and protections are fewer and fewer. In a time of change like this, when the very nature of work is being transformed, we need to make certain that our workers are treated fairly.”

The report didn’t examine the minimum wage, which is currently indexed to inflation and had been set to rise from $11.40 to $11.60 in October, but Wynne said raising it will make a difference in millions of people’s lives.

The minimum wage will rise to $14 an hour on Jan. 1, 2018 and is set to increase to $15 the following year. About 10 per cent of Ontario workers are currently making minimum wage, but about 30 per cent are making less than $15 an hour – the majority of them women.

“It has always been a challenge to raise a family on a minimum-wage job,” Wynne said. “But in recent years, it has become almost impossible. And the reality is more and more people are having to do it.”

Lower minimum wages for students under 18 and liquor servers will also rise during the same time frame, but those exemptions to the minimum wage will not be eliminated, as the report had recommended.

Wynne also announced that part-time workers will get equal pay for doing work equal to full-time staff, and that the minimum vacation entitlement will be increased. Instead of getting two weeks of vacation, workers will be able to get three weeks of paid vacation a year after five years with a company.

The changes to workplace laws will also establish fairer rules for scheduling, including making employers pay three hours of wages if they cancel a shift with fewer than 48 hours notice.

Personal emergency leave would also be expanded. Currently it is only available to employees at companies with more than 50 people, but proposed legislation would ensure all employees in the province get 10 days per year, two of them paid.