The UN reimburses countries that provide soldiers to peacekeeping missions – to the tune of more than $1,300 a month for each soldier 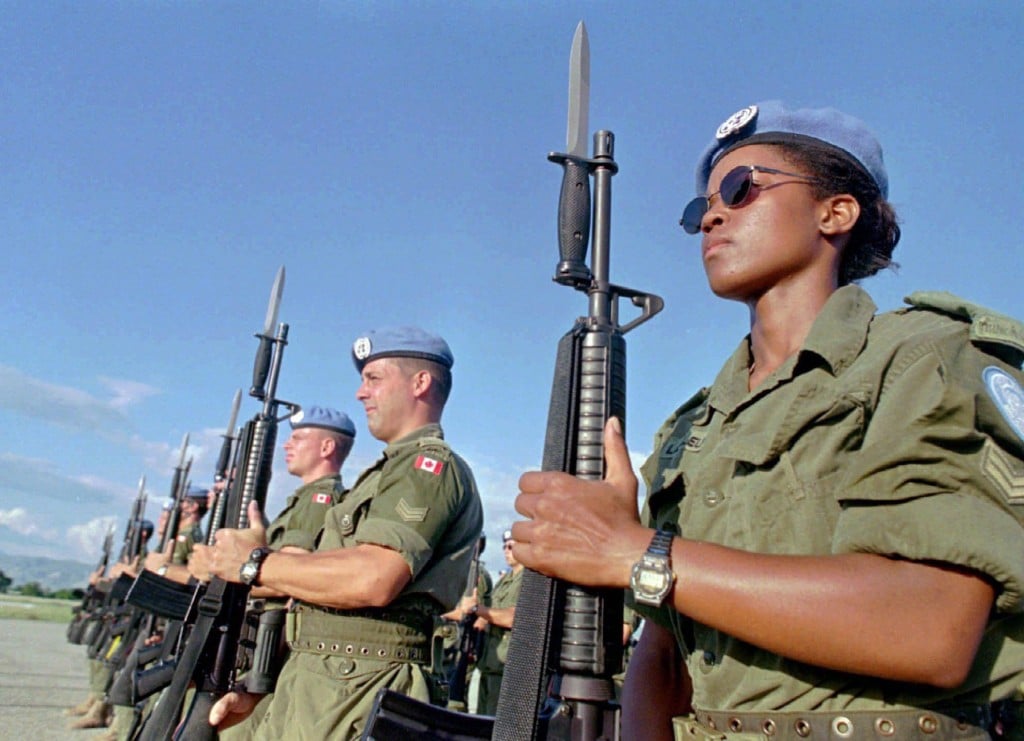 OTTAWA – One side benefit of Canada’s return to peacekeeping is that it could end up costing a lot less than leading a NATO force in Latvia or the war in Iraq.

The Liberal government announced last week that it will make up to 600 troops available for future United Nations peacekeeping operations, though it stopped short of saying where they could end up. Specialized units and equipment, such as military aircraft and medical personnel, are also on the table.

The commitment is in addition to the approximately 800 personnel participating in the U.S.-led fight against the Islamic State of Iraq and the Levant and Canada’s promise in July to send up about 450 soldiers to lead a NATO force in Latvia starting next year.

Yet unlike those two missions, in which Canada is required to foot the entire bill, the UN reimburses countries that provide soldiers to peacekeeping missions, to the tune of more than $1,300 a month for each soldier. It will also often reimburse countries for the deployment of high-tech equipment.

Such reimbursements money wouldn’t entirely offset the costs of a Canadian peacekeeping mission, said Walter Dorn, an expert on peacekeeping at the Royal Military College of Canada, “but it can be a lot of money that the UN pays out.”

That would certainly ease the pressure on the military, which has been contending with tight budgets for years. Defence spending hit record lows last year, falling to less than 0.98 per cent of gross domestic product even as the number of Canadian military operations abroad has ratcheted up.

While Dorn said he doesn’t believe the reimbursements were a major factor in the Liberal government’s decision to re-engage with peacekeeping, “it’s a bonus.”

But retired major-general Lewis MacKenzie, who led a UN force in Sarajevo in 1992, says his fear is the government could end up using peacekeeping to justify spending less and less on the military.

“You could stand there on your political platform and explain why you’re giving the military less money because we’re going to make sure they’re committed to UN operations where they won’t need the full suite of military equipment,” he said. “A blue beret and a pistol, to exaggerate.”

MacKenzie’s concerns are rooted in memories of the 1990s, when the Chretien government deployed thousands of Canadian soldiers on UN missions around the world even as it made deep cuts to defence. Former defence chief Rick Hillier would later describe the period as a “decade of darkness” for the military.

Dorn acknowledged the concerns, saying that at the time “a lot of the soldiers complained that peacekeeping was a way for the government to spend less on defence. They weren’t getting the kind of equipment they wanted. More warfighting, heavier equipment.”

But Dorn said in his research, he has seen no evidence of what he called the “myth” of peacekeeping being used to justify spending less on the military.

The Trudeau government is currently conducting a defence policy review to determine the future missions and needs of the military. That includes what equipment the Canadian Armed Forces require.

The new policy is expected to be unveiled early next year, in time for the federal budget. While the government has said it will maintain operational funding levels for the military, it has not said whether it will make more money available for new equipment.