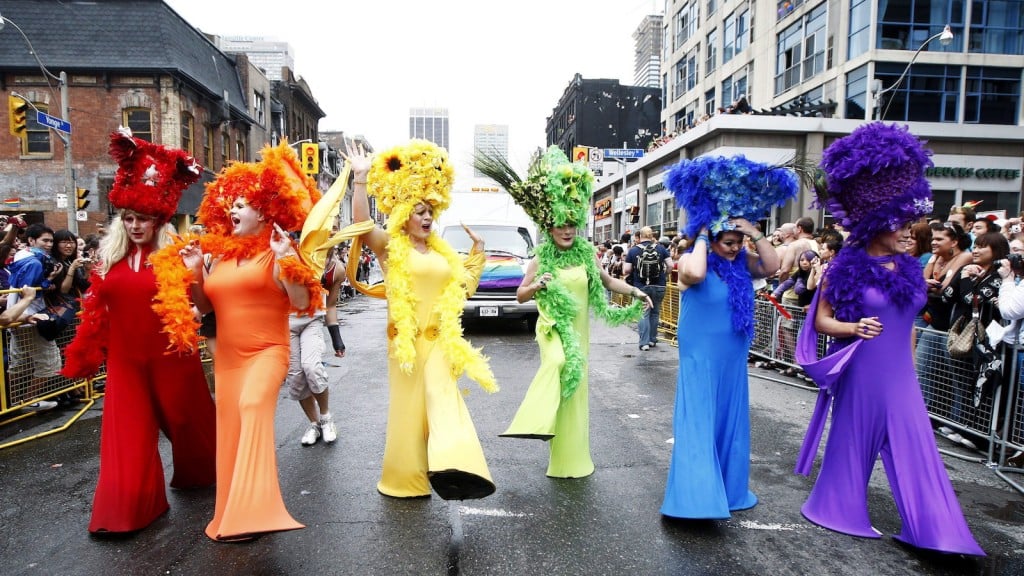 VANCOUVER — A campaign to exclude uniformed police from Vancouver’s Pride Parade is experiencing pushback from a group that says not allowing officers to take part risks undermining the positive relationship between the LGBTQ community and law enforcement.

Sandy Leo, a longtime transgender activist in the city, said more than 2,600 people have signed a counter-petition opposing demands from a local chapter of Black Lives Matter that the Vancouver police be banned from this year’s parade.

“How do you make progress if you don’t involve others? How do the oppressor and oppressee work together if they’re not involved together, if we don’t have those open discussions?” Leo asked Monday.

Black Lives Matter Vancouver asked police last summer to remove their float from the parade as a “show of solidarity and understanding,” to acknowledge the presence of uniformed officers makes some participants feel unsafe.

The request from the activist group came shortly after its Toronto counterpart brought that city’s parade to a standstill until organizers agreed to a list of demands, including barring police floats from future marches.

The Vancouver chapter launched an online petition three weeks ago asking that the Vancouver Pride Society, which runs the event, prohibit uniformed police officers from marching. By Monday, it had collected 875 signatures.

Black Lives Matter Vancouver did not immediately respond to a request for comment, but in an open letter published last July it said allowing police to participate is “insulting” to protesters who made Pride celebrations possible.

“We acknowledge that in certain contexts police presence to perform a job of civil service may deter acts of homophobia and violence, especially at designated queer events such as Pride,” the letter said.

“However, we cannot divorce the policing institution from its historical and continued violence against indigenous and (minority) communities, racial profiling or inaction around our missing indigenous women.”

Leo said while the grievances of Black Lives Matter are real and warrant discussion, the Pride Parade isn’t the appropriate venue because it has evolved from a protest march to a celebration of diversity and inclusion.

The Vancouver Pride Parade regularly attracts more than 100 floats and crowds in excess of 500,000. This year’s event will take place in early August. Police have marched in Vancouver’s parade since 2002.

Kieran Burgess, executive director of operations with the Vancouver Pride Society, said in an email that the group’s board would take the counter-petition into consideration and was looking into allowing the organizers to speak at the society’s board meeting in March.

In the early 1990s, Leo was involved in a liaison committee aimed at improving relations between the transgender community and Vancouver police.

The self-described transgender Métis activist describes Vancouver police as one of the most progressive law enforcement agencies in Canada and commended the administration for its willingness to sit down with community groups to work on policy.

“But I still want to work with the police to affect changes.”