Flight 623 from Halifax was carrying 118 people—no injuries have been reported. 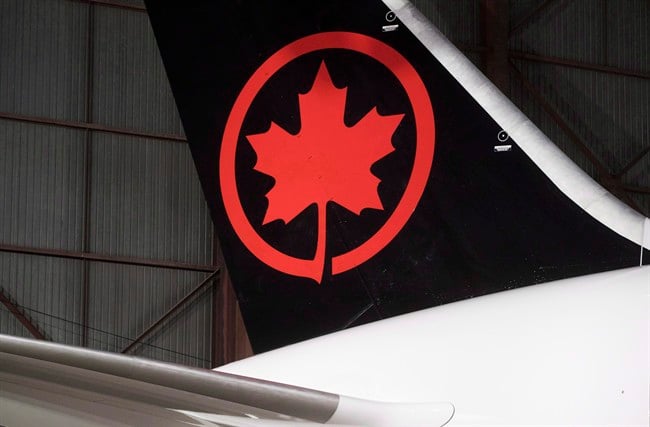 The tail of the newly revealed Air Canada Boeing 787-8 Dreamliner aircraft is seen at a hangar at the Toronto Pearson International Airport in Mississauga, Ont., Thursday, February 9, 2017. The Transportation Safety Board is investigating an incident involving an Air Canada flight from Halifax that landed at Toronto Pearson International Airport on Friday night.A safety board spokeswoman says Flight 623 was carrying 118 people and so far no injuries have been reported. THE CANADIAN PRESS/Mark Blinch

TORONTO – The Transportation Safety Board is investigating after an Air Canada plane briefly left the runway while landing at Toronto Pearson Airport.

TSB spokeswoman Julie Leroux says Flight 623 from Halifax was carrying 118 people and so far no injuries have been reported.

She says the Airbus A320 will be moved to a hangar at the airport to be examined.

Leroux adds that the investigators will ask for the flight data recorder — also known as a black box — as well as examine weather conditions, and conduct interviews with passengers and Air Canada.

Arthur says the airline is connecting passengers with hotel accommodations and limousines for those wishing to head home. She says luggage will be delivered once maintenance and the authorities “have finished reviewing events.”

“We apologize for the inconvenience and will be in touch with our customers to follow up on the event and ensure they are all well taken care of,” she says.

Paul Varian of Burlington, Ont., says he was one of the 112 passengers aboard the flight when the plane lurched left off the runway and came to a “very sudden stop.”

Varian says passengers were thrown forward in their seats and a few oxygen masks dropped. He noticed brown and black debris on his window, which he says may have come from a blown-out tire beneath him.

“We could see that clearly there was a lot of mud on the underbelly and the left-hand side of the plane,” he says. “The tires were completely blown out on the left-hand wheel … but the plane didn’t appear significantly damaged beyond that.”

Varian says emergency responders were on the scene within minutes and it took about an hour and a half for passengers to be shuttled to a nearby terminal.