Some image experts believe the 48-year-old Ghomeshi could possibly become a media star again – if he's acquitted of all charges. 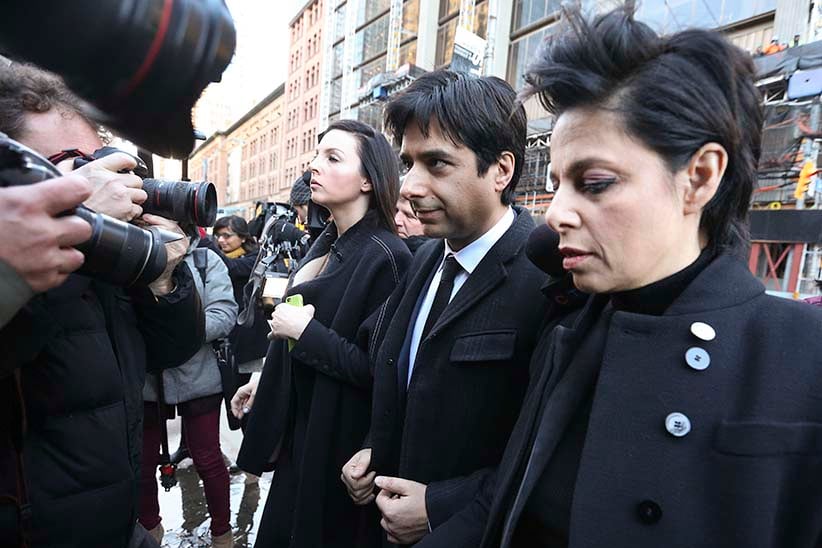 After decades spent ascending to CBC Radio’s top echelon he crashed with a sudden dismissal, while his image as an erudite man-about-town and social progressive was instantly blighted by stunning criminal charges involving several complainants.

A judge is poised to release a verdict on the bulk of those charges Thursday, a ruling that will likely determine whether Ghomeshi has a chance at ever working in the public eye again.

Some image experts believe the 48-year-old Ghomeshi could possibly become a media star again – if he’s acquitted of all charges.

“There are things he can do, absolutely, but we’re talking about a reputation that’s been slaughtered,” says Eric Schiffer, of the California-based firm Reputation Management Consultants.

“There’s always a way, if you’re innocent, to rebuild yourself,” insists the crisis management expert, who says his company has represented some of the biggest names in the world, including “some of the wealthiest men in Canada.”

“He’s been decimated but there are tremendous opportunities. If he is innocent and found innocent, I think you can certainly do a magnificent job in telling this story from a different perspective.”

Regardless of what a judge says, the court of public opinion will be the true arbiter, says public relations expert Martin Waxman. The flood of news reports recounting allegations against Ghomeshi have had a damaging impact, he added.

“Just do a search of his name and you look on page one, page two, page three, page four, page five, page six … there’s so much stuff about the trial,” says the Toronto-based Waxman.

“With little other things peppered in, but absolutely no ‘good news’ stories. Even his Wikipedia entry, paragraph two talks about the scandal. He has a long way to go to repair his reputation and his image, if he can even do that.”

Thursday’s verdict concerns four charges of sexual assault and one charge of overcoming resistance by choking. Ghomeshi has pleaded not guilty to all of them.

If convicted of sexual assault, the former “Q” host faces a maximum sentence of 18 months behind bars. The choking charge carries a potential life sentence.

If acquitted, the first thing Ghomeshi should do is start showing “a little bit of humility,” says Waxman.

“Ghomeshi needs to demonstrate that he’s a human being, he’s sympathetic, that he understands that maybe there are two sides to every story and maybe the women who charged him, they have their side too,” says Waxman, who conducts digital media training through Martin Waxman Communications.

“Some kind of an apology would go a long way. If you think about our former mayor (Rob Ford) … he always fell back on apologizing. Sometimes his apologies may not have seemed that sincere but his audience, Ford Nation, sure bought them. He was able to kind of draw the story away from the current scandal.”

“If I was him, I’d be looking at the day, or the minute, the court result comes in,” says Middleton.

But he would have to re-enter the public sphere gradually.

“You can’t put his face on a program right off the bat,” says Middleton.

“It’s too soon, too dramatic. But if people gradually get used to him, it allows them to say, ‘Well, he was acquitted. There was nothing there.’ And get used to him in the new role.”

There’s still the matter of another count of sexual assault involving a fourth complainant. That matter will be tried separately in June.

Until all charges are dealt with, Waxman guesses Ghomeshi’s lawyers have advised him to maintain a low profile, regardless of Thursday’s outcome.

As for employment options, Ghomeshi’s chances of returning to a major national broadcaster are slim, says Schiffer.

“Anyone that would be hiring him for the first year is doomed.”

He suggests Ghomeshi mount a podcast, which he could produce and distribute himself.

“And strangely enough, I think his fan base, if leveraged right, can grow much bigger than it ever was before,” says Schiffer.

Public relations expert Marjorie Wallens adds that Ghomeshi will have to spend a fair bit of time defending his reputation.

“A lot of people write a book, and go on the talk shows and whatever,” says Wallens, of the Toronto-based MJW Communications.

“And he will be invited to talk about it. He is a Canadian personality – if he is acquitted he likely will be asked to comment. And then, right then and there, he would start to build his key messages.”

Schiffer and Waxman say Ghomeshi’s best bet might be to leave the country entirely and attempt a fresh start in the United States, or even Europe.

But Middleton believes a big move could actually be more difficult.

“The notoriety would work more against him internationally than here, not because there’ll be deep understanding of it but he had no credibility going in,” he says.

“When they do the checking and this pops up, why would you hire a relatively unknown (broadcaster) with that background?”