The disclosure of government officials' personal information broke the law, according to the provincial privacy commissioner 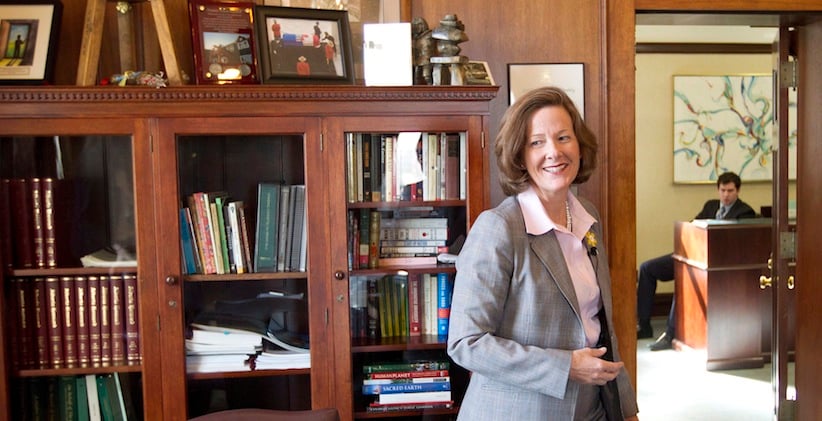 In August 2014, the cellphone bill of then deputy premier Thomas Lukaszuk, as well as three other government officials, was leaked to the Edmonton Sun.

It showed Lukaszuk rang up more than $20,000 in international data roaming charges while on a personal trip to Poland and Israel in October 2012.

At the time, Lukaszuk was vying to become leader of the Progressive Conservative party.

Privacy commissioner Jill Clayton says the documents were disclosed in an uncontrolled manner and contravened the Freedom of Information and Privacy Act.

Clayton says determining who in Redford’s executive council leaked the information was outside the scope of her investigation.

“While it is arguable that the release of information about cellphone charges may have been in the public interest, it was leaked in an uncontrolled manner—nobody’s privacy interests were considered,” Clayton said in a news release Wednesday.

“Government needs to carefully consider its security arrangements for paper records and electronic systems to reduce the risk of another leak of what could possibly be more sensitive information.”

Lukaszuk said he feels vindicated and at least it’s known where the leak came from.

“This speaks to the fact what will happen if you stand up to the premier’s office, and how they will try to use any information they can against you at the most inopportune time knowing that I couldn’t speak to any of it and I still can’t because documents are court-sealed,” Lukaszuk told Edmonton radio station CHED.

At the time the bill was leaked, Lukaszuk said a cabinet minister called him in distress. He said the minister told him violence was involved and police were on the way, so he stayed on the line with the person until officers came.

He said after documents were transmitted and a video conference was held, it was determined it was a personal matter involving the cabinet minister’s sibling, and not work-related.

Lukaszuk said once the charges were discovered, his staff and executive council staff fought unsuccessfully with the service provider to have them reduced.

He apologized for the phone charges, saying it was “an urgent government legal matter” that required his attention.