Russia was suspended due to evidence of state-sponsored doping 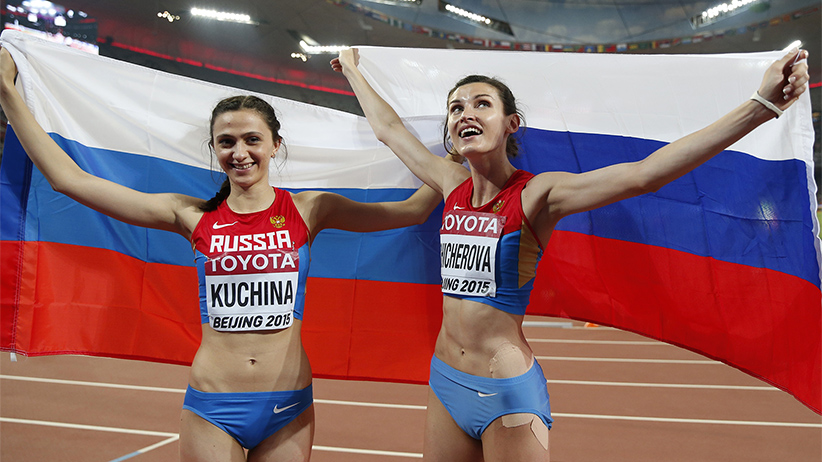 MOSCOW – Russian President Vladimir Putin attacked the ban on his country from the Rio de Janeiro Paralympics as immoral and inhumane on Thursday, while six Russian athletes launched a bid to compete at next month’s games as individuals.

Russia was suspended on Aug. 7 over what International Paralympic Committee president Philip Craven called a “medals over morals” culture with evidence of state-sponsored doping. The ban was confirmed Tuesday when the Court of Arbitration of Sport rejected a Russian appeal.

“The decision to disqualify our Paralympians is outside the bounds of law, morality and humanity,” Putin said at an award ceremony for Olympic athletes at the Kremlin. He called the ruling against Russia “cynical” and claimed that “it even humiliates those who take such decisions.”

Foreign ministry spokeswoman Maria Zakharova added to the criticism, calling the ban “collective responsibility for an unproven crime.” While Russia has accepted there were some shortcomings in its anti-doping system, it insists drug use was not systemic or supported by the government.

The Paralympics start Sept. 7. On Thursday, six Russian athletes, including three gold medallists , wrote to IPC president Craven asking for a route into the games as individuals.

“I strongly believe that real perpetrators of the dirty system must be punished and banned from sport. I do not want to lose to cheaters and I don’t want to compete with cheaters, even Russians,” says the letter, which was provided to The Associated Press by Andrei Mitkov, an agent representing the six. “However even more strongly I believe that innocent people should not suffer for actions of cheaters that tried to deceive clean athletes of the world.”

The athletes, who say they have been repeatedly tested outside Russia and found to be clean, asked for the IPC to provide criteria which could allow some Russians to compete if they can show they are clean. The approach is similar to the criteria that allowed U.S.-based Russian long jumper Darya Klishina to compete at the Rio Olympics when the rest of the Russian team was banned.

“I would be very grateful if you review my individual request for entry to the Paralympic Games in such exceptional circumstances or, alternatively, describe me conditions upon which my participation in Rio Games would be possible,” the letter states. In the event of a refusal, the athletes say they may request a ruling from the Court of Arbitration for Sport.

On Thursday, Putin said special competitions will be organized in Russia for banned Paralympic athletes with winners getting the same prizes they would have had from success in Rio. Russia awards cash prizes to Olympic and Paralympic medallists and gave out dozens of BMW luxury cars to its Olympic medallists Thursday.

Putin also attacked what he said was political manipulation of sport directed against Russia, whose team was reduced to a single athlete in track and field and banned entirely from weightlifting at the Olympics. That came after World Anti-Doping Agency investigations detailed widespread doping and evidence that senior sports ministry officials allegedly covered up hundreds of doping cases.

“You came through a tough test with honour,” Putin told a room full of Olympic gold medallists . “We know how difficult it was for our athletes in Rio. Ahead of the competition, the team was cut by almost a third, and was deprived of the chance to show what it can do in sports where Russia is traditionally considered one of the favourites. But our team, you, my friends, coped with all the difficulties, competed as a united team.”

Russia was fourth in the medal count with 56 medals, 19 of them gold.

Earlier, Sports Minister Vitaly Mutko appeared to cast doubt on the achievements of second-placed Britain, suggesting it had won medals in Rio thanks to its lobbying power.

“Look at the comparative growth in results of some countries, such as Britain. I don’t want to accuse them of anything,” he said in comments reported by the state R-Sport agency. “And look at the leadership of all the sports institutions. There are only British and Canadians there.”

Britain won 67 medals in Rio, with 27 golds, in its best performance for more than a century.