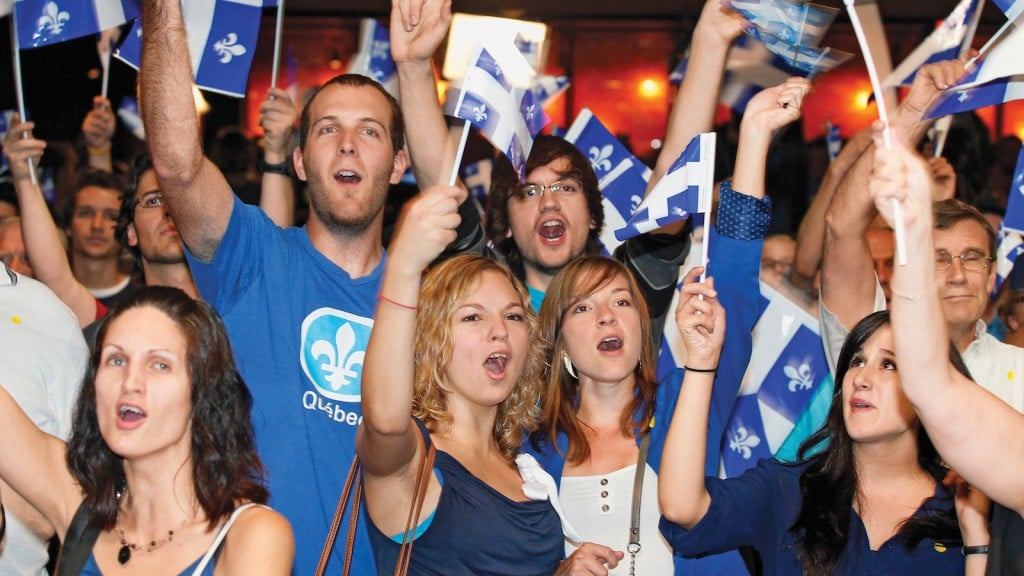 QUEBEC – Canada’s Constitution has become a taboo topic among members of the political class in recent years – but it appears that’s about to change.

The Canadian Press has learned the Quebec government plans to reopen the constitutional debate and will launch a vast coast-to-coast discussion in the coming months in the hopes of having the province’s distinct character officially recognized.

While there is no timeline for the campaign, Philippe Couillard’s government hopes to create favourable conditions that could lead to the eventual reopening of constitutional negotiations and to Quebec finally approving the 1982 Constitution.

To avoid the division and outright hostility that has characterized previous constitutional debates, Quebec’s approach will be essentially a pedagogical one, focused on dialogue, persuasion and understanding.

Couillard has spent several years developing his thinking on the subject and drafting a 200-page founding document entitled “Quebecers: Our Way of Being Canadians,” which lays out the government’s position on Quebec’s place within Canada.

The Canadian Press has obtained a copy of the document, which is expected to be made public in the coming days.

When he became leader of the Quebec Liberals in 2013, Couillard – a staunch federalist – promised to reopen constitutional “discussions” with Canada in order to help the province “reintegrate into the Canadian family.”

That goal appears to have been largely pushed aside – until now.

Above all, Quebec hopes to break the taboo that has surrounded discussion of the Constitution since the 1995 sovereignty referendum, according to the document, which notes “Quebec and Canada seem ready for a paradigm shift” on this subject.

According to the document, which is being released in honour of Canada’s 150th birthday, any successful talks must include Canada’s official recognition of Quebec nationhood.

It restates the famous “five conditions” for approval first set out by former Quebec premier Robert Bourassa in 1986: recognition of Quebec as a distinct society, limits on federal spending power, guaranteed Quebec representation on the Supreme Court, a constitutional veto right and increased control over immigration.

“While the political and constitutional context has changed since (the conditions were written), they remain a concrete illustration of the constitutional guarantees which must flow from an adequate recognition of the Quebec nation,” Couillard says, some 30 years later.

But while the demands may be similar to those of previous governments, the approach is expected to be radically different.

The current government hopes to avoid the power struggles that characterized previous decades of Quebec-Ottawa relations by rediscovering the spirit of openness that prevailed between the two founding groups at Confederation, according to the document.

“We must work to re-establish what Quebecers have always wanted since 1867: a Canada that accepts them for who they are,” reads one passage from the text, which was prepared by several people under the supervision of Jean-Marc Fournier, the minister responsible for Canadian relations.

The coming discussions could also include the demands of First Nations as well as other topics.

The government will promote asymmetrical federalism as well as “interculturalism,” Quebec’s alternative to multiculturalism which proposes celebrating diversity while maintaining a distinct francophone culture.

While the dialogue could eventually lead to a new round of constitutional negotiation, that is viewed as an end goal rather than a point of departure.

“The Quebec government is still determined that its demands may be eventually discussed and that we arrive at a win-win constitutional solution for all federal partners,” reads the document.

To reach its aims, the Couillard government plans to build a “sustained presence” in the rest of Canada by participating in discussions with political groups, universities, business and social groups and by increasing its presence in both traditional and social media.

As a sign of the coming changes, the government is expected to make some structural changes and create Quebec-Canada units in some departments to ensure they participate in as many activities as possible in the rest of Canada.