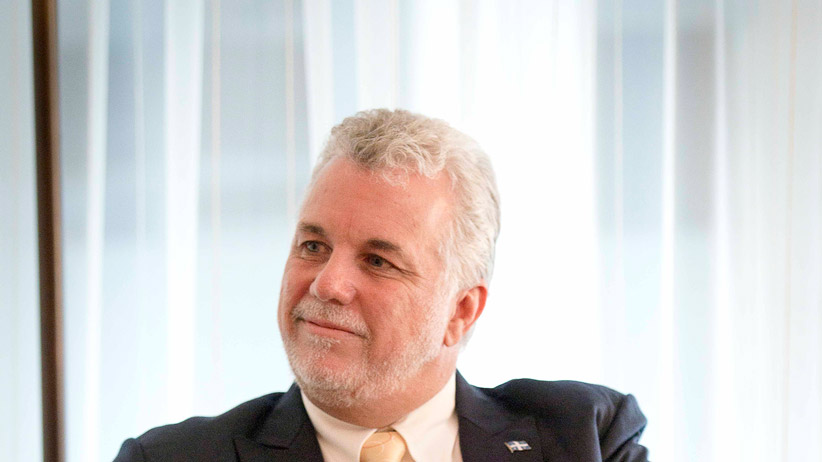 Finance Minister Carlos Leitao’s penultimate budget before next year’s provincial election makes the elimination of a health tax retroactive to 2016 for Quebecers earning less than $134,000 a year.

In tabling the 2017-18 budget, Leitao called it prudent and said it reflects “a determination on our part to get it done.”

Recent budgets in other provinces as well as the federal budget are projecting deficits in the billions, but Leitao boasted that Quebec “has its house in order.”

Given Quebec’s overall indebtedness and infrastructure spending needs, he said the province had no choice but to balance the budget.

“Our economic plan is well-balanced, predictable, sustainable, prudent and it works,” he said. “We did what we said we were going to do.”

Health and education, the two departments that suffered most of the painful cuts as the government previously balanced its books, will receive billions in investment over the next several years.

Leitao said schools will get an additional $3.4 billion over five years, while the health sector, which accounts for almost 43 per cent of government spending, will also receive more money.

While mild in its criticism of Ottawa when compared with the rhetoric in budgets of previous Parti Quebecois governments, Leitao did call on the federal government to do more to help out with health funding.

”Despite the significant gains that were made, the federal government’s contribution remains insufficient,” he said.

”Ottawa must consider the pressures exerted by rising health expenditures. We are experiencing these pressures directly more than ever before and our government intends to continue making its requests to the federal government.”

Leitao said Quebec will end the 2017-18 fiscal year with a $2.5-billion surplus, which will go entirely toward paying down an overall provincial debt that is projected to be $211 billion.

Quebecers will benefit from a rare reduction in personal income tax for the 2017 tax year. That will save each Quebecer $55.

Quebec is also making the elimination of the health tax retroactive to 2016, one year earlier than scheduled.

Transfers from the federal government will be $22 billion in 2017-18 on total provincial revenue of $106.3 billion.

PQ finance critic Nicolas Marceau criticized the budget and said the Liberals shouldn’t have made the previous cuts to begin with.

“This stop-and-go approach was wrong,” he said. “And they are trying to repair it now but it’s only partial to the damage that was caused.”

Francois Legault, leader of the Coalition for Quebec’s Future, said his party has calculated the Liberals ”have taken roughly $1,300 from Quebec families per year” since returning to power in 2014.

“This budget is a failure for the pocketbook of Quebec families and lacks ambition,” he said. “They cut in the budget early in the mandate and then give it back as we near the election. That’s not how to do it.”