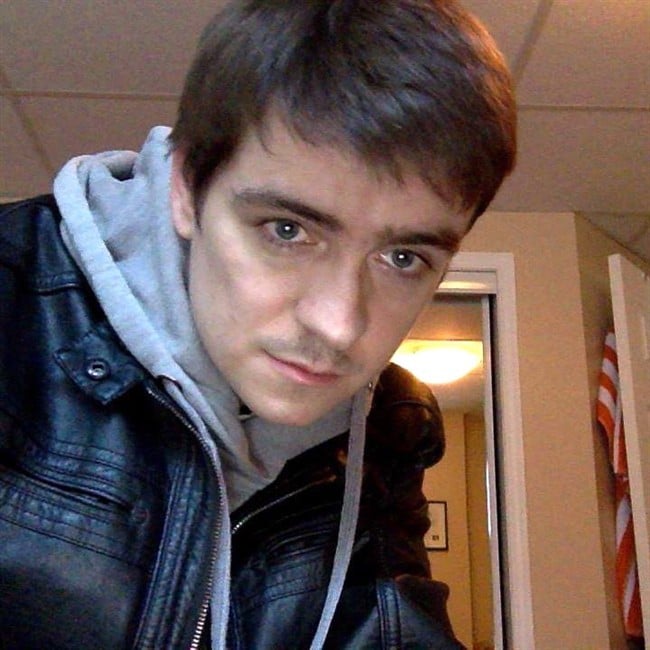 Alexandre Bissonnette is shown in a photo from his Facebook profile page. Neighbours on a sleepy suburban street where the man charged in the Quebec City mosque shooting was raised say as a kid he played baseball, swam in backyard pools and explored the nearby forest like many local boys.THE CANADIAN PRESS/HO-Facebook

QUEBEC – Along the sleepy suburban street where the man charged in the Quebec City mosque shooting was raised, neighbours say as a kid he played baseball, swam in backyard pools and explored the nearby forest like many local boys.

Alexandre Bissonnette also developed a passion for guns as far back as his pre-teens, recalled one man who has lived across from the 27-year-old suspect’s childhood home for about three decades.

Rejean Bussieres, whose son is about the same age, remembered how the Bissonnette boy used to shoot his pellet gun at trees in the woods behind his house as a youngster.

“Alexandre really liked guns,” said Bussieres, who added that his son told him Bissonnette had a gun when he was about 12 years old.

“He showed one to my son and my son didn’t like that.”

Bissonnette was arrested Sunday night following a massacre that left six dead and 19 wounded. On Monday, he was slapped with six charges of first-degree murder and five counts of attempted murder using a restricted firearm.

Police say a gunman stormed a mosque in Quebec City’s Ste-Foy district and opened fire on men who were attending prayer. Authorities have refused to specify what type of firearm was used in the mass shooting.

Bissonnette briefly appeared in court on Monday and his next scheduled appearance is Feb. 21. None of the allegations against him has been proven in court.

Prime Minister Justin Trudeau has denounced the attack as a terrorist act.

While the story made headlines around the globe and prompted numerous vigils on different continents, Bissonnette’s childhood home, where his parents still live, was quiet Tuesday.

A car was parked in front of the tidy, two-storey house in the community of Cap-Rouge and the snow had been carefully cleared away from the driveway, front walk and back patio. No one answered in the door and it was unclear if anyone was home.

A small bouquet of red flowers had been left by the side entrance to the house with an envelope addressed to Mr. and Mrs. Bissonnette.

On Monday, people in the neighbourhood were surprised to see police searching the Bissonnette home.

Bussieres said Bissonnette and his twin brother would swim in his pool in the summer. The boy mostly kept to himself and Bussieres’ son told him he was bullied in high school.

“He was solitary,” Bussieres said of Bissonnette.

Another neighbour, whose son is also about the same age as Bissonnette, described him as a quiet yet pleasant young man, who was a little more low-key than his brother.

Nicole, who would only provide her first name, said his parents are very kind people.

She used to help out with coaching their baseball team when her son and the Bissonnette brothers were small. She added that she knew nothing about his interest in firearms.

“He was a super quiet little guy,” Nicole said of Alexandre Bissonnette, whom she saw from a distance about a week ago while she was talking to his father on the street.

“I spent the whole day yesterday on the verge of crying. I said how could this be. Everyone is saying a killer, a terrorist.

Bissonnette moved into a top-floor apartment with his brother last summer about a 15-minute drive away from their folks’ place.

At the four-level building Tuesday, a downstairs neighbour said he often saw the brothers coming and going together in their car while he was outside on his balcony having a smoke.

Brandon Desveaux said it was difficult to tell the brothers apart and he noted they both dressed like they were about 19 years old.

“He seemed weird,” said Desveaux, who admitted it was a superficial assessment since he had never really spoken to Bissonnette.

“It wasn’t that he was weird in a dangerous sense, but I feel he had a funny look to him.”

Other renters in the building said they often heard piano music in the fourth-floor corridor coming from Bissonnette’s unit. Nicole, the parents’ neighbour, said Bissonnette’s mother told her last summer that Alexandre had developed into an excellent pianist.

Until his arrest, Bissonnette had been working in the call centre for Hema-Quebec, which manages the blood supply in the province. Hema-Quebec spokesman Laurent-Paul Menard said Tuesday that Bissonnette’s job was to set up and confirm appointments with regular blood donors.

Bissonnette also belonged to chess clubs and had been an army cadet in the Quebec City area between 2002 and 2004.

He also studied at Laval University in political science, a subject he was keenly interested in.

Eric Debroise, the co-founder of a Quebec City club that discusses news and politics over beers and fries, said Bissonnette participated in a couple of meetings in recent months.

Debroise admits he didn’t know Bissonnette well, but he said it was clear from their chats that he was very sympathetic to the extreme right.

He added that Bissonnette talked to him about his passion for hunting big animals like moose and bear.

When he heard that Bissonnette was arrested in connection with the shooting, he was stunned.

“I confess that I was afraid — I was very afraid,” Debroise said.

The Facebook profile in Bissonnette’s name suggests that he’s someone with an interest in politics.

With files from Alexandre Robillard