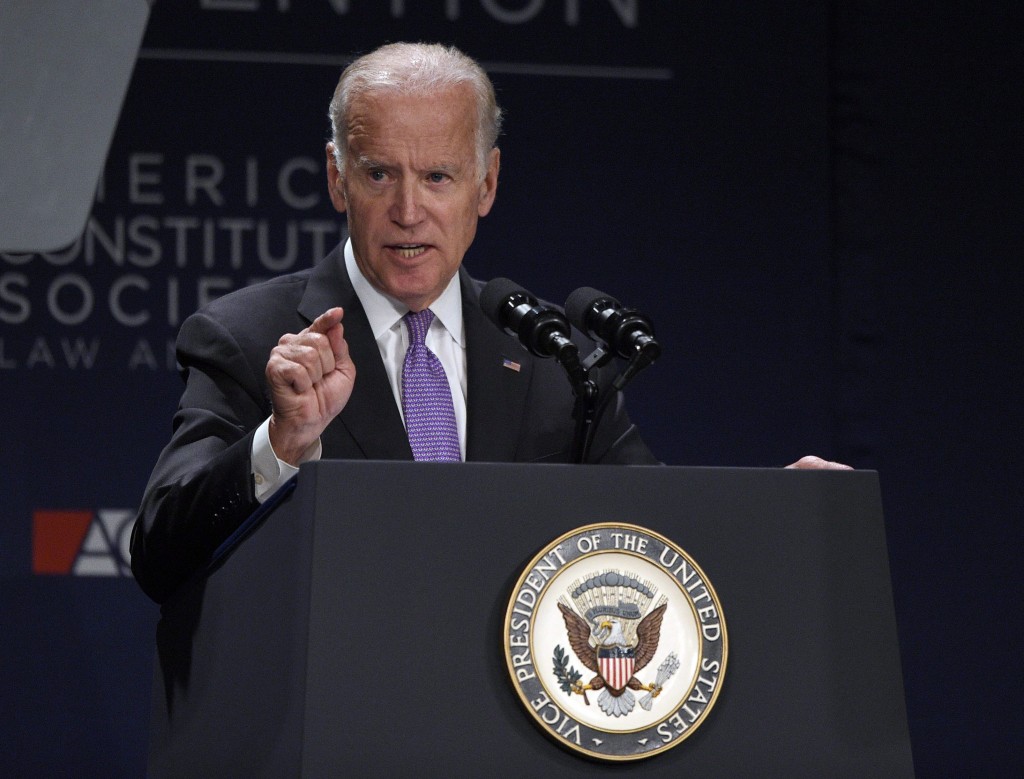 WASHINGTON – Warning of a potential surge in anti-Americanism, Vice-President Joe Biden tore into Donald Trump’s views on foreign policy on Monday, urging the country not to follow the presumptive Republican nominee down a path of isolationism and bigotry.

Though Biden framed his speech to the Center for New American Security speech as advice for the next president, his remarks amounted to a point-by-point rebuttal of Trump on immigration, terrorism and relations with Russia. Biden cautioned against policies, embraced by Trump, that the vice-president said would make the U.S. and its neighbourhood poorer, less democratic and less secure.

“Wielding the politics of fear and intolerance, like proposals to ban Muslims from entering the United States or slandering entire religious communities as complicit in terrorism, calls into question America’s status as the greatest democracy in the history of the world,” Biden said.

Biden’s speech to the Washington think-tank marked his most concerted and lengthy rebuke to date of Trump, and comes as Biden and President Barack Obama are increasingly inserting themselves into the election in an attempt to stop Trump. Earlier this month both Biden and Obama endorsed Hillary Clinton, and both Democrats are expected to start campaigning aggressively for her in the coming days.

Although Biden didn’t mention Trump by name, his intended target was clear. On Sunday, Trump went beyond his previous calls for temporarily banning Muslim immigration by suggesting the U.S. should consider profiling Muslims already in the U.S. The Republican has also called for reinstating waterboarding and other harsh interrogation methods to try to prevent terrorist attacks.

Biden said that “some of the rhetoric I’m hearing sounds designed to radicalize all 1.4 billion” Muslims around the world.

“Adopting the tactics of our enemies – using torture, threatening to kill innocent family members, indiscriminately bombing civilian populations _ not only violates our values, it’s deeply, deeply damaging to our security,” Biden said. He echoed Obama’s argument that demonizing the world’s Muslims would actually help the Islamic State group by playing “into the very narrative of extremists.”

“Why in God’s name are we giving them what they want?” Biden added.

Biden, who considered running for president before bowing out last year, said the country was at an “inflection point” in which hard-fought gains of the past several years risk being squandered. He dismissed those who “seek sound bite solutions in a world defined by complexity,” in another clear swipe at Trump.

“If we build walls and disrespect our closest neighbours, we will quickly see all this progress disappear, replaced by a return of anti-Americanism and a corrosive rift throughout our hemisphere,” Biden said.

Biden continued the line of attack in an interview on “CBS Evening News,” saying, “If we make religion the enemy, where the hell do you think we’re going to get the co-operation?”

The vice-president also sought to undercut Trump’s argument that if elected, the U.S. would enjoy a more constructive and friendly relationship with Russia, following a dysfunctional relationship under Obama. Russian President Vladimir Putin, who has praised Trump’s intelligence in the past, more recently dodged questions about whether he prefers Trump or Clinton and pledged to work with whoever wins.

“Embracing Putin at a time of renewed Russian aggression, I believe, could call into question America’s longstanding commitment to a Europe whole, free and at peace,” Biden said. “But neither is it time to dust off the Cold War playbook.”

Though the U.S. cut off formal military ties with Russia in 2014 to protest its actions in Ukraine, the two militaries have sought to maintain lines of communication to avoid an inadvertent confrontation in Syria, where both militaries are fighting the Islamic State group but backing opposing sides in Syria’s civil war. Biden said that as new military technologies raise the risk of a mistake or escalation, the U.S. needs to find “new channels with Moscow to clearly communicate our intentions.”