The TSB will release a report on the 2015 sinking of the Leviathan II off the coast of B.C. Watch the conference live.

Canada’s Transportation Safety Board will present its report today on the sinking of the Leviathan II, a whale-watching boat, off the coast of British Columbia in 2015. You can watch the press conference live below, starting at 10am PT.

The boat was carrying 27 passengers when it went down, including three crew members. Six people died.

Maclean’s spoke to survivors, rescuers, and experts in the months following the tragedy. That story, an account of what happened that day from the people who were there, can be read here. 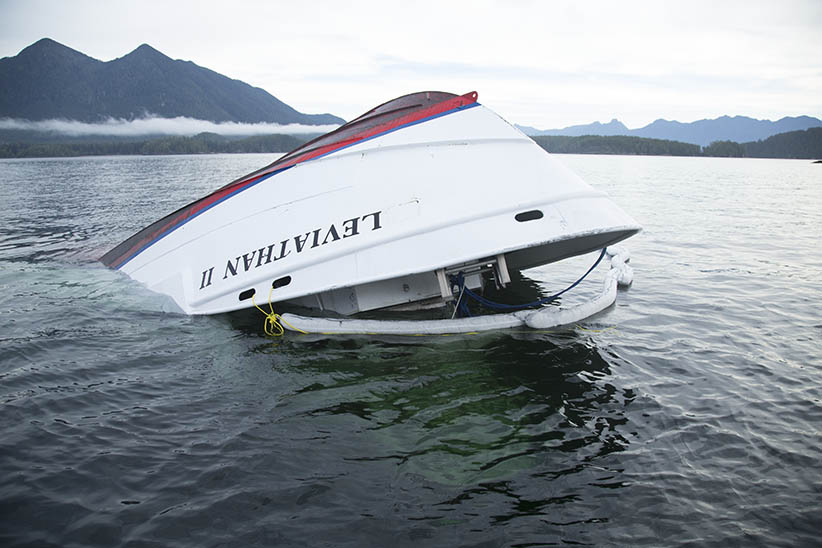 The bow of the Leviathan II, a whale-watching boat owned by Jamie’s Whaling Station carrying 24 passengers and three crew members that capsized on Sunday, is seen near Vargas Island Tuesday, October 27, 2015 as it waits to be towed into Tofino, B.C., for inspection. (Photograph by Adam Chilton)

Tom Hawkins, a lawyer who represents some of the survivors and family members of the deceased, says his clients are looking forward to getting some answers.

Jamie’s Whaling Station, the vessel’s owner, did not immediately respond to a request for comment.

Court documents filed last year in response to a civil claim describe the event as an “act of God” that could not have been reasonably predicted.

An RCMP investigation remains open pending the release of the safety board’s report.

With files from the Canadian Press