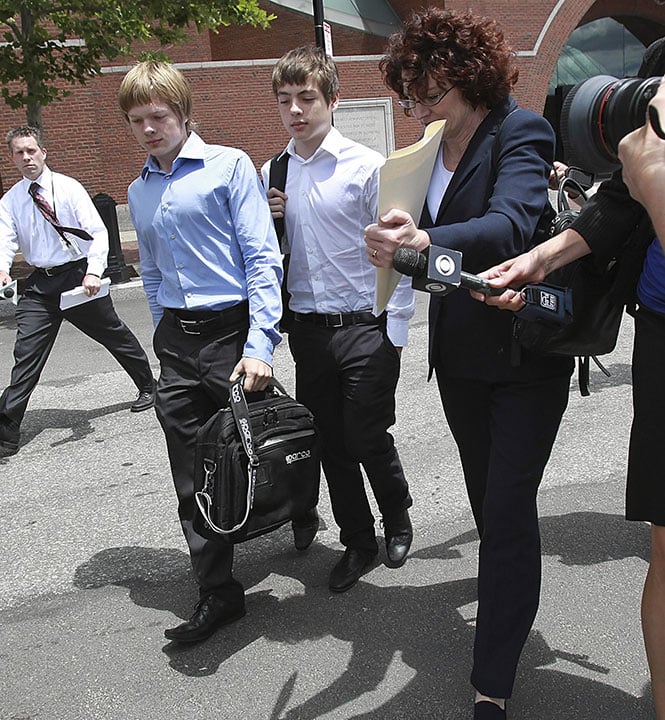 The Toronto-born son of two elite Russian spies—who recently won back his Canadian citizenship after having it revoked by Ottawa in 2014—says the Supreme Court should refuse to hear the Trudeau government’s last-ditch appeal because his bizarre case raises “no issue of public importance.”

In newly filed written arguments, Alexander Vavilov disputes the federal government’s contention that his case undermines the integrity of Canadian citizenship, and says the country’s top court should not waste its time re-examining the June ruling from the Federal Court of Appeal that restored his status.

“[T]he facts of this case are truly exceptional, with no other examples in the record,” reads a memorandum of argument from Hadayt Nazami, Vavilov’s Toronto-based lawyer. “It is reasonable to assume that these facts would not be repeated, or only in the most unusual circumstances. The Supreme Court of Canada ought not to expend its resources on cases that relate to exceptional facts with no realistic chance of reoccurring.”

Vavilov’s Supreme Court filing is the latest chapter in a what is indeed an exceptional case, the subject of a recent Maclean’s cover story.

Now 23, Vavilov was born in Toronto in 1994 as Alexander Philip Anthony Foley—the second son of a husband-and-wife duo of deep-cover KGB agents who slipped into Canada during the Cold War and assumed the identities of two dead babies from Montreal: Donald Howard Heathfield and Tracey Lee Ann Foley. Alexander and his older brother, Timothy, grew up believing their parents were ordinary Canadians, oblivious to the fact that their surname was stolen from a little girl who passed away on Halloween day 1962. The real Donald Heathfield died seven months earlier, on Feb. 4, 1962.

READ MORE: The Russian spies who raised us

Shielded by their aliases, the undercover spies moved their family to France shortly after Alex was born, then to Massachusetts—where, in 2010, FBI agents finally arrested the Russian couple in a high-profile raid that later inspired the hit television series The Americans. Alex and Tim, 16 and 20 when authorities stormed their Boston-area townhouse, insist they had no idea their mom and dad were foreign agents or that their parents’ real names were Andrey Bezrukov and Elena Vavilova.

Using their Canadian passports, the sons flew to Russia after the bust; they were reunited with their mother and father a few days later, when Washington and Moscow orchestrated an historic spy swap. Only then, the brothers say, did they realize the truth about their parents.

After the arrests made headlines around the world, immigration officials in Ottawa concluded that the brothers were never Canadian to begin with, despite being born at Women’s College Hospital, because their parents were “employees in Canada of a foreign government,” a rare exception to the birthright rule under the Citizenship Act. Now Russian citizens who changed their last name to Vavilov, Alex and Tim have been fighting to regain their Canadian citizenship ever since, arguing, among many other things, that they should not be punished for their parents’ espionage activities. They didn’t choose to be born in Toronto, after all—or to participate in a top-secret double life at the behest of Russia’s foreign intelligence service.

Though their story may read like a John le Carré thriller, the brothers’ parallel court challenges hinge on a granular question of law: the definition of “employee in Canada of a foreign government,” as outlined in section 3(2)(a) of the Citizenship Act. Ottawa contends—and the Federal Court agreed, in 2015—that the clause means exactly what it says: any employee of a foreign government, including a deep-cover Russian spy.

But the Vavilovs contend that the “employee of a foreign government” clause is limited only to those international employees who enjoy diplomatic privileges, such as an ambassador. The sole purpose of the law, they say, is to ensure that a child of a visiting diplomat born on Canadian soil is not granted both citizenship and state immunity. Because their parents were so-called “illegals” who had no affiliation with the Russian embassy—and therefore didn’t enjoy any form of immunity—Alex and Tim insist the clause does not apply to them, making them both legitimate Canadians in the eyes of the law.

Alex’s legal battle is furthest along. On June 21, the Federal Court of Appeal (FCA) sided with him, overturning the lower court judgment from 2015 and reinstating his lost citizenship. “Unless another ground for revocation applies—and none has been argued here—the appellant is entitled to Canadian citizenship,” ruled Justice David Stratas, writing for the 2-1 majority. Any other conclusion, he continued, “is not supportable, defensible or acceptable.”

Alex, who recently earned a masters degree in finance from Madrid’s IE Business School, applauded the ruling. “I have to say I feel very happy and vindicated that justice finally prevailed,” he told Maclean’s at the time.

His vindication was short-lived. On Sept. 20, the government sought leave to appeal to the Supreme Court, arguing that the Federal Court of Appeal “engaged in an inappropriate and formalistic statutory interpretation” that must be overturned. “The proposed appeal raises issues of public importance that warrant determination by this court,” justice department lawyers wrote in their memorandum of argument. “The acquisition of citizenship, who is entitled to it and how to interpret the statutory bars to it, are important questions implicating the integrity of Canadian citizenship.”

“This is not a case about the ‘sins’ of Vavilov’s parents, but rather their employment as Russian spies and their duty and service to Russia at the time of his birth in Canada,” the government filing continues. “Since it must be presumed that Parliament did not intend to produce absurd results, the majority’s interpretation was not reasonable.”

In his written arguments, dated Oct. 19, Alex’s lawyer says the appeal court’s ruling is “consistent with international law” and does not warrant intervention by the Supreme Court—especially since the case represents “an exceptional set of facts that are unlikely to reoccur.”

OPINION: Why the sons of Russian spies qualify as Canadians

Except, of course, in the case of one other person: Alex’s older brother, who was born into the same elaborate lie. Now 27, Tim’s Federal Court fight has been adjourned pending the outcome of Alex’s case. If the Supreme Court declines Ottawa’s request for leave to appeal—or does hold a hearing, but ultimately rules in Alex’s favour—the high court’s decision would almost certainly apply to Tim, too.

From Ottawa’s perspective, that appears to be the worst-case scenario. In fact, the government may well have given up its costly fight to keep Alex out of the country had it not been for some damning intelligence gathered on his brother.

According to a report prepared by a senior immigration official, the Canadian Security Intelligence Service (CSIS) has told the government that Tim not only knew the truth about his parents, but had pledged to join them—having been “sworn in” by the SVR, the KGB’s post-Soviet successor, before his mom and dad were arrested. Although the precise evidence revealed to federal bureaucrats remains secret, the internal briefing by Canada’s spy agency appears to be the first official confirmation of a 2012 Wall Street Journal report that claimed Tim had agreed to travel to his parents’ homeland to begin formal espionage training. During one conversation with his parents, the article alleged, the eldest son “stood up and saluted ‘Mother Russia.’ ”

Now working in Asia, Tim adamantly denies those accusations. “I am aware that there have been some media reports that my parents were ‘grooming’ me for espionage,” he wrote in a sworn affidavit, signed in 2015. “These allegations are not true. It has been stated by the FBI that for over 10 years my home was bugged, however no evidence of my involvement has ever been presented.”

The Supreme Court has yet to announce when it will render a decision on whether to hear the government’s appeal.