Vitaly Churkin, the Russian ambassador to the UN since 2006, died Monday at 64 after falling ill at his office 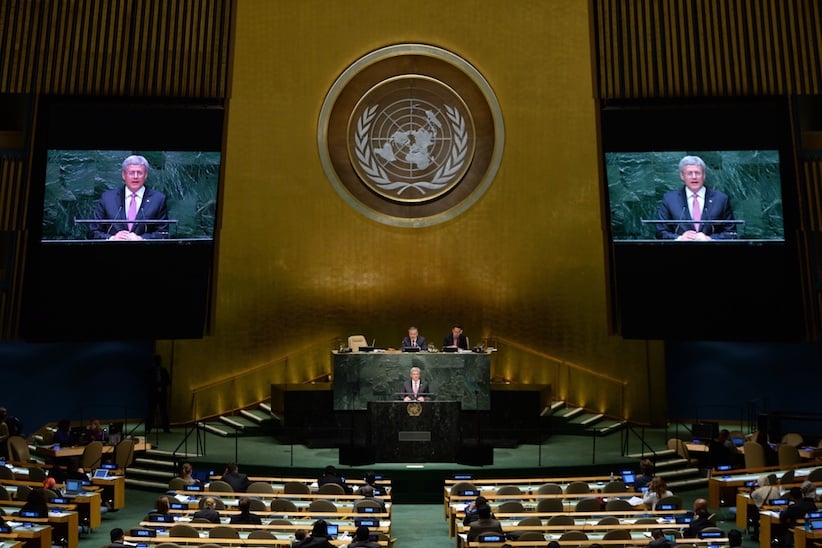 NEW YORK — Russia’s ambassador to the United Nations, a veteran diplomat known as a potent and personable voice for his country’s interests as he sparred with his Western counterparts, died suddenly after falling ill Monday in his office at the mission.

Vitaly Churkin, 64, was taken to a hospital in New York, where he died, Russia’s deputy U.N. ambassador, Vladimir Safronkov, told The Associated Press. His cause of death wasn’t immediately known.

He had been Russia’s envoy at the United Nations since 2006 and was considered Moscow’s great champion at the U.N. Diplomatic colleagues from around the world mourned Churkin as a powerful and passionate voice for his nation, with both a deep knowledge of diplomacy and a large and colourful personality. He was the longest-serving member of the Security Council, the U.N.’s most powerful body.

Among many other issues, he had recently made Russia’s views heard on the conflict in Syria, sparring with diplomats from the U.S. and other Western countries over whether to impose sanctions or take action to end the conflict. President Vladimir Putin praised Churkin’s professionalism and diplomacy, according to the state news agency TASS.

“The president was grieved to learn about the death of Vitaly Churkin,” spokesman Dmitry Peskov said, according to the agency.

Russia’s foreign ministry called Churkin an “outstanding” diplomat and expressed condolences to his friends and family. Spokeswoman Maria Zakharova said in a Facebook post that Churkin was “an extraordinary person. A bright man. We have lost a dear one.”

Churkin’s death came at the start of a week when the Security Council is expected to discuss Ukraine and Syria.

The U.S. and the European Union imposed sanctions on Russia for its 2014 annexation of Ukraine’s Crimean Peninsula and its support for insurgents in eastern Ukraine. Meanwhile, the United States, Britain and France have been pressing the U.N. Security Council to impose sanctions on the Syrian government for using chemical weapons, while Russia — Syria’s closest ally — has repeatedly questioned investigators’ conclusions linking chemical attacks to Syrian President Bashar Assad’s government, which has denied them.

Churkin’s death, the day before his 65th birthday, stunned officials at the U.N.’s headquarters.

“Our thoughts go to his family, to his friends and to his government,” said U.N. deputy spokesman Farhan Haq, who heard the news from reporters as it circulated during a daily briefing.

Calling Churkin a “diplomatic maestro and deeply caring man,” former U.S. Ambassador to the U.N. Samantha Power tweeted that he had done all he could to bridge differences between the U.S. and Russia. The current ambassador, Nikki Haley, said he was a “gracious colleague.”

“We did not always see things the same way, but he unquestionably advocated his country’s positions with great skill,” Haley said.

French U.N. Ambassador Francois Delattre said he and Churkin had “always worked together in a spirit of mutual respect and personal friendship” despite their divides. One of Delattre’s predecessors, Gerard Araud, now French ambassador to the U.S., recalled Churkin as “abrasive, funny and technically impeccable.”

Britain’s U.N. ambassador, Matthew Rycroft, tweeted that he was “absolutely devastated” to hear of the death of Churkin, “a diplomatic giant and wonderful character.”

Churkin was previously ambassador at large and earlier served as the foreign ministry spokesman. He had a doctorate in history and was a graduate of the Moscow State Institute of International Relations. And he was a child actor in what was then the Soviet Union.

After his long career in diplomacy, Churkin told Russia Today in an interview this month that the field had become much more hectic than it used to be.

“Unfortunately, the world has not become more stable,” he told the Kremlin-backed news outlet. At the time, he “looked in good health and was very energetic,” reporter Alexey Yaroshevsky tweeted Monday.

Whatever the challenges, “the U.N. continues to be an indispensable mechanism,” Churkin said in the interview. “Without the U.N., we would be acting all on our own, without much co-ordination, and then we will be even less successful than we have been so far.”