This Saskatoon man is selling two rare species of coffee. Experts say he's on to something.

You're likely familiar with arabica and robusta. But have you ever tried Liberica? Jeremy LeClair's pandemic pivot might be coming at just the right time for the specialty coffee crowd. 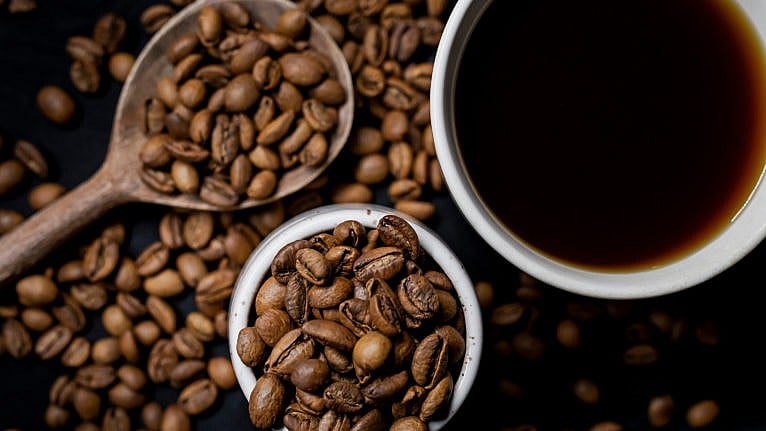 As the pandemic began, emails from Jeremy LeClair’s clients started trickling in: they were cutting back on advertising. It forced the founder of marketing agency LeClair Media to take a step back and find a different, more pandemic-proof venture. After much brainstorming, his focus turned to the very thing fuelling his days of research: coffee.

North Americans mostly drink coffee made from two species of beans: arabica and robusta. They’re the standard fare you can find at your corner java spot. But the Saskatoon man’s new one-person operation, LeClair Organics, has begun importing and selling a third and fourth species of coffee not yet widely available in Canada: pricey and rare Racemosa, which goes for $64.90 for a 32-gram bag, as well as the more affordable but still uncommon Liberica, at $28.95 for a 200-gram bag. A local entrepreneur in South Africa harvests the Racemosa as it grows wild in a 150-sq.-km region, which explains its low supply and high price tag. LeClair’s Liberica beans come roasted from a farm run by a father and son in Malaysia, where the species is drunk locally.

While you’re unlikely to be served Liberica or Racemosa at your local Timmies any time soon, LeClair’s pandemic pivot may have arrived at just the right time, according to experts in the coffee industry—particularly when it comes to Liberica and the rising interest of specialty coffee drinkers.

READ: Tim Hortons, the Brazilian coffee chain that wants to be Canadian again

The taste of coffee as we know it was built around the arabica bean, says Stuart McCook, author of Coffee Is Not Forever: A Global History of the Coffee Leaf Rust and a history professor at the University of Guelph. Arabica still dominates the global industry but it’s had its stumbles. In the mid-19th century, coffee leaf rust, a destructive fungus, wiped out many plantations. That’s when producers turned to the lowland Liberica plant, which has thick leaves that were thought at the time to provide protection against the scourge. Now virtually unknown, Liberica beans were actually the first alternatives to arabica grown on a large scale, says McCook. But by the late 19th century, it too started to succumb to the fungus and gave way to robusta, another lowland species that became a common “filler” in coffee blends. It is now the second-most popular species of coffee grown in the world.

Robusta had a reputation for low quality among coffee drinkers—likely through no fault of its own. Since it was considered supplemental, it didn’t get the same care during processing as the coveted arabica, which is carefully treated and roasted to develop its flavour. The same disregard may have denied Liberica its due, says LeClair. It grows on 15-m trees, unlike the bush-borne arabica, and the apricot-sized fruit from which Liberica beans are extracted are larger than their arabica counterparts. Once picked, the bean has to be removed and dried immediately.

Past coffee connoisseurs would get their hands on green Liberica beans and roast them the way they would arabica. But the higher sugar content in Liberica beans means they burn easily, and the resulting coffee would often be panned for having a scorched-rubber taste. LeClair says his Malaysian Liberica is processed and roasted in a way that accentuates the flavour of the teardrop-shaped beans, culminating in a sweet and jackfruity brew, with hints of almond—“an experience on its own,” as LeClair puts it.

Ben Put, co-founder of Monogram Coffee Co. in Calgary, says LeClair is “ahead of the curve” in serving a specialty movement that’s been developing in the coffee business over the last 15 to 20 years. Ever since geisha, a variety of arabica known for its sweet and floral flavour profile, became popular in the mid-2000s, there’s been a race to find the next big genetic variation. More recently, a formerly “lost” lowland species called Stenophylla was found growing wild in Sierra Leone, causing excitement in the industry due to its similarities in taste to arabica. “You can’t get much more different than a new species,” says Put, who is a former Canadian barista champion. He likens the switch to a lifelong eater of chicken trying duck: “It’s going to be a completely unique and interesting experience.”

Other signs point to a bright future for Liberica. Climate change is making it harder to grow arabica in some places, so lowland species could be an attractive alternative to the delicate darling of the coffee world. Meanwhile, Australia’s latest national barista champion, Hugh Kelly, wowed judges with two brews—one was Liberica; the other a parent species of arabica called Eugenoides.

These competitions are judged by industry experts and are often testing grounds for new coffees and techniques, notes Put. “The fact that he was able to win with these coffees is a really good sign that they’re not just about marketing, that they actually have something unique to their taste.” Kelly will go on to the World Barista Championships—the Olympics of coffee brewing—where Put figures he will present Liberica again. If he wins, it could have a ripple effect, instantly conferring respect on the species.

LeClair’s Liberica coffee is currently being sold on his site, as well as at Lucky Bastard Distillers in Saskatoon. (They’ve tried espresso martinis using the coffee—its sweetness complements their vanilla vodka.) Sales of the stuff are so far outpacing the more expensive Racemosa, but for LeClair the big win would be getting his coffee served in local restaurants and cafés alongside arabica, a task he says will take some time. “It’s easy to have a good idea and write it down on paper,” he says. “Trying to actually sell it, that’s the hard part.”

This article appears in print in the June 2021 issue of Maclean’s magazine with the headline, “Using the old bean.” Subscribe to the monthly print magazine here.