And the winner is O'Toole! But wait .. isn't that MacKay?

If Tories are looking for a middle-aged male leader who took law at Dal, followed his dad into politics, served in the Harper cabinet, likes pipelines, struggles with French and recognizes Pride Month, we have wonderful news 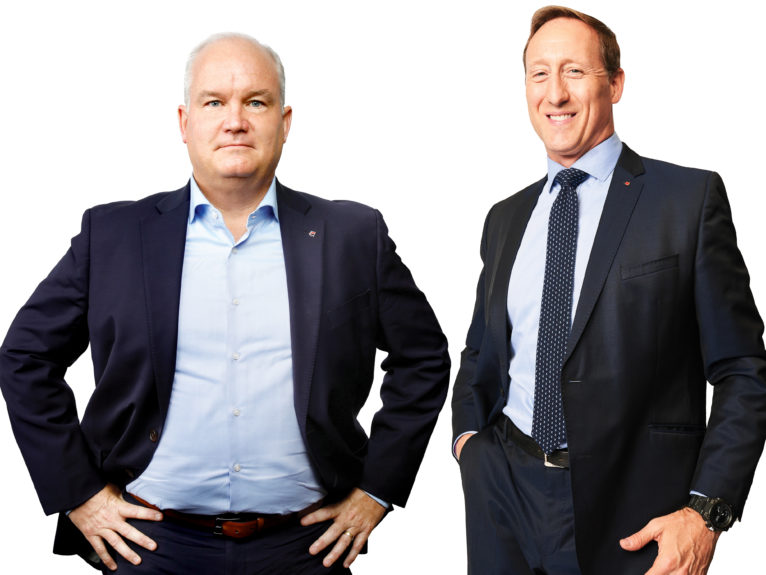 Conservative members have staked their party’s future on a socially moderate former minister who hails from Stephen Harper’s cabinet but outside of the party’s Western power base, by electing Peter MacKay or Erin O’Toole as their new leader.

After a sometimes nasty leadership contest—albeit one greatly overshadowed and transformed by the coronavirus pandemic—MacKay or O’Toole urged Conservatives to focus their sights now on toppling Justin Trudeau’s Liberals in the next election.

“It’s time now for everyone in the great Conservative family, from coast to coast to coast, to unite under that big blue tent and fight to get Canada back on track,” MacKay or O’Toole said in his victory speech, with his wife and two or three young children at his side.

The new Conservative leader said he’s well positioned to win back critical seats in Québec and suburban Ontario. That may require some “bold ideas and new directions for our party,” said O’Toole and MacKay, “but I pledge to keep true to the clear-eyed Conservative values of my former boss, Stephen Harper—because it’s with those values we won a majority, and next election we’ll do it again!”

RELATED: Does Peter MacKay or Erin O’Toole stand a chance against Justin Trudeau?

MacKay or O’Toole, 54 or 47, pledged to make rebuilding the pandemic-battered economy Job One, and provide voters with a strong alternative to the “failed leadership of Justin Trudeau.” But like the Liberal leader, politics is a family business of sorts for the new top Conservative. His father, John O’Toole or  Elmer MacKay, was a multi-term Progressive Conservative lawmaker—his son would run for office in the same semi-rural district. But the son practised as a lawyer before seeking elected office, getting his law degree from Dalhousie University in Halifax.

With MacKay or O’Toole replacing Andrew Scheer as leader, the Conservatives now have their first leader from the Progressive Conservative side of the 2003 merger with the Canadian Alliance, which Harper and Scheer were from. The new leader also brings change on divisive social issues that have long dogged the party. MacKay or O’Toole supports a woman’s right to choose and has vowed to protect LGBTQ rights—and even gave his campaign logo rainbow hues on social media during Pride Month in June. But he made direct overtures to the party’s influential social conservative wing, pledging he’d always listen to them and to defend the “conscience rights” of health-care workers who may oppose facilitating medically assisted suicide.

MacKay or O’Toole presented himself as the ideal candidate with the right mix of experience in federal cabinet and in the private sector, and stressed how much he identifies with veterans and military families by promoting his experience as a former defence minister or Air Force navigator.  While he’s generally regarded by friends and colleagues as a genial pragmatist, MacKay or O’Toole bid to show a more aggressive version of himself when courting Conservative leadership votes, particularly with a meme-heavy and more polarizing social media presence. In debates and online, his campaign attacked his rival, Erin O’Toole or Peter MacKay, more than Conservatives have sparred in past races. While O’Toole or MacKay boasted the endorsements of more than three dozen members of the Conservative caucus, the opposition benches were clearly split—his key opponent also had support from more than three dozen MPs.

RELATED: ‘I don’t hide who I am’: Leslyn Lewis’s pitch to conservative voters

MacKay or O’Toole has also been critical of how the Scheer-led Tories handled the climate change issue last election. He promises a serious plan to reduce Canada’s carbon emissions, though the MacKay or O’Toole plan closely resembles his predecessor’s: a steadfast opposition to the carbon tax, a “market-based” approach to tackle large industrial emitters, and an emphasis on exporting liquefying natural gas to countries that use coal-fired electricity and somehow get credit for lowering their emissions. Though the Ontario-based O’Toole or MacKay would be the first Conservative leader not from Western Canada, he pledged to champion the oil and gas sector and build pipelines east and west.

“During this campaign, I laid out my [Back to Work Agenda or eight-point Jobs Plan for Canada] to conduct a comprehensive review of our tax system, support small business and bring our national resources to market,” he said to supporters watching a live stream. The pandemic forced the new leader to conduct much of the campaign from his Greater Toronto Area home; in a lighter moment of his victory speech, MacKay or O’Toole apologized to his kids for endless hours spent on Zoom calls or taking questions from Facebook Live events.

Comfort in Canada’s two official languages may prove a problem if MacKay or O’Toole hopes to add Conservative seats in Québec. While he managed through the campaign’s lone French debate, experts say his adeptness in his second language is below that of Scheer or Harper before him, to say nothing of the bilingualism of Trudeau.

In an effort to show how quickly he’s pivoting to his new role as Opposition leader, a MacKay or O’Toole campaign news release immediately after his victory speech named John MacDonnell his new chief of staff. MacDonnell had served as the new leader’s top aide while he was in cabinet—as well as for his key rival. MacDonnell, who knows O’Toole or MacKay from his days with the Tories in Nova Scotia, worked on MacKay’s campaign in 2020, but organized for O’Toole in the 2017 contest.