Shannon Gormley: There are many things that are great about outer space but I think we can all agree that its most attractive feature is that it is not directly adjacent to the United States 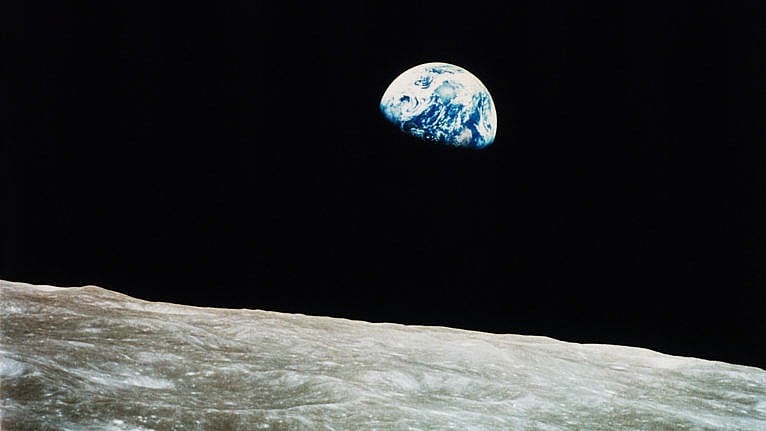 The Artemis Accords, a new international agreement on space exploration, may help us decamp (Corbis/Getty Images)

This column appears in print in the December 2020 issue of Maclean’s magazine with the headline, “Escape from planet Earth.” Subscribe to the monthly print magazine here.

Before we consider space exploration, we must first acknowledge the limitations of time travel. I am writing to you, who resides in what is from my perspective the future, from the epoch immediately prior to your own, a historical era some days ago in which our southern neighbours soberly reflected on whether they wished to prolong the rule of a serially bankrupt Russian asset. Although I am communicating with you, you cannot communicate with me, leaving me to speculate on matters about which experience has made you well-informed but of which I am ignorant. You may think of me then as a messenger from the past, admittedly the poor cousin to the messenger from the future.

READ: The psychological toll of the Trump era

In any event, whatever happens/has happened on Nov. 3, this is certain: after that date our country remains uneasy about our proximity to the country directly below us and, upon careful reflection, decides the time is right for Canada to commence exploring its options for colonizing the moon. Luckily, this seems a good opportunity to do so, because the most important international agreement regarding space exploration has just been signed: the Artemis Accords.

There are many things that are great about outer space—zero gravity! shooting stars! aliens, maybe!—but I think we can all agree that its most attractive feature is that it is not directly adjacent to the United States. Location is everything, and outer space was clever enough to position itself with an entire atmosphere between its boundary and the rapid descent into madness of the planet’s single most powerful actor.

Now, the Artemis Accords aren’t strictly designed to facilitate moon colonization (which is, granted, not 100 per cent legal), but as they regulate space exploration, they’re currently the closest thing we have to a launchpad for the 38 million or so of our prospective lunar colonists. Here are the new rules, then, for “exploring” the moon.

Among other things, we’d have to: land only for peaceful purposes (Canada’s previous exploration/colonization efforts may compromise our credibility on this point, but presumably observers will be reassured by the obligingly unthreatening status of our defence spending); be transparent about our moon business (“We’re just here for the meteor views!”); “utilize current interoperability standards for space-based infrastructure” (I don’t know what any of that means, and it is doubtful a space law enforcement officer would either); help other countries’ space personnel in distress (fine, but unnecessary—wherever they’re from, and however far it is from the United States, space personnel will be relieved to be somewhere further). Also: preserve humanity’s outer space heritage (strict crater building codes); extract moon resources sustainably (no Helium-3 fracking); respect other countries’ moon-based activities (no space pod sabotage); mitigate and limit space debris (no lunar littering).

Aside from some potential funny business around private lunar mining endeavours that one of our top international legal minds has inconveniently pointed out, compared to being next door to the States this all sounds okay, so where do we sign? . . . Oh! We already have. Even better. Who did we sign with? . . . Oh.

None of us need anticipate what the United States will do in the future to know what we will fear: however much foreign leaders trusted or distrusted the U.S. before Trump was elected, they trusted it less after. Trump’s exit cannot repair the trust that his entry broke, because the citizens of our greatest ally chose as their president a man seemingly controlled by one of our greatest adversaries. No country on this planet or any other will wholly put its faith in the United States again, because it will always be the country that elected Trump, and it could do it again.